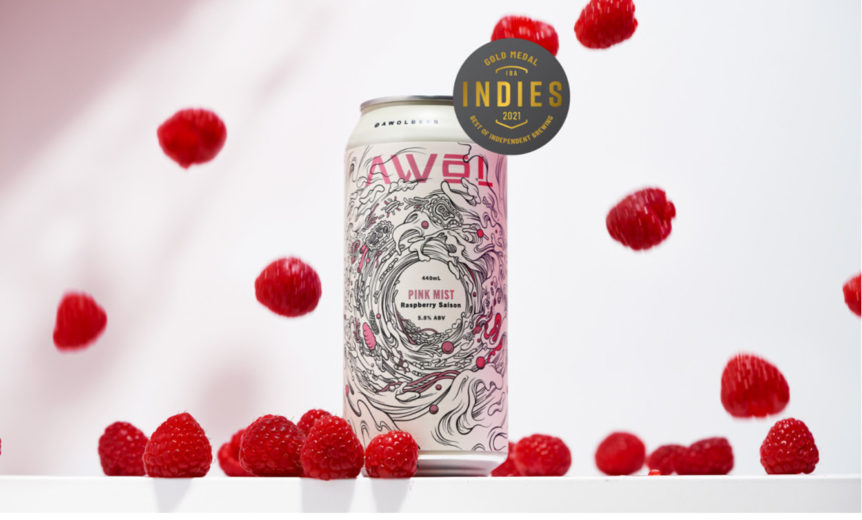 The annual Australian Independent Beer Awards (aka The Indies) is Australia’s largest independent beer competition and provides an opportunity for brewers to benchmark their beers while recognising excellence within the brewing industry.

For the second year running this year’s event was held as a virtual ceremony, streaming from a Melbourne studio due to the impacts of the pandemic. A number of official parties took place throughout the country, with a stack of breweries getting along to their nearest participating party venue to make the night special.

On the evening of Thursday, 25 November a Black Hops contingent got along to the Brisbane party locale, at Easy Times Brewing in Woolloongabba.

With the judging panel assessing over a thousand beers, we knew that getting a gong on the night wasn’t going to be easy. So at the conclusion of a boisterous night we were stoked to walk away with a Black Hops record haul of 24 medals.

Our two Gold Medal beers on the night were for Ichibaan (a Koji Gose created by our brewing legend Toshi) and Pink Mist (a barrel aged Raspberry Saison and also a 3 time AIBA gold medal winner). Both these beers are firm favourites with our customers and staff and we were very proud that they were recognised for excellence within the industry. A big shout-out to our entire production team for their tireless efforts in the pursuit of making the best beer we can.

We entered our beers in both the draught (can) and packaged (keg) categories, which were judged separately. Here’s the breakdown of our medal winning results:

As well as being a big night for us, the evening was also a major validation of the entire independent brewing fraternity. A few of the big winners on the night included;

We were also stoked to see gold medals for new locals Madocke and Precinct Brewing from the Gold Coast.