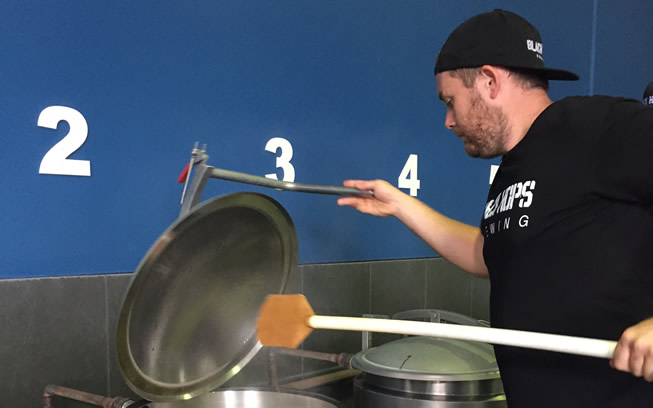 In our last post, I mentioned the 4 events we’ll be sending beer to (and attending) at Brewsvegas. We committed to all of these events a while ago but we still had one problem to solve. We don’t have a brewery.

That presented quite a challenge since we couldn’t just contract brew one batch somewhere and use 4 kegs of it, because each event required a unique beer.

The first thing we needed to figure out is what to brew. The Flavours of Tamborine event on Sunday 22 March had to be something that represented Mt Tamborine. The others 3, could be whatever we wanted.

Following our Eggnog Stout in September last year, we brewed 10 more pilot batches. That gave us a good idea of what to put out next. Out of those pilot batches, 3 beers stood out:

So with that in mind, we came up with the following 4 beers for Brewsvegas.

With that decided, we then had to figure out how we could make 4 different commercial beers for the events.

Where and how to brew

We don’t have our own brewery (yet), and because we had to do 4 unique brews, it was hard to work out how to get it done. Govs came up with the idea of making the wort on our pilot system and heading down to Pickled Pig in Tweed Heads to do the boil and fermentation.

Pickled Pig isn’t an all grain brewery which meant we couldn’t do the whole thing there. But it made things a lot quicker to do the boil there (stagnated 30 minutes apart on different kettles) and the rest of the process.

Govs ran the idea past Paul from PickledPeg, who was keen, so we locked in a brew date.

We made the wort for all 4 beers in one day in Gov’s garage. The plan was to store the wort in cubes in the fridge at Pickled Pig and return a week later to brew all 4 batches.

Naturally we needed a lot of these: 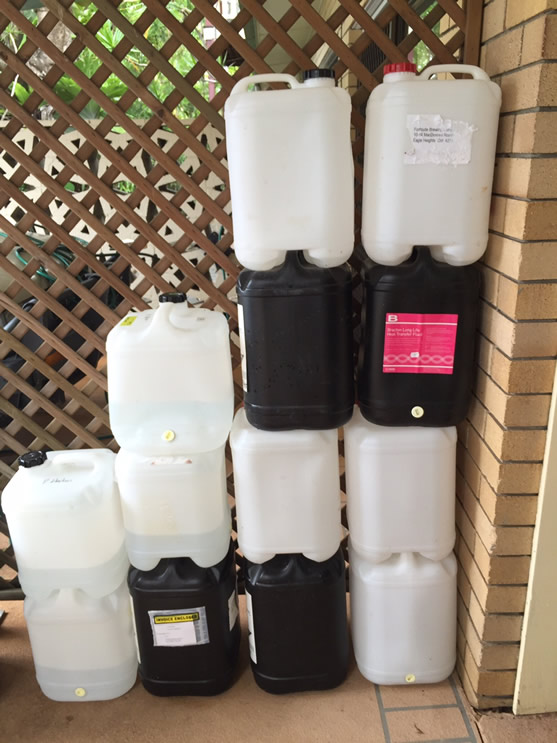 We had the grain milled and ready to go for all 4 brews: 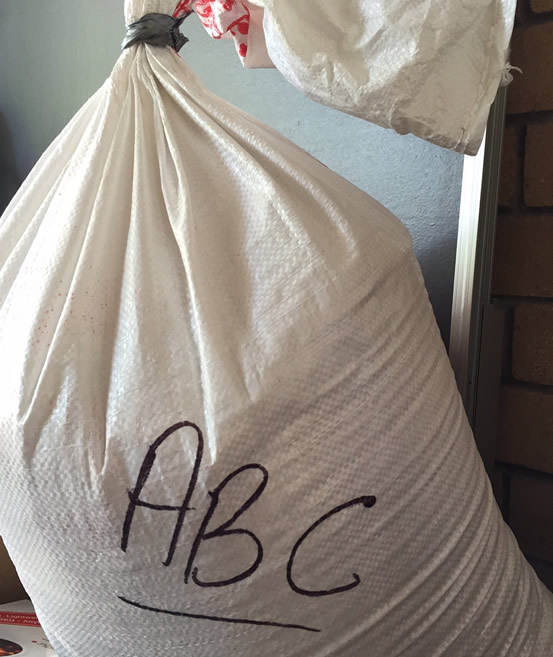 Here’s Eddie making a start on the first batch: 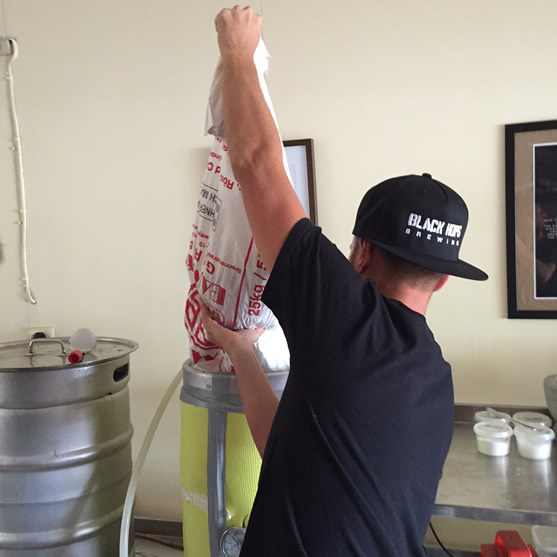 It was a pretty long day doing the mash 4 times, but we got what we were after. A shitload of full cubes filled with wort. 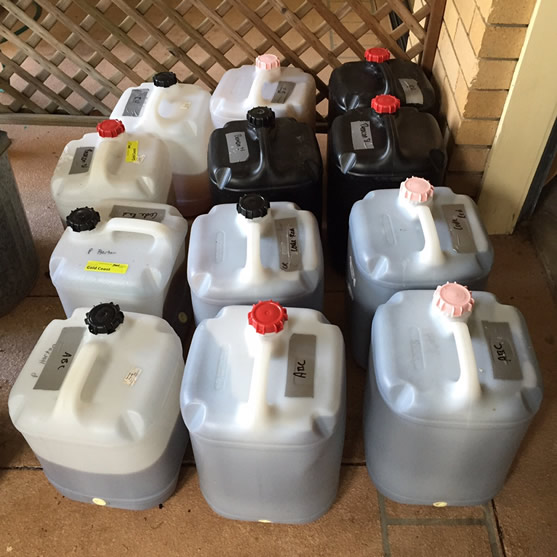 The week after, we headed to Pickled Pig to finish the process. Everything was well organized, we poured the wort in and fired up the kettles in 30 minute increments so we had enough time to knock out the beers one by one into the fermenters. 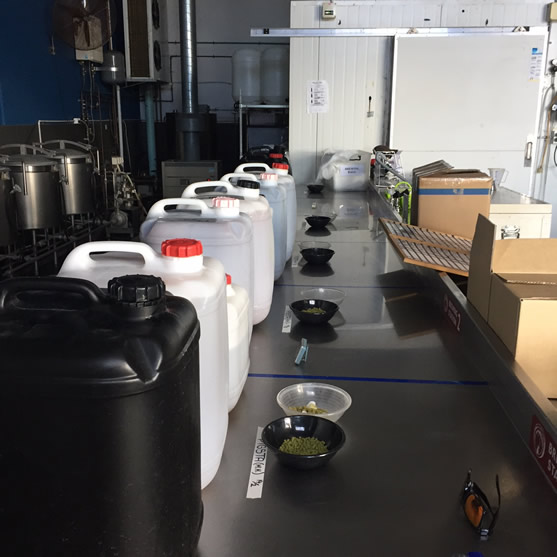 The kettles, all lined up, nice and simple. 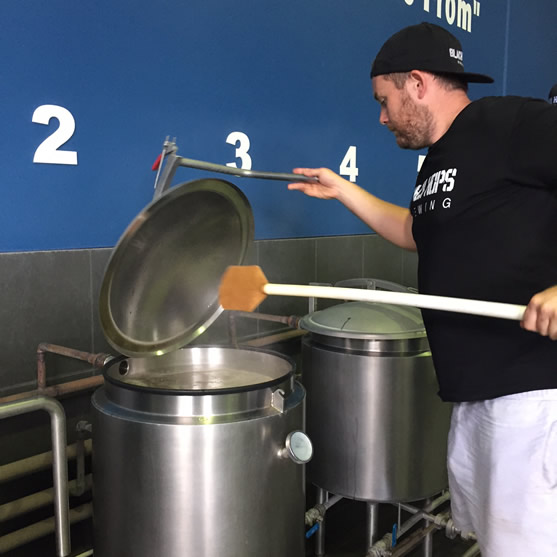 Me getting the whirlpool going: 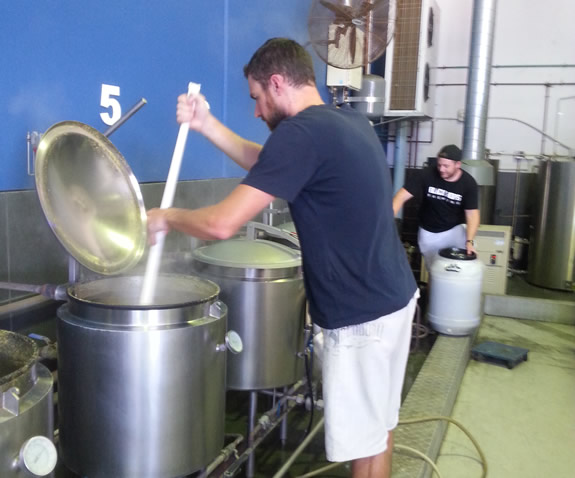 Eddie and Govs returned the following week for the dry hopping. 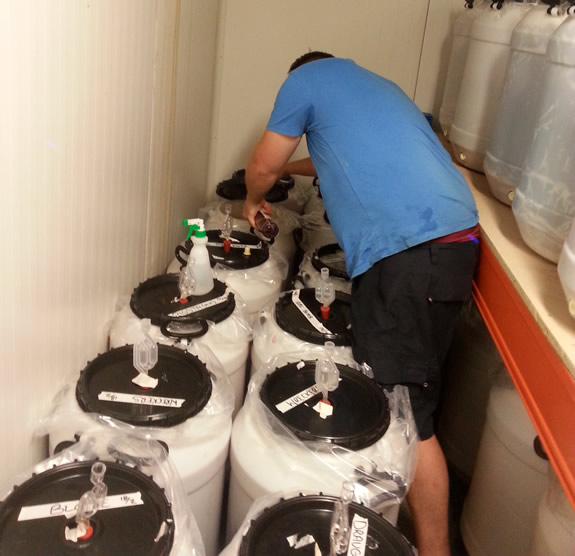 We’ll be kegging the beer soon in preparation for Brewvegas next month.

Brewing at Pickled Pig in this way, meant we could do all grain brews, at a non all grain brewing facility. We needed a licensed facility to handle the excise requirements, but it didn’t mean we had to do the entire process there. It’s definitely not the ideal way to make beer, and it was pretty labour intensive. But for small batches like this, it’s not a bad option for us while we work out how to get our own space.

As for how the beers taste, you’ll have to come along to one of the 4 events and find out.