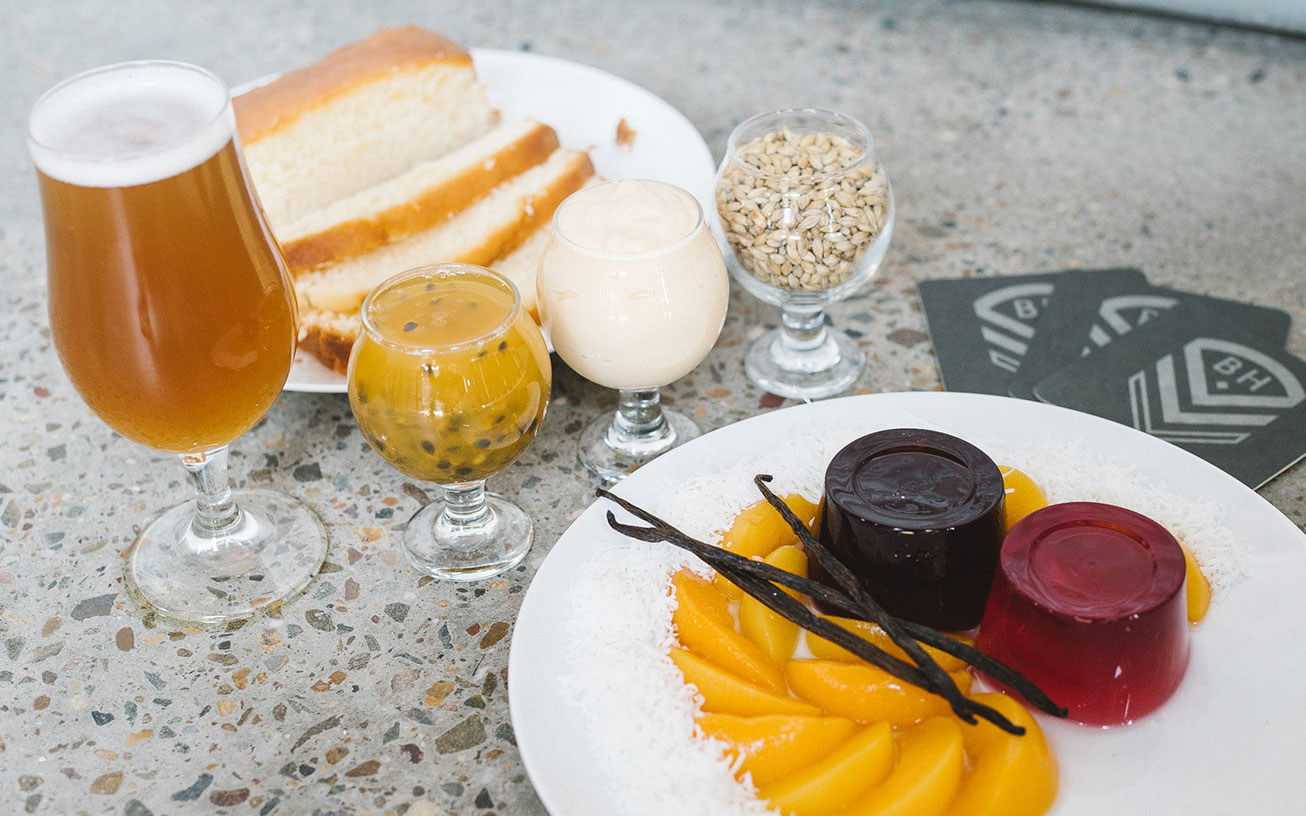 On the rise Gold Coast trio Black Hops Brewing are set to launch an all out assault on this year’s Great Australasian Beer SpecTAPular (GABS). And the not-so-secret weapon in their amber arsenal is a one of a kind beer brewed especially for the event, which they’ve christened Assault Trifle.

With local beer connoisseurs now spoilt with an abundance of exotic and left-field craft beer options, what exactly does this intriguing concoction bring to the table? In the words of head brewer Michael (Govs) McGovern; “We wanted a beer inspired by sponge cake so we had a good think about how to do that and decided to throw a sponge cake into the beer!”

So what does it taste like? Think classic American pale ale infused with the flavours of an English trifle style sponge cake if you please. Once the amber hits your palate you’ll be immersed in delectably subtle hints of cream sherry, toasted coconut, madagascan vanilla and milk sugar, with plenty of fresh fruit on the side. Clearly this beer is not one to be trifled with! 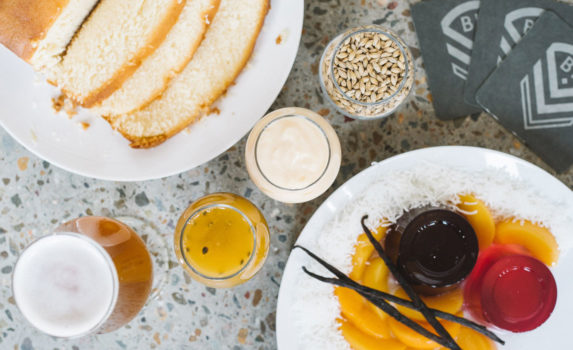 If you are thinking sickly sweet then think again. Eddie Oldfield, one third of the Black Hops Brewing team, elaborates; “the challenge with brewing a beer for GABS is being creative without being too over the top. In the end we are beer lovers who want to make good beer. What I love about Assault Trifle is the aroma and flavours are there but it doesn’t taste like cake, it’s just a nice tasting beer, inspired by Trifle”.

From 20 – 22 May the boys will be taking aim with their Assault Trifle brew and heading down to Melbourne to compete in the Great Australasian Beer SpecTAPular (GABS), an annual showcase for craft brewers from all over Australia. The Black Hops boys made quite an impression at last year’s event with their “Kill Patrick” oyster stout and Dan Norris, the third player in Black Hops, is excited by the possibilities of Assault Trifle making an impact with the judges this year; “Coming 13th out of 120 at our first GABS Festival last year was a huge thrill, and we’re hoping we can crack the top 10 this year!” With the track record and pedigree that Black Hops Brewing have already established in their short existence, there’s every chance that Assault Trifle will go off with a bang!

The remainder of  2016 promises big things in the world of Black Hops, with the boys moving from brewing out of other venues to bringing operations in-house and launching their very own brewery. You can find the cellar door in the idyllic surrounds of The Gold Coast’s Burleigh Heads, just 2 streets from the beach, with 8 on-site made beers on tap.