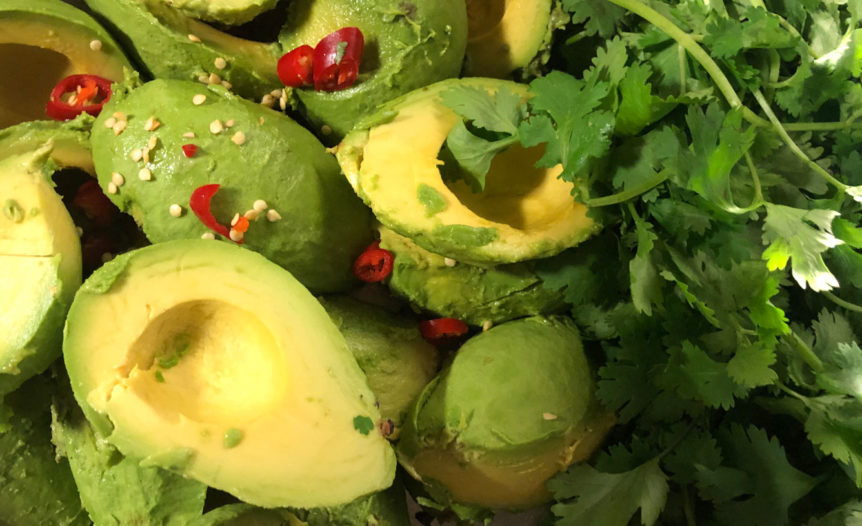 Gold Coast independent craft brewery, Black Hops, have brewed a beer using Avocado from one of their customers’ farms.

The beer has been brewed as a single malt and single hop (referred to as SMASH) ale, using Barrett Burston Border Malt and citra hops, as well as coriander, lime juice, chilli and of course smashed avocado – 17 kilograms of it, to be precise!

Marty from Bularka Farming, a 700-tree Avocado Farm in Cudgen in Northern NSW, is a Black Hops Taproom customer and was more than happy to supply a bunch of avocados for the beer.

But don’t expect a green beer that tastes like Guacamole, Black Hops Co-founder and Brewmaster Michael (Govs) McGovern explains “The Avocado adds a smooth mouthfeel to the beer, and we compliment that with fresh coriander, lime juice and a hint of red chilli. But despite the interesting choice in ingredients, our beers are always brewed to be balanced and enjoyable examples of their style”.

The SMaSHed Avo Ale will be launched at Black Hops’ Spring Celebration event at their Burleigh and Biggera Waters taprooms on Saturday October 26.

The day also marks the inaugural Indie Beer Day (a new initiative by the Independent Brewers Association), which will include a national synchronised toast with over 200 other indie breweries.

In addition to the Smashed Avo Ale, Black Hops will also be brewing another four unique spring-inspired beers especially for the occasion featuring ingredients such as Blackberries, Cucumber, Mint, Mango, Ginger, Pineapple & Lime. The details of these other beers will be made available in the lead up to the Event.

All of the beers will be available in limited quantities, on tap and in cans, on Saturday, 26 October from Midday at the Black Hops Taprooms in Burleigh Heads (HQ) and in Biggera Waters (BHII).

Black Hops have been rapidly building their reputation as a quality brewer of experimental beers, making on average one unique new beer a week over the last 12 months. Sitting alongside their regular ‘core range’, available all year round, these creative concoctions have featured prominently at festivals such as GABS and as limited run beers at the Black Hops Taprooms.

If you are interested in covering Black Hops there is more information up at our media page.