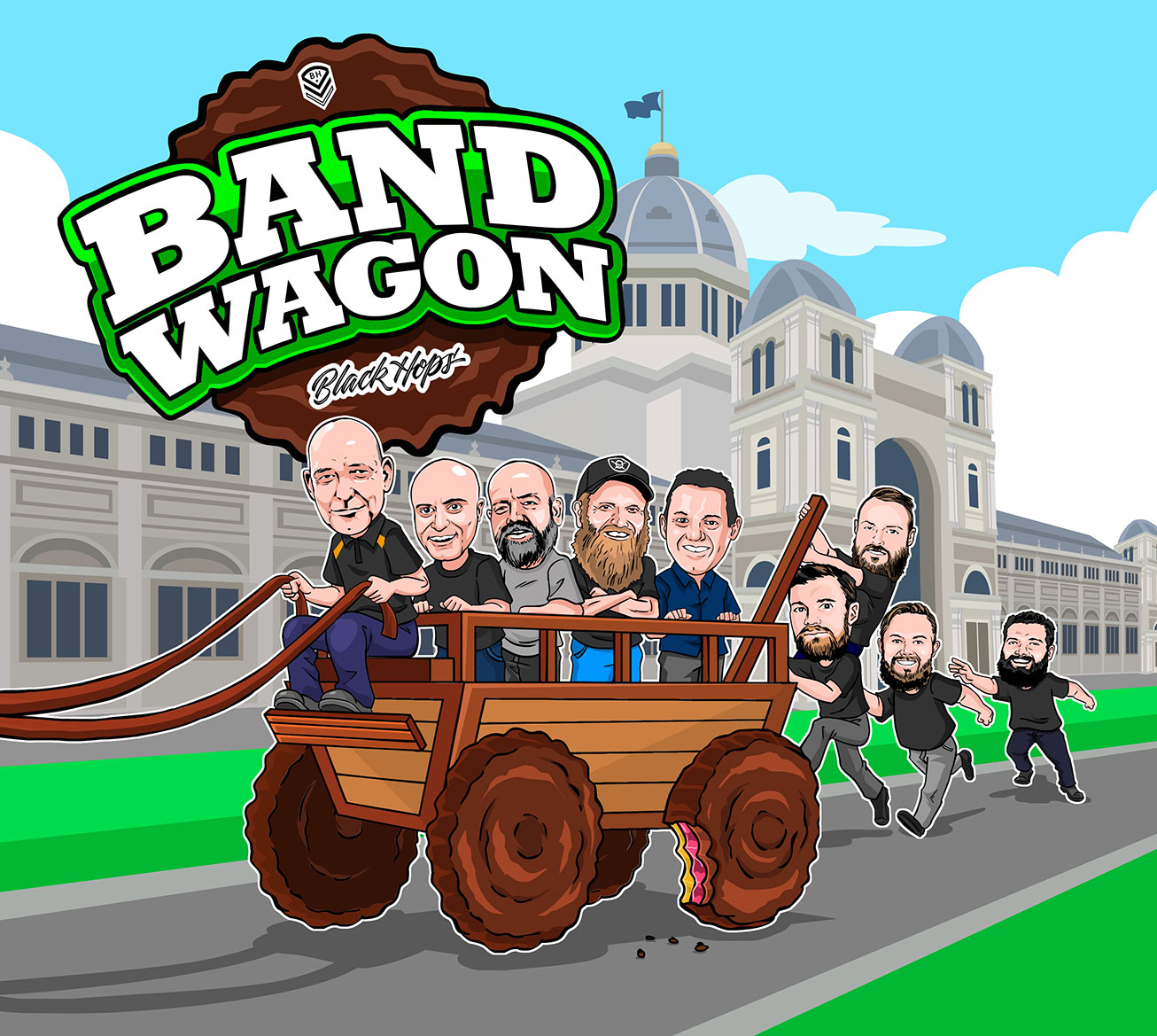 GABS is an annual festival for craft brewers from all over Australia to showcase one-off, creative beer recipes and is one of the biggest events on the beer calendar. Having previously created Assault Trifle, a dessert beer and an oyster infused stout called Killpatrick, this year the boys have come up with a beer that they’ve christened Band Wagon.

In short, Band Wagon is a stout inspired by the classic Aussie biscuit, the Wagon Wheel. The thick and robust characteristics of a sweet stout have been infused with marshmallows, chocolate, vanilla, raspberry jam and biscuits to deliver an authentically unique dessert beer. In the words of Eddie Oldfield, one third of the Black Hops triumvirate: “It’s always pretty stressful to get all the ingredients in a beer like this to work together, but we managed to nail it straight up, we could taste all the flavours blending smoothly with this rich, slightly sweet stout.”

With beer connoisseurs now spoilt for choice when it comes to left field beer options, is this a Band Wagon worth jumping aboard? Says head brewer Michael ‘Govs’ McGovern; “The past few years at GABS has been all about dessert beers, almost to the stage of it becoming a bit of a cliche. So we were originally tempted to come up with something totally different, but then we thought, what the hell, let’s jump on the band wagon and give them a real-deal dessert beer that they won’t forget in a hurry!”

Team Black Hops are hitching their wagon down to the GABS Melbourne event, from 19 – 21 May, to unleash Band Wagon upon the public. Having scored with their beers at previous events, Black Hops’ Dan Norris is excited by the potential of Band Wagon making an impact this year; “We’re all really pleased with how the beer has turned out. It will also be the first Black Hops beer to hit the international market (for the Auckland leg of the event) which is exciting! I think that another top 10 GABS finish is not out of the question”

The remainder of  2017 promises big things in the world of Black Hops, with the boys looking to consolidate their first 12 months of brewing operations, expand into other parts of Australia and continue to deliver a top shelf array of fresh beers in cans, bottles and on tap.