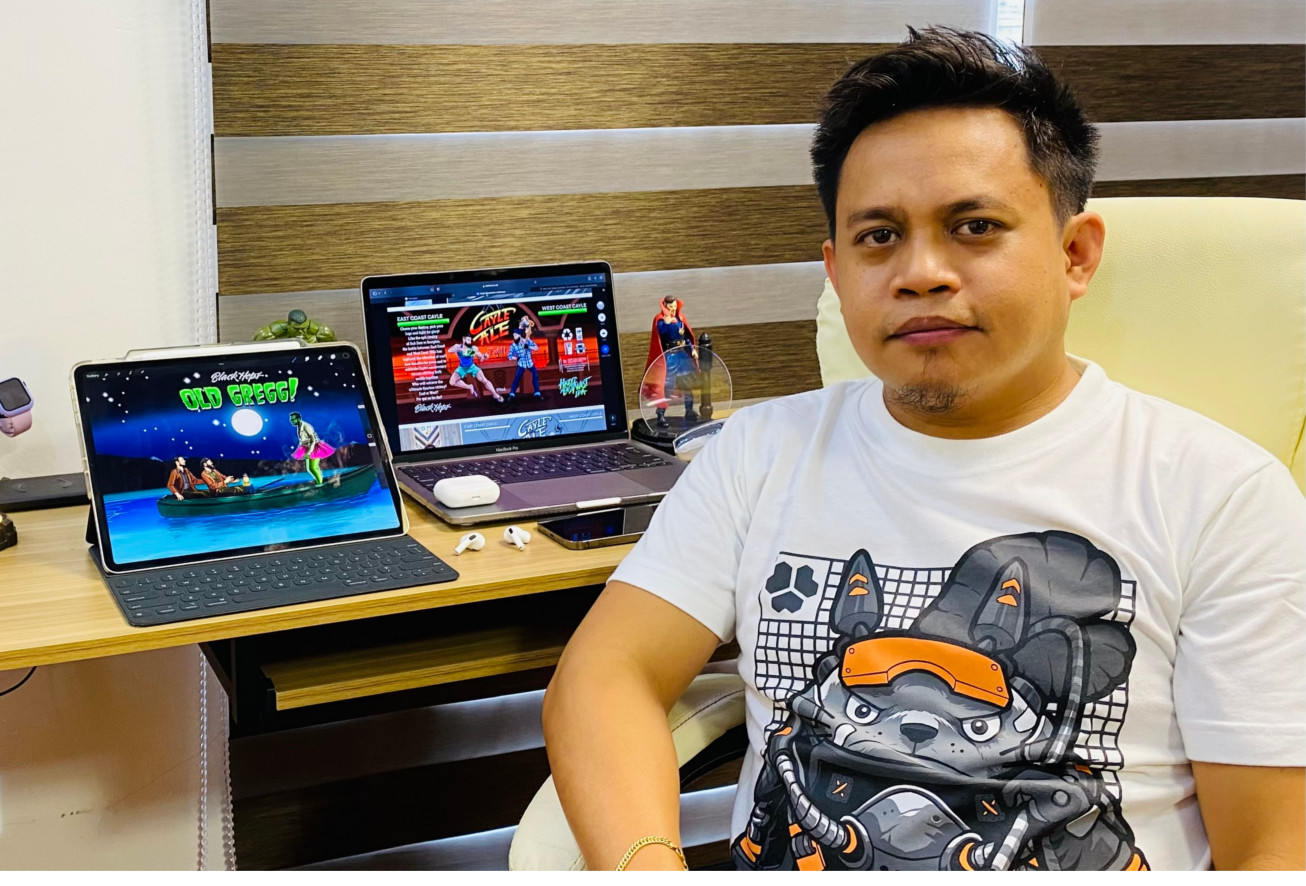 Here at Black Hops the design process is something that we love! So we thought we’d run with a series of posts that shines the spotlight on some of the designers we collaborate with for our beer can designs.

In our first Design Spotlight series we got to know Troy Cochrane of Troy Designs, who has designed over 30 beer cans for us. Check it out here.

Time to meet our next designer in this series.

Daniel, who’s based in The Philippines, first started out working with me when I got him to design some 2D animated images for a podcast I did at the end of 2016.

From there I worked with him to put together the design for one of our first GABS Fest beers, Bandwagon Dessert Stout. He’s since worked on over 40 can designs for us!

Getting to Know Daniel 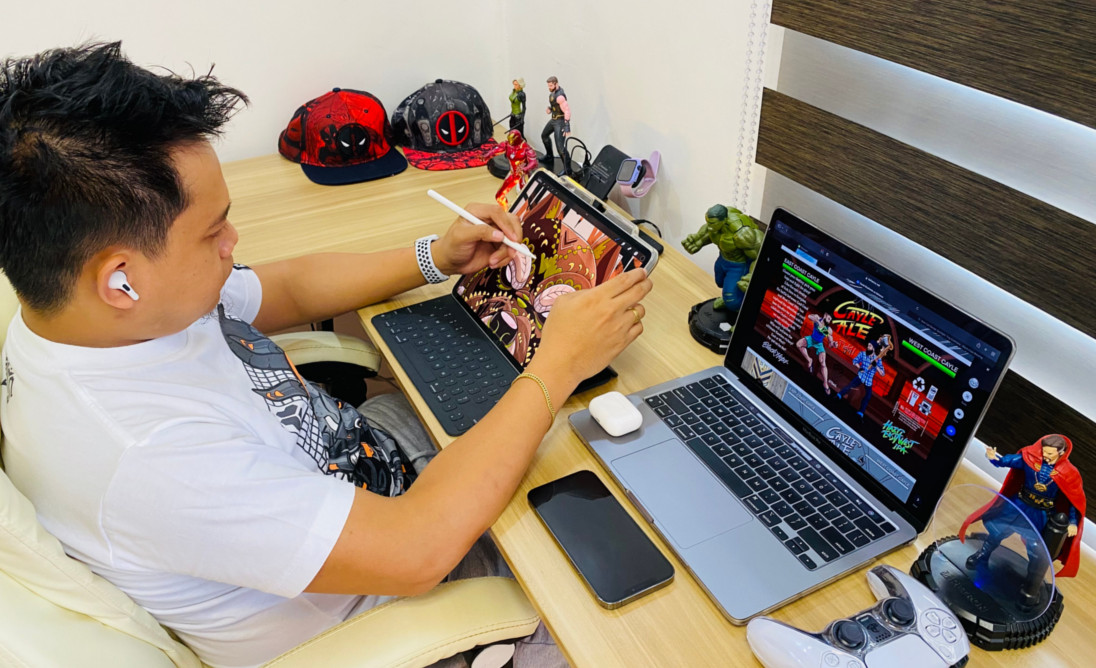 How did you get into the design game?

Ever since my childhood I have loved to draw. I like arts, comics and illustrations. I was the type of student who was not interested in ‘regular’ school stuff, but the back of my notebooks were full of doodles and sketches.

After school I took up Fine Arts in College, majoring in Advertising. At that time, everything was traditional. I only switched to the digital realm when I got a job as a Graphic Designer in a photo studio. That’s where I started learning about Adobe Products. Then I got a chance to work in the 2D animation industry and was privileged to be trained by a veteran animator from Disney. We were using pure cel animation at that time.

After that, I got a job as a Digital Illustrator and Animator in a publishing company. Then I transferred to a startup game company where I learnt about making game assets and animations for mobile and web apps.

From a design perspective, who are a few of your greatest role models/inspirations?

For illustrations, Frank Frazetta and the splash screen artists from League of Legends. It was so satisfying to watch their spotlight art on YouTube. I was inspired by Richard Williams for 2D animation. I also like Anime and Manga.

How did you end up designing beer cans for Black Hops?

I was hired by Dan Norris in November 2016 to create 2D animated videos for a podcast segment. After that, he gave me an illustration project for a beer can and the first thing I created was the illustration for Bandwagon (Wagon Wheel Stout). He then had the idea that if one of the Black Hops staff reaches a one year full time working anniversary, the team will brew their own beer as a celebration and I was tasked with creating the custom designs for the cans.

Can you briefly run through the process of how you work with Black Hops to come up with the BH can designs?

First, Dan will email me the design doc (later Reanna was assigned). This will include all the details of the beer such as name, style, ABV and size. The most important part is the description and the idea for the label (in the case of the staff anniversary beers). I then try to internalise the details and look online for some inspiration and references. Then I make an initial sketch, Black Hops send back the feedback and I then make the necessary changes until it’s approved. Lastly, I will finalise everything and send the source files.

Do you have a personal favourite Black Hops can design that you came up with?

I have three favourites. The first one is Old Gregg (Nitro Irish Cream Imperial Stout). It was such a crazy idea since it came from a show called The Mighty Boosh, so I needed to search for the show and watch the famous scene where Old Gregg showed up – that was the first time I saw old Gregg.

My second favourite is Cayle Ale (Hazy East West IPA). The theme was so cool since it was a fighting game and I really enjoyed making it.

And my final favourite is Get Railed (Hoppy Brown Ale). The theme was a fluorescent design, so the colour scheme was awesome. It looks great and even better once printed on the can. I also added a few elements to represent the Philippines (red and blue ribbon, 3 stars and a sun.)

Who are a few of your other clients?

Right now, I’m working full time as a digital artist for a US based company and only do a small amount of freelancing in my spare time.

Here’s a gallery of Daniel’s Black Hops can designs – click on the images to enlarge them.