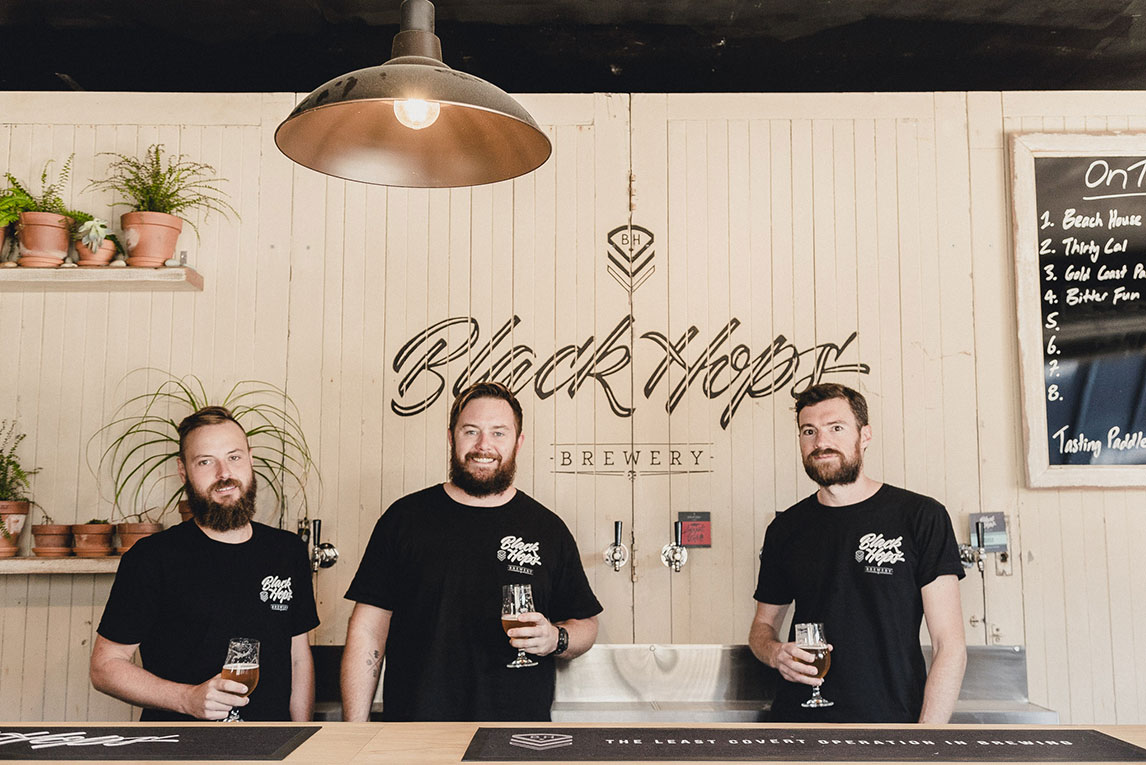 It’s been an exciting past few months for Black Hops with the launch of our brewery and taproom in Burleigh last month. Here is an update on some events we are part of, the current beers on tap and upcoming brews.

Black Hops co-founder Dan Norris will be a guest speaker at a networking event hosted by Startup Grind, a global community for entrepreneurs. The event is taking place at Collaborate, 375 Wickham Terrace, Spring Hill in Brisbane. As well as discussing the Black Hops journey, Dan will also be sharing his experiences as a published bestselling author and in founding the successful WP Curve business.

The HooHa Bar is a cool little venue in South Brisbane where we launched our very first keg of Eggnog Stout in 2014. On the afternoon of Saturday, 30 July from 3:00pm we’ll be back there to take over their taps. As well as more Eggnog Stout, you’ll also be able to sample our tasty mid-strength option, 30 Cal. Plus we’ll be packing our last keg of Assault Trifle, a custom brewed sponge cake/trifle in a beer that we created especially for this year’s Great Australasian Beer SpecTAPular (GABS) down in Melbourne. We’ve had a super positive response to this beer since finishing in the top 10 at GABS.

We’ll all be there, come for a beer and say hi.

We’ll be backing up the next evening down in Byron Bay at the epic Three Blue Ducks at The Farm in Byron Bay. The Sunday Roast is $40 per person which gets you a scrumptious roast meal (starter + main) as well as a drink on arrival. You’ll also be able to sample the following beers from the Black Hops range: Beach House, Bitter Fun, Code Red, Pink Mist and Eggnog Stout.

And we’ll be on-hand to answer any brewing related questions.

The place has some serious atmosphere, with exposed brickwork, corrugated iron and wooden bench style tables and seating giving it a real ‘homestead’ feel. There’ll also be live music and of course plenty of Black Hops beer to sample, so we hope to see you there!

Black Hops’ brewer-in-chief, Michael ‘Govs’ McGovern will be attending the South Gold Coast Business Expo in Tallebudgera as a guest speaker on Friday 12 August from 11am. Another of the panellists on the day will be David Gower-Freeman of Freeman’s Organic Farm. Govs will be talking all things Black Hops and brewing related, and the event is well worth a look if you’re interested in what’s on the agenda business-wise for the southern end of the Gold Coast.

Dan will be sharing the Black Hops Pozible story and lessons learnt at the Terri Cooper Networking Crowdfunding For Business Forum. The event is taking place on Friday, 12 August from 10am to 12pm at the Quality Hotel in Mermaid Waters on the Gold Coast.

With it’s open fireplaces, high ceilings, wooden floorboards and original brickwork, the Bloodhound corner bar and kitchen in Fortitude Valley is a vibey place to stop in for some beer and cheer. So we’re definitely looking forward to taking over their taps on the evening of Thursday, 25 August and giving drinkers a full range of beers from Black Hops.

Now pouring in our Taproom 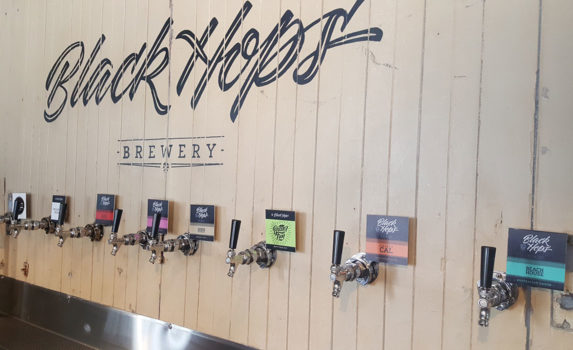 Our taproom is open 10am to 6pm Monday to Friday and 12 noon to 4pm every Saturday. We now have all 8 taps pouring. Here is the current line up.

We have some cool beers coming up in August. Here is how the schedule is looking.

We’ve opened up access to our Black Hops Ambassador group on Facebook. We’ve set the group up to help members out with questions about brewing and business and members help us when we need a hand. Win, win!

Visit blackhops.com.au/ambassadors and request to join. We’ll see you there.

Our book about starting Black Hops has been completed and is off to the printers. Our Pozible backers will be getting the book first and we’ll release it to the public shortly after. We are also stoked to announce that the one and only Hendo has written the foreword for the book. We can’t wait to unleash the book into the wild.

Here is a blurb from the back cover and a few early comments about the  book.

In July of 2014, Dan, Eddie and Govs sat at a bar talking shit about making beer. Two years later, they’d opened their own brewery on the Gold Coast in Australia called Black Hops. It’s been an epic journey, from “the little situation” in China, to a collaboration with the biggest entertainment franchise on earth, and finally – launching a brewery.

Operation Brewery tells their story and gives you every last detail on how to build your own brewery on a budget.

“Great resource and super inspirational!” Nathan Pierce from MicroBrewr
“Loved it and was laughing out loud reading it.” James Graham from The Crafty Pint
“I couldn’t put it down. I was hooked on the Black Hops story, and I don’t even drink beer!” Ben McAdam
“If you’re looking to open a brewery, read this first!” Nat Burcher
“The boys have done an amazing job. This is a great story and a complete guide to starting your own craft brewery.” Stuart McVicar

To be notified when we launch, please check out blackhops.com.au/book. 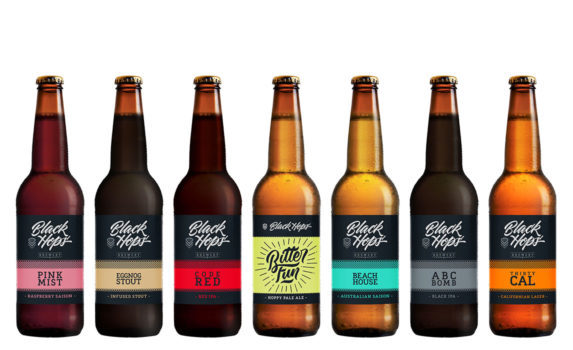 With the brewery operation in Burleigh now in full swing, we thought it was time to get busy bottling our brews for our Pozible campaign. We were recently able to test out the bottling machine and pumped out a few cartons. Once we’ve sent out all the cartons to our Pozible backers, we’ll look at bottling more beers to sell at our taproom.

Last but not least, Black Hops welcomes James Barry to the fold. James has taken on the role of Sales Manager, getting the Black Hops brand out there and into drinking establishments from The Sunshine Coast all the way out to Toowoomba and down to the Northern NSW area..and everywhere else in between!

Welcome aboard James, we look forward to having you start with us in August!