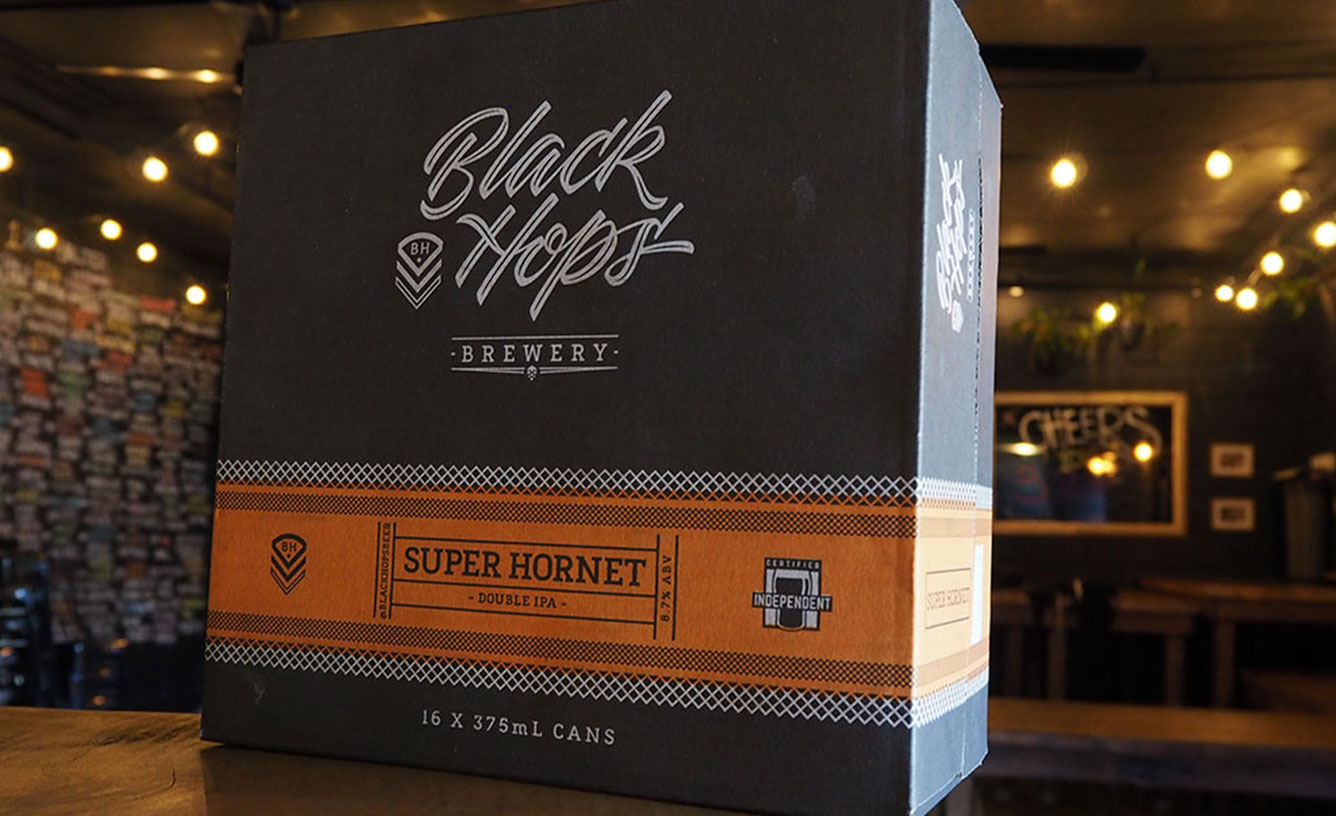 We have decided to move all of our packaged beer into the 16 pack format. If you are interested in our decisions around this and how we’re going about it, feel free to read on.

When we first put our beers into a packaged format, it was our Beach House in bottles back in 2015 for our original crowdfunding campaign backers.

The small manual bottling machine was a great place to start, but we always wanted to get our beer into cans, so once a local company launched mobile canning (Craft Punks), we went about getting our beer into cans. At the time we opted for 12 packs for selling online and at the taproom and 24 pack trays to sell wholesale. We weren’t selling a lot of cans wholesale and none to retailers who were selling whole boxes. Over time, as we moved into the bigger retailers we realised trays weren’t going to cut it, so we moved to 24 pack boxes.

With the core range expanding into 6 lines, we found ourselves needing a packaging solution for 6 different beers, plus limited releases in both 12 packs and 24 packs. The 24 packs are handy for packing and delivering efficiently, but the 24 pack price point is a lot for the average craft beer drinker. 12 packs were more manageable price wise, but they couldn’t be efficiently packed and were comparatively expensive.

On top of that, our new automated case packer from Fibre King only supports 16 packs and 24 packs so we were going to have to choose between one of those sizes.

In Australia excise is incredibly high compared to other markets. Other costs are also comparably high, so making full flavoured craft beer is not a cheap exercise. Our Pale Ale cartons were creeping up close to $100 retail which is a lot of money for any one consumer to spend on one product from one brand.

In the 2018 Craft Beer Survey they charted the weekly spend on beer from the average craft beer drinker. I’ve placed the results below,

It shows only 9% of consumers spend over a $100 a week on craft beer so it’s a small number of people who will spend $100 on one carton. The average weekly spend is $56 which is the new RRP of our 16 Packs of Pale Ale.

Until now, the vast majority of customers buy Black Hops beers in 4 packs. We wanted a format that would enable them to buy more than 4, but not stretch the budget too far. The 16 packs lined up perfectly from a price point perspective.

Our original 12 pack boxes were a litho design (nice, shiny and glossy) and we used a generic box with stickers for each beer. The boxes look great but it was a very manual process to pack the beer, and the litho boxes were expensive.

We got them from a local supplier via China and to get the price down to a reasonable amount (under $2 a box), we had to order thousands at a time. Going via China also meant waiting months for the boxes.

We have now moved to using Carole Park Corrugated Products (a Visy company) who do them locally and use a stamped technique to make the boxes. This results in a much cheaper box (around 50c per box, even when ordered at small quantities), and a much faster turnaround time for boxes to be delivered.

The boxes are significantly cheaper, but there are a few compromises:

Rolling out the new boxes

We are already packing beer into 16 packs, starting with our Mid Range which launched back in March. We are now packing the rest of our core range beers into 16 packs along with each month’s limited releases. We still have stock of 24 packs so it might be a while before you start seeing the 16 packs in store.

If you have any questions feel free to join our Black Hops Ambassador group on Facebook.