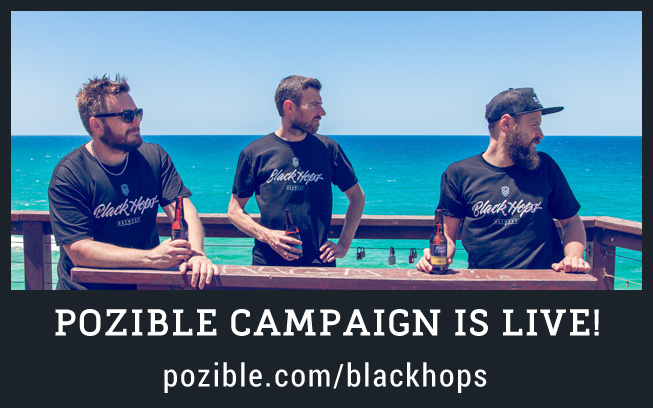 The Black Hops team, Michael McGovern, Eddie Oldfield and Dan Norris started with a home brew batch of an experimental beer called Eggnog Stout, in August 2014. When the beer turned out better than expected, they decided to take their passion to the next level and have been working on building their own brewery on the Gold Coast.

The team were able to get the majority of the finances together by themselves and from friends and family, and for the remaining funds turned their attention towards crowdfunding via the Pozible platform. Co-founder Dan Norris explains “I was chatting to the Pozible guys about another project, and the conversation quickly turned to what I was working on with Black Hops. I love what they are doing for crowdfunding in Australia, and the idea of raising the remaining funds directly from our supporters is a great fit for Black Hops.” 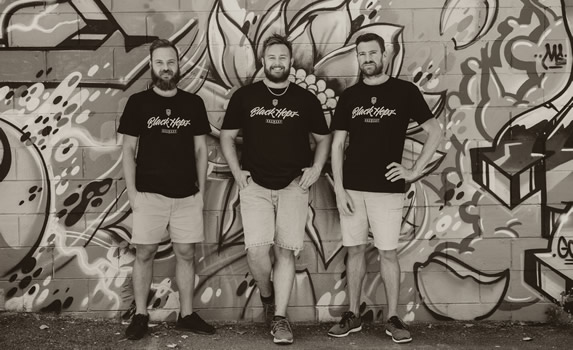 Since their first home brew beer, the team have been brewing at other venues, referred to in the industry as contract brewing or gypsy brewing, but the goal was always to open up on the Gold Coast. Co-founder and head brewer Michael McGovern (Govs), a well known brewer in the Australian craft beer scene explains, “Contract Brewing was great in that it enabled us to get a beer on the market within months of our first home brew batch. But what we always wanted was our own venue with 100% control and a place where we could offer a real experience to Gold Coast locals.”

Supporters of the crowd funding campaign can purchase rewards like a copy of their upcoming book Operation Brewery, a carton of their first beer Beach House Ale, special edition T-Shirts or tickets to their launch party and brewery tour. Larger rewards such as corporate event catering and bulk deals are also available.

Crowdfunding is heating up in Australia with the expectation that equity-based crowdfunding will be introduced in the second half of 2016. For now, buying equity in companies is restricted to accredited investors but as Alan Crabbe, Co-founder at Pozible explains, that’s all about to change. “Crowdfunding is all about getting the community to buy into your idea, so doing it for a piece of the company is a natural fit. With equity crowdfunding likely to become legal in Australia later in the year, the Black Hops guys are positioning themselves well to start building an audience on the platform, for other potential campaigns in the future.”

For now, Black Hops are solely focused on brewing beer, getting their name out and opening their own facility. 2015 was a big year for the fledgling company, securing their venue, continuing to release contract-brewed beer and brewing the official beer for the Australian release of Call of Duty. Co-founder Eddie Oldfield is even more excited about 2016, “This year is going to be huge for the craft beer scene on the Gold Coast with a number of breweries and bars opening their doors. Kicking the year off with the Pozible campaign, is going to give us the momentum we need to be part of a great change happening on the Gold Coast right now.”

The Pozible campaign will run for 30 days from 11 January to 10 February, with a limited number of discounted rewards for early backers.

For more info on Black Hops Brewing and the Crowdfunding Campaign: