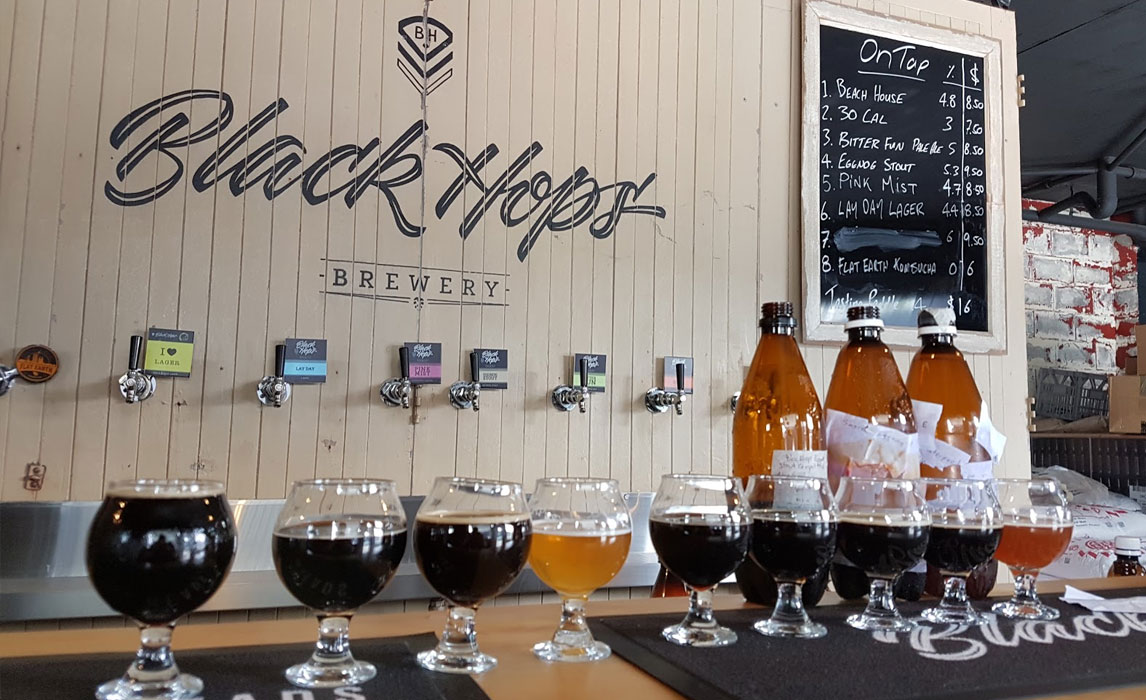 In November 2016 we had an email come through asking for the recipe for our Eggnog Stout, as the fella was keen to home brew it for some family Xmas drinking. It got us thinking, we had on our hands 2 very traditional Xmas beers. Assault Trifle & Eggnog Stout.

In a cunning attempt to get some free beer (mission accomplished) we put a call out to home brewers to have a crack at brewing them both better than us, succeed and you will win a Black Hops Prize pack including a copy of our book Operation Brewery, a Black Hops T Shirt, a carton of beer and a brew day with Black Hops founder and head brewer Govs.

We also decided to throw in one of our new Black Hops bottle keyring openers to the winner, and a shirt and bottle opener to the 3rd place getter (results are below).

We had 8 entries in total, 6 Eggnog Stouts and 2 Assault Trifles.

Black Hops team meeting are Tuesdays, so Tuesday 17th January was when we got to the fun part, taste testing them. 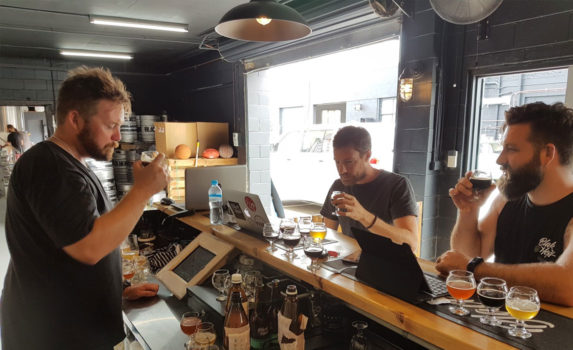 Here are the winners, and the tasting notes from the session. Congratulations to the winners and thanks to everyone who entered.

Second place goes once again to Damien Cooke for his attempt at the Eggnog Stout. Damian won us over with his idea to serve it with a blow torch and marshmallows, but the beer was also great. Chocolatey with a bit of spice, not huge nog characteristics but a good interpretation and a solid stout.

Third place goes to Cameron Mole with his Eggnog Stout attempt. Not super noggy, a little bit sweet, but dry at the end. Needed a bit more depth and balance but a good stout and gallant effort.

Damien and Cameron, please hit us up at the Taproom and brewery and we’ll sort out your prizes.

We had a lot of fun with this, thanks for everyone who got involved and dropped a bottle in. We even had someone drive one up from Sydney!