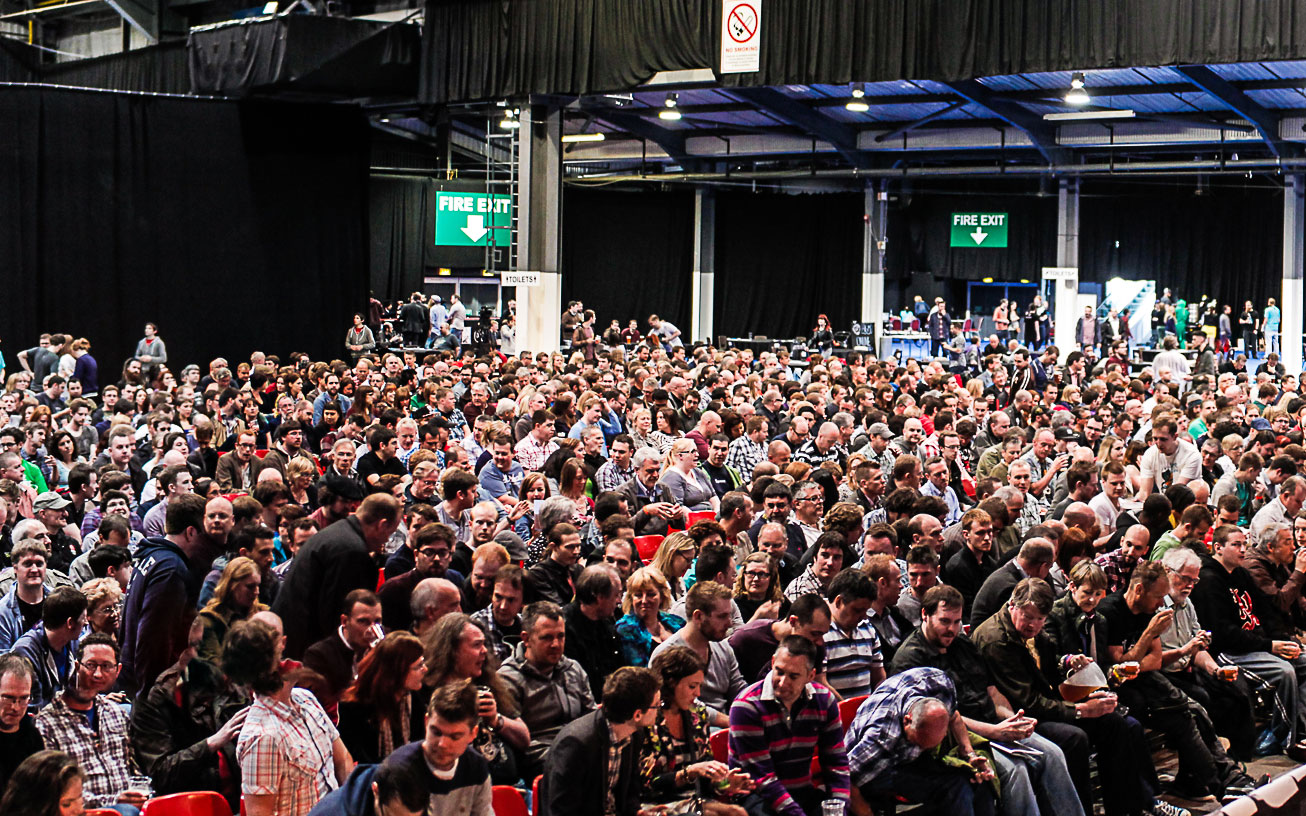 At Black Hops we’ve used a range of finance options, including rewards based crowdfunding, to help us launch our brewery and taproom.

One option we haven’t used is equity based crowdfunding, because at the time of writing it is not yet legal in Australia. When it does become legal next year, we will be planning our own campaign. You can register your interest for that here.

When it launches in Australia, it’s going to be big news for breweries who embrace the idea.

Since it’s been legal overseas for a while, we thought it would be useful to look at some success stories from other breweries.

Equity crowdfunding allows people to invest and own shares in an early-stage company that is not listed on the stock market. The business owner gives away equity (ownership) in the company rather than ‘rewards’ in return for the money. It’s similar to raising money from investors, but instead of having to know 1 or 2 keen investors, you call on your customers and audience to try to get a lot of smaller backers at once.

Equity crowdfunding has been around for a while overseas, and looks like being legal for Pty Ltd companies in Australia in early to mid 2018. It is currently legal for public unlisted companies. The opportunity for the everyday aussie to own part of a brewery will become real. 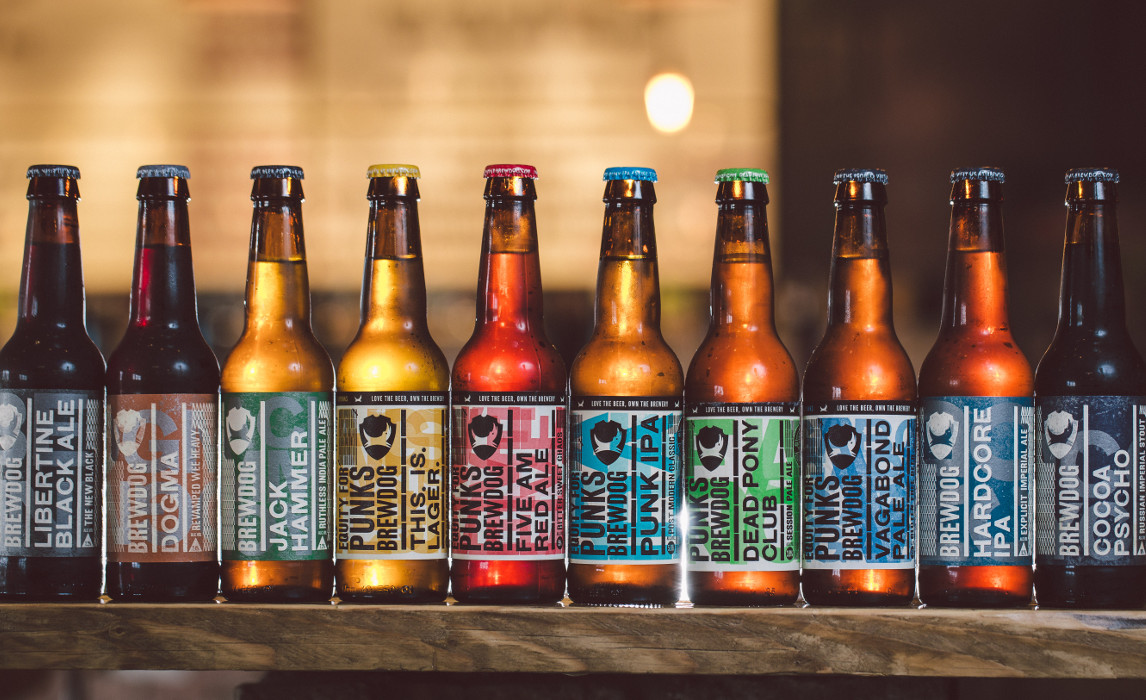 Scottish brewer BrewDog was founded in 2007 by a pair of mid 20’s upstarts, James Watt and Martin Dickie. Eager to take on the big boys of the beer world, in 2009 BrewDog pioneered the idea of equity based crowdfunding for breweries with their first Equity For Punks campaign.

Offering up an alternative small business model, anyone was given licence to invest in the business, with craft beer lovers flocking onboard to help raise $1.26m AUD at a valuation of $42m AUD.

BrewDog now have over 55,000 Equity Punks worldwide and have raised over $67m AUD through crowdfunding since 2009. They’re continuing to tap their fan base to fund their expansion with a reward based campaign to open the world’s first crowdfunded Craft Beer Hotel (dubbed The DogHouse) in Columbus, Ohio. 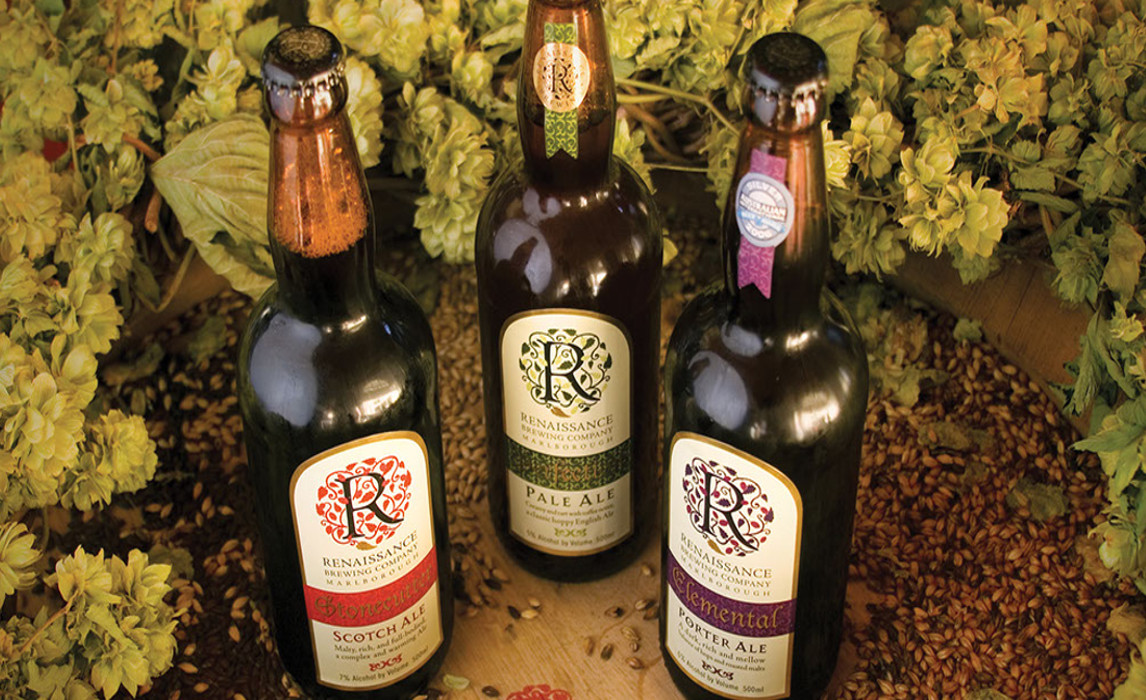 Closer to home, in August 2014 New Zealand brewer, Renaissance Brewing, became the first company in that country to equity crowdfund. The campaign raised $700,000 NZD for Renaissance, with 300 investors buying a combined stake in the company of about 12.3%.

As well as receiving a slice of equity in the company, investors also received benefits including free and discounted beers, as well as exclusive access to limited edition products and an annual shareholder event. 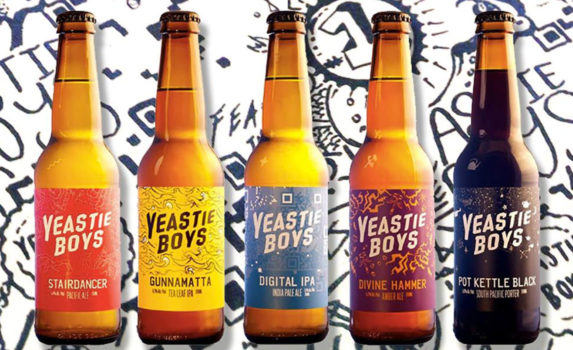 Based in Wellington, Yeastie Boys started out by contract brewing, producing about 100,000 litres of beer a year for a turnover of about $700,000.

By 2015 they were ready to take things to the next level, and targeted equity crowdfunding as the way to do it. The boys ran a meticulously crafted lead-in campaign, targeting investors who were emotionally engaged with the beer, the brewers, and the Yeastie Boys story.

Impressively, they were able to raise half a million dollars in just half an hour on the New Zealand based PledgeMe platform! As a result of hitting their capital target, Yeastie Boys have been able to expand their operations into both the Australian and the UK beer market. They also gained 204 engaged brand advocates (aka shareholders).

You can read more on how they went about their campaign here. 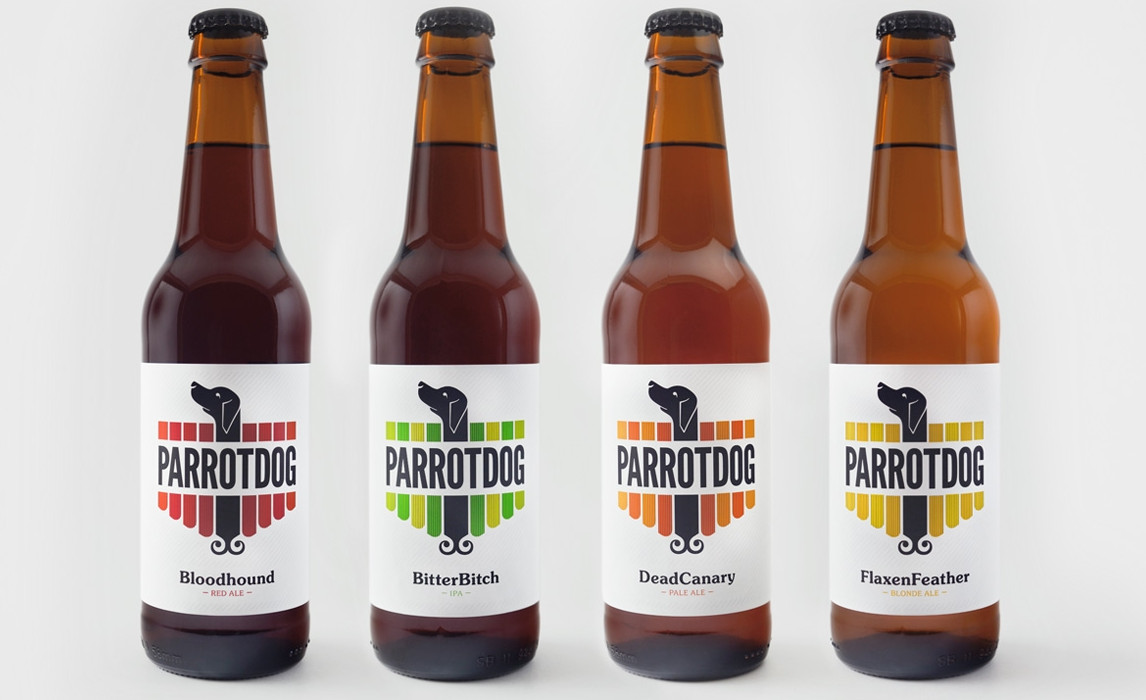 ParrotDog are yet another New Zealand brewer who have used equity crowdfunding. Founded by 3 guys by the name of Matt, last year they ran an equity crowdfunding campaign, also on PledgeMe, to fund their plans of building a new upgraded brewery.

ParrotDog’s campaign offered up to 2 million shares at $1 NZD per share for 16.8% of the company.

PledgeMe CEO Anna Guenther says the ParrotDog campaign has been PledgeMe’s largest ever. “With the launch of this campaign, we’ve now passed the $10 million mark pledged through the platform. First they broke our website, and then they broke our records. This is the second time we’ve been blown away by the supporters of a Wellington craft beer company.”

And ParrotDog’s co-founder Matt Stevens had this to say on his company’s remarkable crowdfunding results; “It’s fantastic to see the range of investors that are pledging. A lot of people we’ve discussed the offer with are first-time investors and excited about becoming shareholders. I feel the introduction of this crowdfunding is great for the New Zealand economy as a whole as it frees up the flow of capital from everyday Kiwis to growing businesses. We’re starting our expansion plans and as we expand we hope to grow our shareholders’ investment.”

When we were looking at the valuation for our current investment round, we put together the following comparison of valuations from other brewing and beverage businesses that you might find useful.

The revenue multiple is a useful starting point to start thinking about the value of a business like this, which has a lot of appeal to the general public. 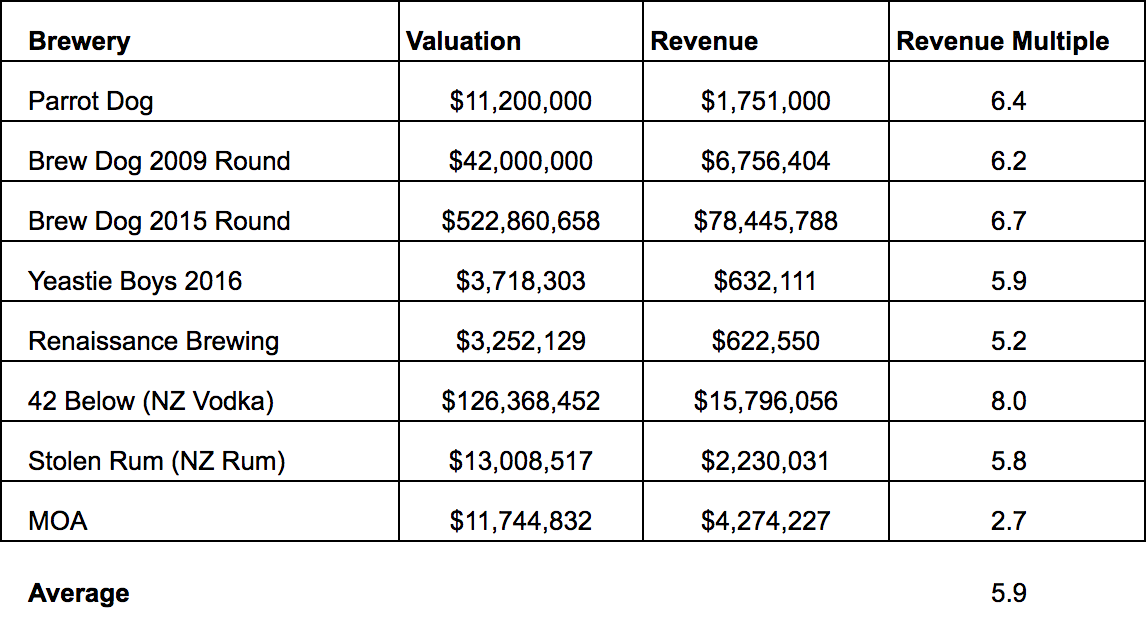 Equity crowdfunding can no doubt be a great way to get funds into a business, while also building a loyal team of supporters to endorse and promote its products.

But you need to have a few fundamentals in place if you want to succeed in the long term – namely a great product, a story, a vision and great marketing.

The story will get people in as investors and advocates, but the product and the marketing are essential if you want to grow the business long term.

The examples in this article, have all done these things very well.

We hope this has been useful, if you want to get deeper into the beer world and chat about beer and business with us regularly, join us in our free Black Hops Ambassador Group on Facebook. If you have any questions, feel free to ask them below.

When equity crowdfunding does become legal next year, we will be planning our own campaign. You can register your interest for that here.