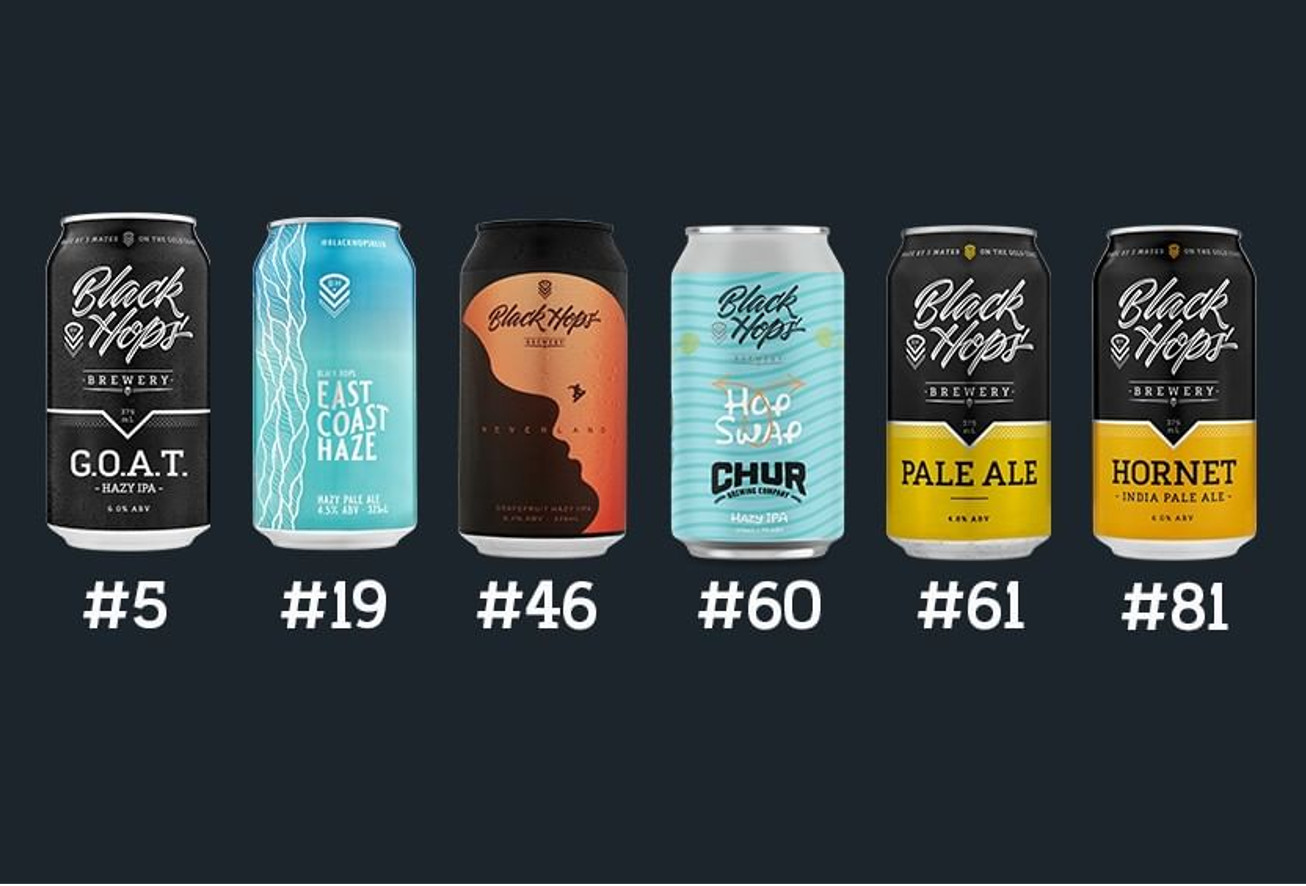 Ever since pioneering Fremantle Pale Ale Little Creatures took out the title in 2008, the GABS Hottest 100 Craft Beer countdown has been reflective of the breweries and drinking trends that continue to shape and define our ever growing industry. Over the past thirteen years the annual countdown has risen to become one of the highlights in craft beer circles. It’s now the biggest people’s choice beer poll in the country (this year over 40,000 craft beer drinkers had their say) and the build up is always epic, with thousands of beers battling it out to score a coveted spot on the favourite craft beer of the year list.

We’ve had our ups and downs on the list over the years. In our first year our flagship beer at the time Beach House came in at 118th, we were so close to making it. The following year it failed to make the list again and it was super disappointing. That motivated us to really focus on our core offering and in the months that followed we put our first beer into cans, a brand new beer, Pale Ale.

This year’s countdown took place on Saturday, 22 January. The official Black Hops Countdown Party went down at BHII, our Biggera Waters brewery, while our Burleigh (HQ) and Brisbane Taprooms were also bulging as our loyal Black Hops drinkers got into the spirit and counted down the results with us.

We’re pleased to report that we once again managed to wiggle our way inside the top five, with G.O.A.T. repeating it’s high standing from last year and finishing as the fifth favourite Oz craft beer for 2021, making it the highest ranking Hazy IPA in the country.

With 30% of the list rotating each year and the level of competition and marketing going ‘next level’, we were more than pleased to maintain our standing inside the top five of Oz craft beer rankings.

In total we had six beers make this year’s list, which was equal with Capital Brewing for the most amount of beers in the list for the second year in a row. Here’s the full list of Black Hops results:

It was another huge year for Queensland breweries with 30 beers in the list, a fair distance ahead of the next best, Victoria at 22.

Congratulations to Bentspoke Brewing Co’s Crankshaft IPA for backing up and scoring the coveted number one spot for the second year running. Overall 2021 was a great year for craft beer in Australia and we could not be prouder to be in the company of all the amazing breweries who featured in the countdown. Massive thanks to all of you who voted and got our beers up there again this year!