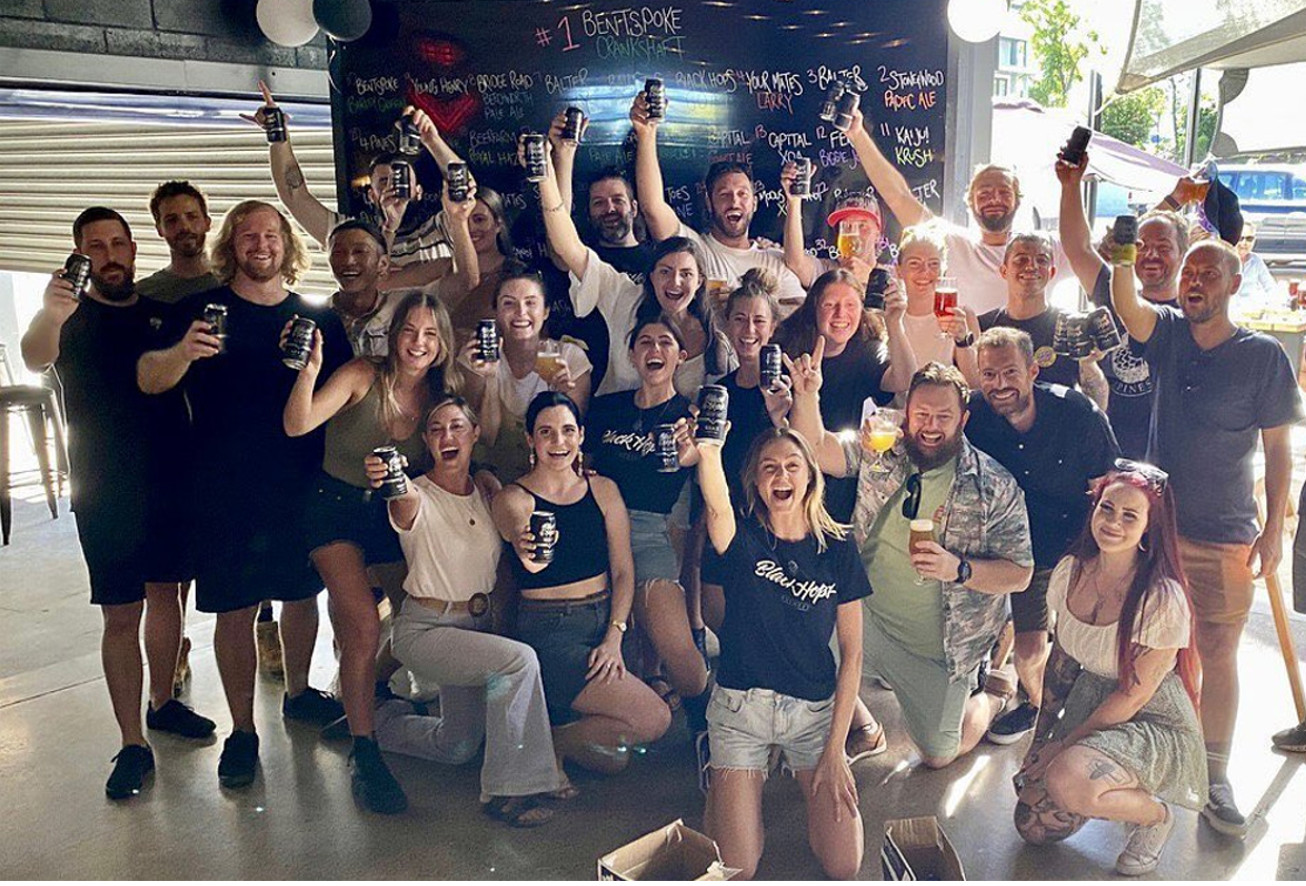 The GABS Hottest 100 Aussie Craft Beer countdown is the biggest ‘people’s choice’ craft beer poll in the country, with 1000’s of beers from all over Australia vying for the chance to claim a place within the pantheon of the favourite craft beers in the land.

This year’s countdown took place on Saturday, 23 January, and the vibe across our three taprooms was electric as the hottest beers of 2020 were announced.

This year we achieved our best results ever. Since we started our brewing journey in 2016 we’ve had a proud tradition of improving our results in the countdown every year that we’ve made the list. And this year it was all about promoting G.O.A.T. to maximize our vote.

We noticed that breweries that typically fill the higher placings in each year’s countdown tend to focus on specifically promoting one of their beers. And while we wanted voters that love our beer to choose their personal favourite from the entry list, we also adopted a strategy of actively promoting G.O.A.T. Hazy IPA as THE Black Hops beer to vote for.

So we came up with the ‘Vote G.O.A.T.’ campaign, which was based on rallying as many Black Hops voters as possible around one flagship beer – our Hazy IPA which achieved a meteoric rise, from limited release fan fave to making our Core Range in May 2020.

To spread the G.O.A.T. gospel we got on the front foot with a subtle campaign of social media posts, directly targeted emails and Taproom promotions.

In the 2020 countdown we had the fifth most votes for any brewery in the country, with four of our beers cracking the top 100 and Pale Ale topping our list in 14th spot.

This year we took things to another level, with seven beers in the running. We were super-stoked that all of them appeared in the top 100, with G.O.A.T. debuting at number 5, our best result ever!

And to also get two limited release beers in the top 50 (Neverland & Caribbean Haze) exceeded our wildest expectations.

Our final placings were:

Overall 2020 was a great year for craft beer in Australia and we could not be prouder to be in the company of all the amazing breweries who featured in the countdown. Massive thanks to all of you who voted and got our beers up there this year!