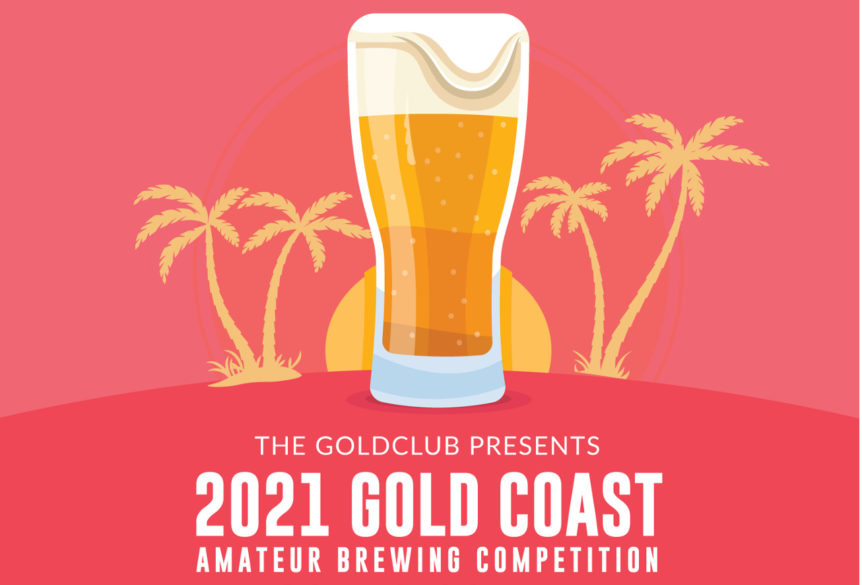 After a COVID-induced hiatus last year, on 26 June the annual Gold Coast Amateur Brewing Competition (GCABC) made a welcome return to the local beer calendar. The competition is coordinated by the Gold Coast Homebrew Club (GoldCLUB), who are great mates of ours and hold their regular meetings on the second Friday of every month at our Biggera Waters Brewery (Black Hops II).

This year’s competition featured the most entries ever, with 275 keen amateur brewers competing for beer bragging rights and a share of the major prizes. As well as our local legends GoldCLUB, a number of other Queensland amateur brewing clubs also made it along, including Sunny Coast Brewers, Tuns Of Anarchy, Brisbane Amateur Beer Brewers, Pine Rivers Underground Brewing Society (PUBS), Backyard Brewers GC and Toowoomba Society Of Beer Appreciation.

We got into the homebrewing act last year with our Black Hops Reserves Brew at Home Competition, where amateur brewers had a crack at home brewing our core range beers. It was heaps of fun, so when GoldCLUB asked us to be venue sponsors at BHII, we readily jumped onboard.

Our own Brewmaster Govs, as well as brew crew member Stuart were part of the judging panel on the night, which they also do as part of sensory training for our own Beer Sensory Program, an element of our beer quality program.

Judging an amateur brewing comp provides invaluable experience in the type of environment that is not dissimilar to the conditions and protocols of professional competitions. This amateur judging experience can help equip our team to potentially move on to industry level events as stewards or judges.

The criteria for the title of Champion Brewer was to brew at least three beers, with each entrant’s score calculated as the average of their highest scoring three beers. The Champion Brewer this year was GoldCLUB member Sam Middler, finishing just ahead of close runner-up Max Plank.

Here’s what Sam had to say about the experience; “I was absolutely stoked! I’m a very passionate brewer that strives to brew well made, fault free beers, so winning a competition like this is validation that I’m on the right path. The Champion Brewer award actually came down to a tie breaker, where I was eventually awarded the gong based on countback. The overall standard of brewing was incredibly high with some huge scores being seen across various categories.

I entered a fair few beers into the competition, ranging from an uncommon historical Piwo Grodziskie (Polish Smoked Beer, aka The Pole Smoker) to a Russian Imperial Stout and a German Altbier. For competitions I’ll typically brew a combination of tried and true recipes, as well as experimenting with styles I’ve not previously brewed before.

The feedback you receive from these competitions is invaluable in helping refine your recipes and processes, as your beer is judged by at least one professional brewer/certified beer judge. I was fortunate enough to have 5 beers score over 40 points on the day.”

For his efforts Sam will soon be brewing a collab beer at Precinct Brewing in Burleigh (our brewing neighbours, just around the corner from Black Hops HQ). It’s something he’s pretty excited about; “Jez and the entire team at Precinct are very accommodating and produce some stellar beers, so I’m very excited to get up there on the brew-deck with them and punch out one of my recipes. Due to the fact that the Champion Brewer initially resulted in a draw, they have also kindly offered the Reserve Champion (Max Plank) to brew a collaborational beer as well – how awesome is that!?”

The highest scoring beer of the night was a Chilli Chocolate Stout. Congratulations to Sunny Coast brewer Lachlan Beach for coming up with this beauty. Second place went to Tuns Of Anarchy member Jeremy Macgregor for his Little Table Saison, while seven beers shared the third place ranking, including Sam’s Polish Smoked beer (aka Pole Smoker) and two beers by Max Plank, a Cherry Sour and a Marzen.

It’s always a lot of fun supporting the amateur brewing scene, a place in which most of us on our beer journeys inevitably started out. Encouraging the grassroots scene helps keep the craft beer scene vibrant and ever-growing.

(All photos courtesy of Aydos Rogers, an active member of the Qld home brewing community.)