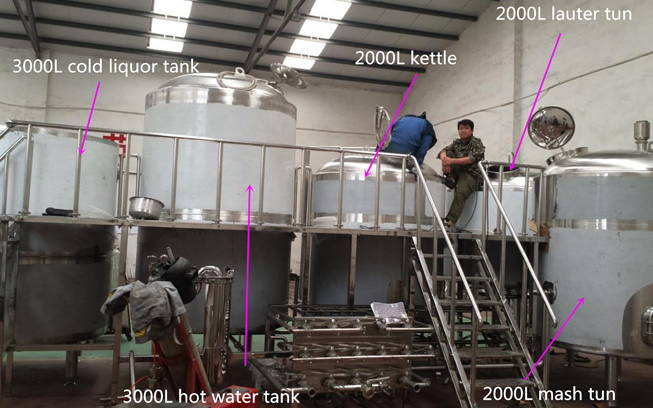 It’s been a while since we posted on the blog. If you’ve been following along on Instagram, you’ll know we’ve been working very hard.

Seriously though, shenanigans aside, a lot’s been going on. Here’s an update.

It took us a while but Black Hops Pty Ltd is now a thing! We’ve also been chatting to investors and we should have something to announce shortly about that 🙂

Once that’s all done, we’ll put out our pitch deck to help other people do the same thing. We are also working on a new podcast that documents our journey and the investor episode is being edited as I write this!

If you are keen on the podcast idea, hit us up in the comments and let us know what you’d like us to cover.

Current beers out and about

We’ve also kept up production of beers on a small scale just to enable us to get some beers out there. We have been brewing 14 kegs per month (thanks to Ross and the awesome team at Bacchus).

Our first beers hit Melbourne in May for GABS and Good Beer Week Yeeew! We went down to celebrate of course.

Our Oyster Stout, Kill Patrick, was well received with 170 ratings at 3.44 on Untappd. It also made the journey for GABS Sydney making it our first beer in NSW too!

What’s even cooler is today we discovered that Kill Patrick placed 13th out of 118 beers in the Beer & Brewer People’s Choice Best Festival Beers! We are blown away by that. This time last year we were down at GABS dreaming about how cool it would be to one day have a beer on!

To get the beers down to Melbourne we went cold freight through Shoobridge in Murwillumbah. We called a few places and they were well priced and they picked up the kegs.

Hey #Sydney Kill Patrick is now pouring at @gabsfestival hope you enjoy it. Have a rad weekend, wish we were there. #craftbeer #australiancraftbeer #gabs15 #22

We had 4 beers in at Brother Burger in Fitzroy, the Gold Coast Pale Ale, Eggnog Stout, Code Red (Red IPA) and ABC Bomb (Black IPA). We went there every night of our Melbourne trip of course!

We had a great trip in Melbourne. GABS was epic and outside of that, we met a bunch of cool people and caught up with old friends. I’m not saying Wade from 4 Hearts is old. Not by a long shot. Look at the guy. Dashing is a word that comes to mind.

You wouldn't know he's on the caviar 9% stout. @4heartsbrewing @moondogbrewing

That masterpiece was taken at Moon Dog where we had a tour and a great chat with Josh and Matt. It was seriously cool to see what they were doing with their trademark wild beer styles as well as high output packaged product.

Other than Melbourne, we’ve been focusing our beer sales locally including Lester & Earl in Palm Beach, Ze Pickle in Burleigh, Cambus Wallace in Nobby’s, Bloodhound Bar in the Valley, Hoo Ha Bar at Southbank, Woolly Mammoth in the Valley and The Scratch Bar at Milton.

Bars are opening all the time, so Eddie in particular has been doing lots of ‘research’.

We have spent a lot of time going back and forward with equipment manufacturers. It’s been a fun process but there’s been a lot to know. We’ve had loads of support from others in the industry including Wade from 4 Hearts, the boys from Cavalier, Luke from Coda Brewing in Colorado and more.

We have narrowed down the equipment supplier to 2 providers. One is dealing direct with the manufacturer in China. We would have to do a lot ourselves but this might be the most cost effective way to go. The second is dealing through some guys in Australia, who source from China but manage the process themselves here.

This is the kind of setup we’d be looking at. 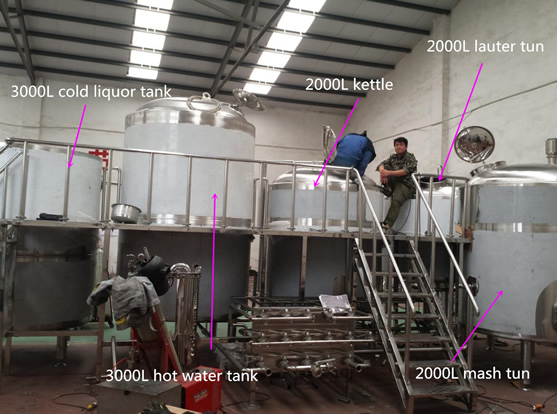 We are hoping to make a decision within the next week and we should be in a position to put our order in shortly after.

Once the equipment is ordered it’s full steam ahead and we are still ambitiously targeting the end of 2015 to open a physical brewery.

We have narrowed our desired location down to Currumbin. There seems to be more available in that area, and it’s turning into a nice little spot for cafe’s, galleries and soon, breweries!

We have found a few places we like but we will pursue this more once the equipment is ordered. We’ve also chatted to the Town Planner and been into Council to chat about what we are doing. So far everything is looking positive.

The next few weeks are going to be busy for us. If we can finalize the company setup, and order the equipment shit is going to get real very quickly.

If you have any questions please hit us up in the comments. We are updating pretty regularly on Facebook and Instagram or you can jump on our email below.

If there’s anything you’d like us to cover on the blog, just let us know.