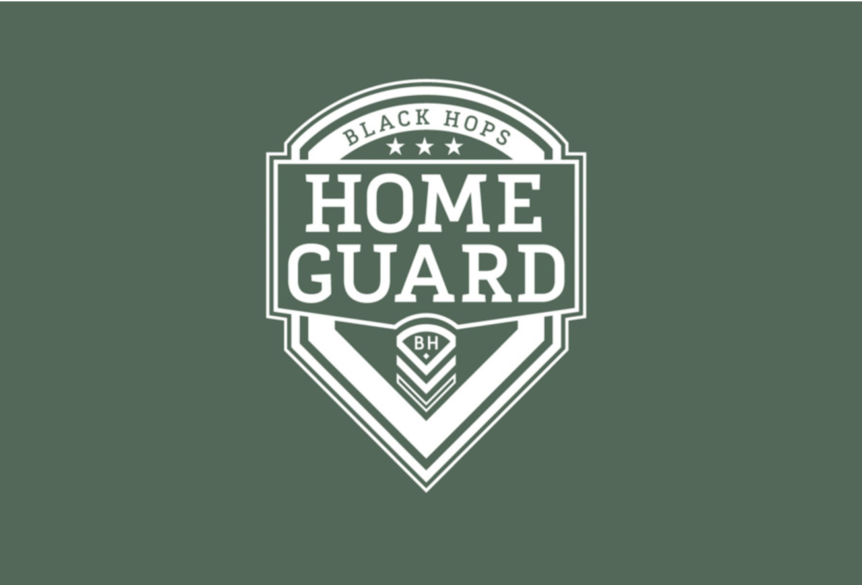 On Friday, 15 October we officially launched Home Guard, an exclusive beer club for lovers of fresh and limited release Black Hops Beers. The concept ties in with our bi-monthly limited release beers, which this year has seen us put out limited batches of previous favourites such as Super G.O.A.T., Neverland and Caribbean Haze, as well as new releases like Hop Swap.

While everyone is welcome to put their hand up to join, we’ve created Home Guard with those in mind who don’t reside close to our Taprooms and who may struggle to get their hands on our more limited or taproom only releases.

So what do Home Guard Beer Club members get?

Plenty! For $45 per month Home Guard conscripts receive a box of Black Hops goodies, delivered every two months and coinciding with the bi-monthly release of each new Limited Release beer.

New members start out with a Welcome Pack, containing an exclusive Home Guard craft beer glass, sticker and t shirt. And every two months here’s what gets delivered:

In the weeks leading up to our initial intake of club members we were getting a lot of questions and strong interest. And with our first Home Guard intake limited to only 250 spaces, to say that we were blown out of the water by the response would be an understatement!

When we went live with subscriptions at 9:00am on 15 October our server was swamped due to the high volume of traffic from people wanting to sign up. Apologies to those who had a challenge in getting through to us. I forgot to scale the server up before I emailed everyone, which I’ve facepalmed myself for multiple times because I did the same thing when we launched our birthday beers, which also crashed the server.

Join Us For Home Guard Round Two

For those who missed out on round one, you’ll be pleased to know that we’ll be taking on another batch of Home Guard conscripts again in December. To be notified in the lead-up, head to the Home Guard page and register your details with us. In mid December I’ll send another invite to get people in the group (after scaling the server up).