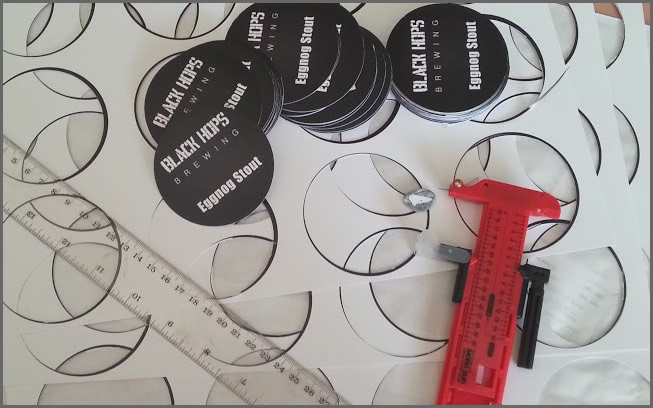 Brewing beer isn’t all glamourous. There’s another side of getting your beer into bars that needs to be considered and that’s cutting out lots of circles.

I’ll backtrack. You know those shiny decals you see sitting proudly on the taps at your favourite bar. You know, when you race in (I do anyway), to inspect what’s on offer for the day. Well, they aren’t cheap, not cheap at all, and unfortunately you can’t get by without them.

We emailed a bunch of suppliers who provide the shiny, domed, tap decals and quickly found out having them done professionally was out of reach. We needed 14, but ideally 28, as some bars like to display them back to back, so the barstaff know what’s on the tap. In a printers eyes, 28 is a long way off a “bulk order”, the average quote came back at about $15 a decal or $420 for what we needed….hell no.

It may or may not be something the average punter takes much notice of, but a lot of breweries make their own. 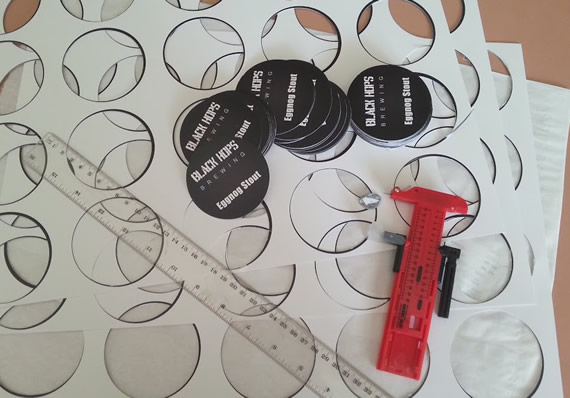 One skill I learnt early on, was how to cut along a line, but just like my handwriting skills, both started to deteriorate not long after year 7. There had to be a better, neater & quicker way.

A few trips to some local art & craft stores, we found a circle cutter for $8!

Basically a compass with a blade.

We quickly sent off a file to the local print shop, Varsity Graphics with our template (78mm black hops eggnog stout decal) and the next day had 40 of them printed on gloss card ready for pick up for $5.

In no time, they were cut & laminated & another job ticked off our list, leading up to the launch.

I actually enjoyed cutting circles so much I tried to think of more circles to cut..which led to our keg collar, something customers would never see.

From doing a bit of bar work, it’s kind of handy for the bar staff to quickly identify the keg.

Turns out customers did see them! 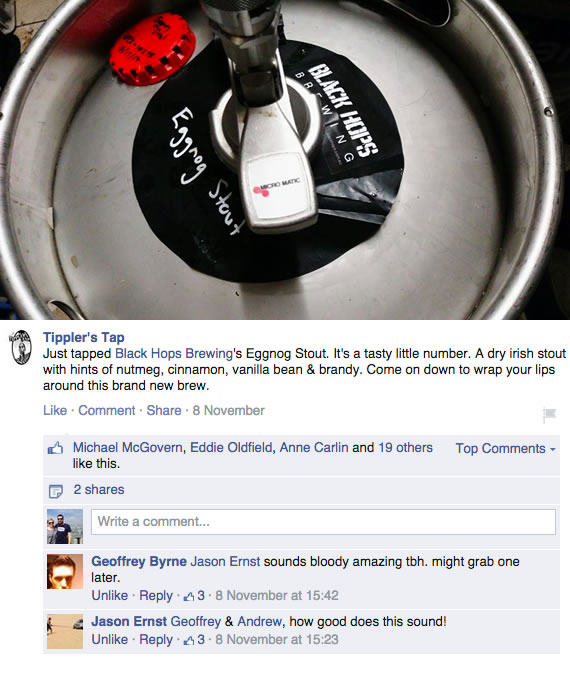 To create the keg collars, we used builders plastic, the circle cutter, a sticker & white Nikko. A material other than plastic would be ideal, but it needed to be waterproof so were couldn’t think of a better option quickly. The professionally printed keg collars are printed on card then covered with a plastic coating.

Do you have any questions?

Let us know in the comments, we’ll do our best to answer them.