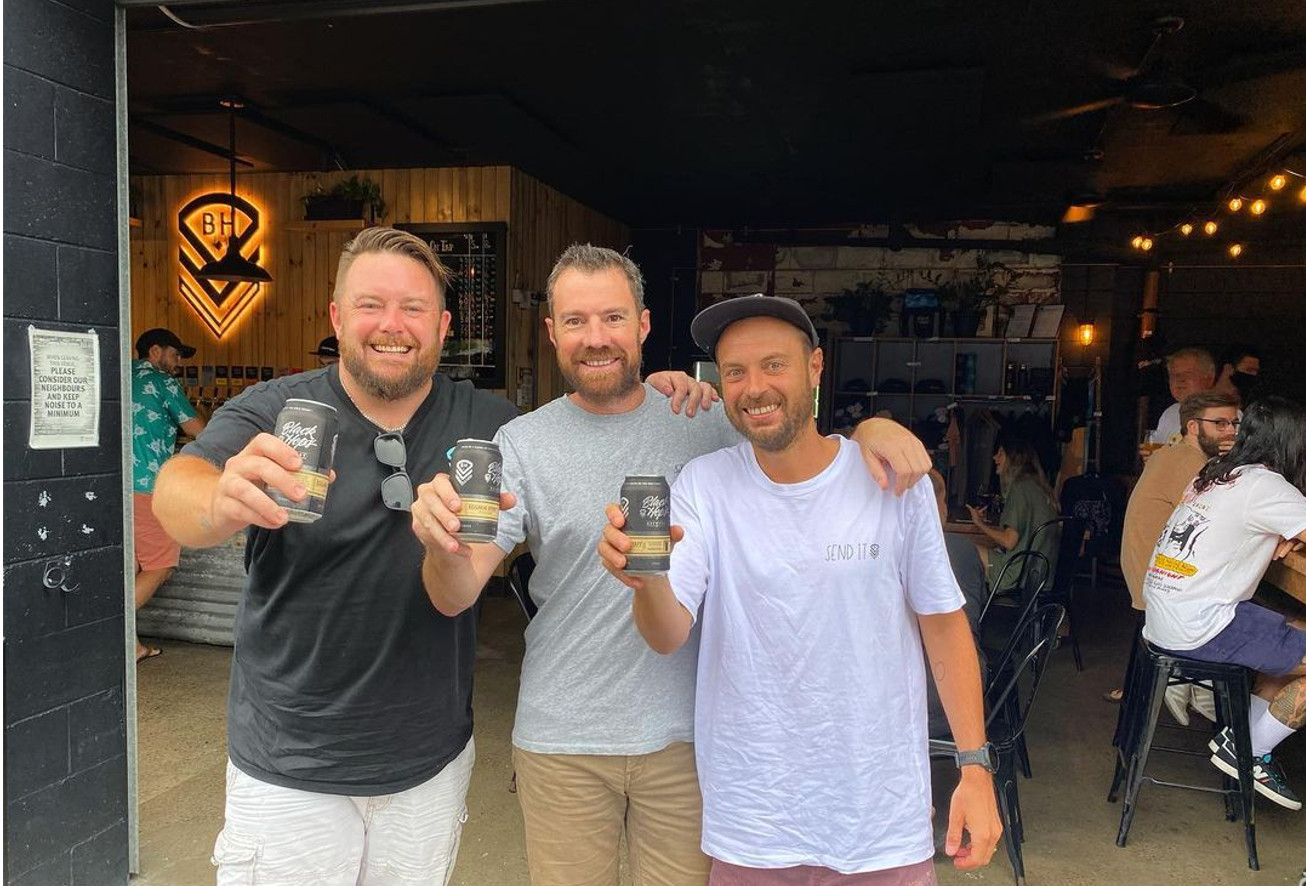 When we announced the pending launch of our second Equity Crowdfunding campaign on 18 January 2022, we had no idea of the mind blowing response we’d receive when we went live. In less than 24 hours of the launch we’d well and truly exceeded all expectations, delivering the biggest equity crowdfunding raise ever by a brewery in Australia, in record time!

We first embraced the equity crowdfunding model to help launch our second brewery, BHII at Biggera Waters, in early 2019, allowing everyday Aussies and loyal brand supporters to claim their share of equity in the business (and score some beer drinking and merch perks along the way). This followed on from our very early rewards based crowdfunding campaign on Pozible back in 2015.

We’ve got some big plans over the coming years, with a big expansion of Black Hops II And tapping into the Equity Crowdfunding model to help fund our vision also helps us maintain our current business model of being majority founder owned, independent and having no institutional investors or venture capital input.

Related: What Exactly Is Equity Crowdfunding?

In this post we’ll revisit our crowdfunding history, run through how this campaign played out and let you know how we’ll utilise the expansion funds we’ve raised.

In 2015, as an Australian first, our start-up brewery in Burleigh (HQ) was kickstarted via a rewards based crowdfunding campaign on the Pozible platform, which raised $18,000 towards our start-up costs. It was huge for us at the time, we really needed the money to get the doors open and it also helped us build up our audience of supporters as we grew our brand. On top of that it made us the first brewery in Australia to launch via a crowdfunding campaign, so it was a good news piece as well.

Whilst rewards based crowdfunding helped us out immensely at the time, we saw a lot more benefits in using Equity Crowdfunding, but unfortunately it wasn’t legal yet in Australia. I had started talking with the Pozible guys about it, and they had begun building up their equity based platform Birchal and had been involved in lobbying Government to make it legal. I had attended some of their events to present on the topic and tried to spread the word about this great funding model which we hoped would land in Australia soon.

So once the Equity Crowdfunding model became legal for Pty Ltd companies in Australia in 2018, we then kick started the launch of our second brewery, BHII at Biggera Waters, using this crowdfunding model via the Birchall Platform.

Being one of the first breweries to do it, we were super keen for it to be a quick and successful campaign. So we set a modest minimum and maximum fundraising target and we went hard early with the aim of hitting our target as quickly as possible. To our delight we hit our minimum target of $150,000 on the first day, which gave people confidence the project would be a success. And in the end we hit our maximum $400,00 target in a record time of 6 days on the platform, bringing onboard over 500 new Alpha Team investors. We were so stoked at the time and we couldn’t believe we hit it so quickly, not to mention closing the campaign out as the first brewery to complete an equity campaign in Australia.

BH Equity Crowdfunding Round 2: how the current campaign played out

We have raised money since the original crowdfunding but we hadn’t undertaken another crowdfunding campaign. The main reason is when we needed funding at the start of 2020, I went back to current investors who were super keen to invest, so we were able to raise $1.6m just from existing investors in under a week, simply by chatting with them and running through a quick pitch deck (and with no costs). But the plan was always to have a go at another, bigger equity crowdfunding campaign.

Compared with our first Equity Fundraising campaign, this time we set our sights higher, with a minimum target of $500,000 and a maximum target of $2,200,000. We set what we thought was an ambitious maximum target, one which would allow everyone looking to invest with an opportunity to make it onboard. Plus I won’t lie, I wanted to break the record for a brewery in Australia and I thought we could do it with the appetite out there for our brand, and off the back of what we hoped would be another solid result in the GABS Hottest 100 Craft Beer countdown.

We once again ran our campaign on the Birchal crowdfunding platform. On 18 January we put out a press release to announce our new campaign, calling for expressions of interest.

Despite the strong lead-up interest, none of us really knew how the campaign would play out – I wasn’t expecting us to hit our targets so quickly (we’d set a 22 day maximum fundraising timeframe) and to be honest we weren’t sure that we’d even reach the maximum target.

We had 2,600 expressions of interest (EOIs) which was very encouraging, but the biggest thing we noticed was the average amount people were saying they wanted to invest was above $4,000. This was a big change from previous rounds, where it was common for people to only invest a few hundred dollars.

I held a webinar the night before the launch for which we had 500 people RSVP, which was a lot more than Birchal had seen in other campaigns. During the webinar we had 300+ live for most of the time and had so many questions that I stayed on for 2.5 hours to get through them all. All up there were over 125 questions, despite me doing my best to answer common questions throughout the campaign. That was on top of maybe 300 – 400 emails and messages during the week that I was trying my best to keep up with.

All that said, we went into launch day hoping for a great response, and quietly confident. We went in with a ‘soft launch’ strategy, opening the campaign to the list of those people who’d left us an expression of interest, to be followed by a full scale public launch in the days that followed. So at 11:00am on 25 January we opened the campaign to the list and held our collective breath.

The love for our business across this time has been phenomenal. We’ve welcomed almost 1,000 new people into the Black Hops Alpha Team and the coolest thing is so many of those are staff, customers, re-sellers, suppliers, existing investors, traditional investors and just general fans of Black Hops. It’s been a humbling experience and we couldn’t be more stoked to continue to grow our proudly independent, Aussie made and owned craft beer business on the Gold Coast. Cheers to our new Alpha Team members!

Where Are We Investing The Funds?

Last year we committed to a major upgrade to our primary production brewery at Biggera Waters (BHII) on the Northern Gold Coast via a new, state of the art packaging line solution. The CFT packaging line upgrade represents phase 2 of our production upgrade and as well as product quality benefits it will lift our canning output from 65 cans per minute to 250 cans per minute – an increase of around 250 percent! We’re aiming to increase our production capacity to 10 million litres per year (up from 2.5 million litres).

Having taken over all of the sheds at our Biggera Waters Brewery site, we’re doubling the size of our floor plan as well as taking on a bunch of brewery and taproom upgrades.

As part of the raise we mentioned that if we hit our maximum, we would build a distillery onsite at BHII. Given we smashed the target so quickly, this is now happening! The brand will be Pine Ridge distillers and we will be producing Gin and Vodka in the short term, and Rum and Whiskey in the longer term.

For Those Who Missed Out On This Round

Apologies to those who missed out on this investment round – we thought that we’d set the maximum well and truly high enough to let everyone in. We were certainly not expecting to hit the $2.2 million target so quickly.

Please stay in touch on the Birchal site and jump on our potential investor email list in case we do another round down the track: https://blackhops.com.au/invest/