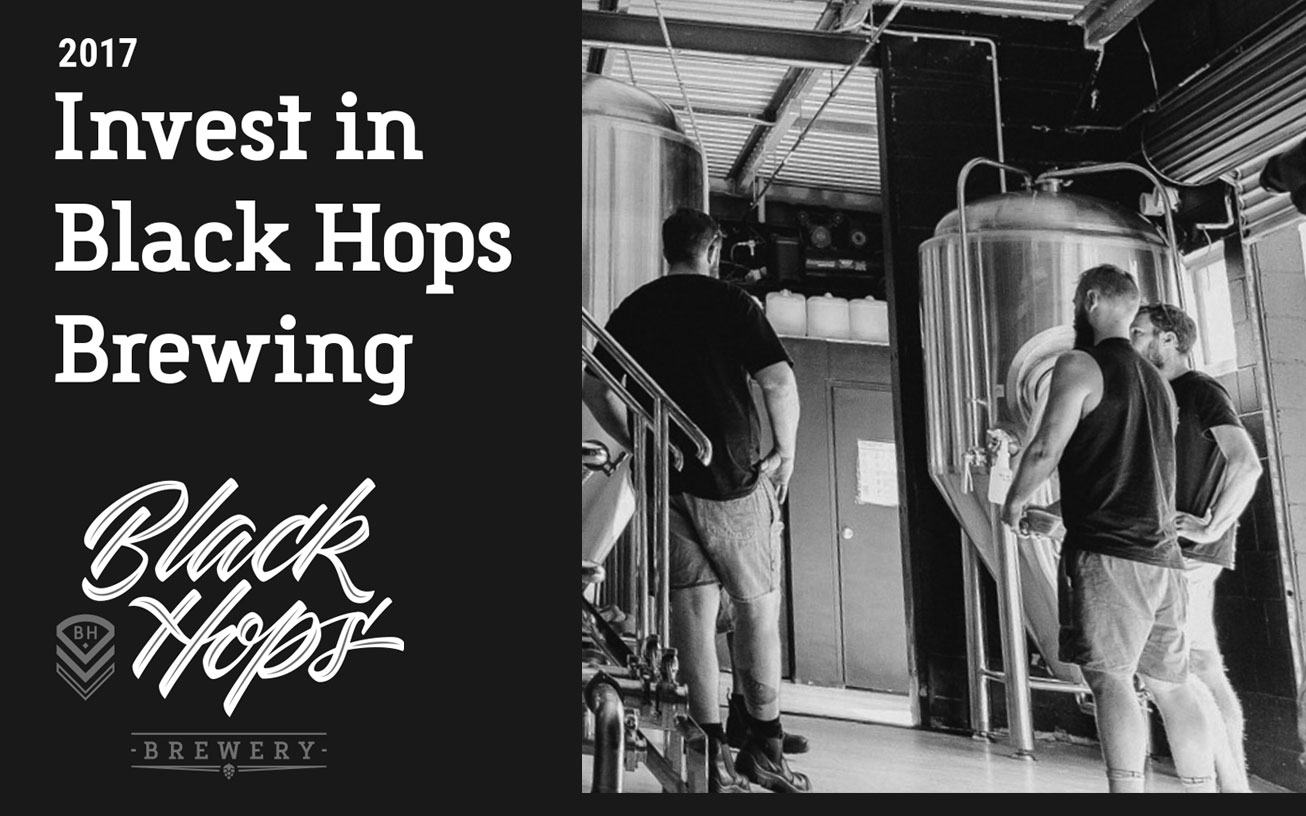 It’s been 3 years now since the concept of Black Hops was born, off the back of Eddie’s original idea to brew an Eggnog Stout.

One thing we’ve learnt over the journey so far is that operating a brewery is an expensive business. In this post we go into detail about how we raised $400,000 in our latest investment round to fund our next phase of expansion.

If you’d like to get a full copy of our investment prospectus (with some sensitive data removed, please click the banner and jump on our investors list. We’ll email the file to you). 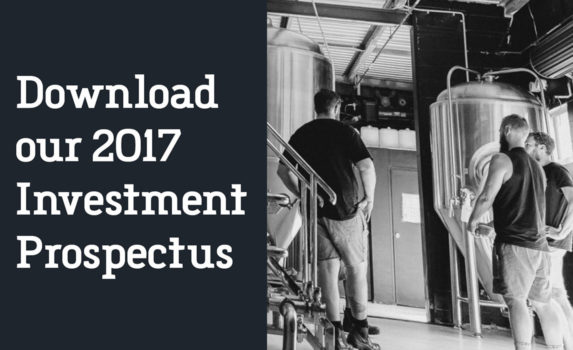 **Please note I have tried to be as transparent as possible with the details in this article however because certain details are sensitive not just to us but to anyone who invested. I have excluded the following details (which were provided to potential investors at the time)

Other than that, all the information we provided to potential investors is in this article and the attached modified prospectus**

When we opened the brewery, we got the majority of the funds together from the founders but also got 2 awesome outside investors (Sam and Paul). We also raised just under $18,000 on crowdfunding to help fund our small bottling machine and packaging.

A year or so in, we were back at square 1, having maxed out our tanks and needing to expand.

This time we went about the fundraising process a bit differently, with some surprising results.

The first thing we did was research what options we had. I was really keen on equity crowdfunding and I’ve been following the law making process in Australia for a while hoping the timing would work for us. Unfortunately because of delays, for Pty Ltd companies it won’t be legal in Australia till 2018. So while we are still keen to explore it, we couldn’t use it for this round. We had to raise money from family and friends like last time, so we started by doing some research into other breweries to get our heads around a valuation.

I did more research into capital raising by talking to a few people in the industry. I travelled to Brisbane to meet with my mate Aaron Birkby from Startup Catalyst who works out of Steve Baxter’s River City Labs. I showed him what I was putting together, discussed capital raising processes, the valuation and more. I left very confident that we would have no trouble raising the money from any number of people.

Equipped with enough information we were ready to start talking about a valuation as a starting point to raise more money.

Deciding on a valuation

Coming up with a valuation for a business that is 1 year old is not easy. Like anything in business it comes down to what you can sell. If we value it too highly, it would be hard to sell equity. If we make it lower, we could easily sell it but are we selling ourselves short.

This is the big challenge with capital raising. You need the money, but you don’t want to give up too much equity to get it.

But there’s more to it than revenue because our business is quite different to most of the examples in the list, so there are other things we had to consider.

We had to factor in the value of our brand, the traction we have so far and how fast the business is growing and where that potential will take us. We also considered our current team, current assets in the business, our products and the size of the market we are operating in, among other things.

Most importantly the valuation needed to reflect how much the current owners value Black Hops and how much we believe in the future of the company.

In the end we decided on a valuation that we thought was fair for a new company, but also reflected the traction we have gotten so far and where that traction could take us.

Interestingly in the end, no one questioned the valuation or really brought it up at all. Most people were just excited to be part of Black Hops and I assume felt the valuation was reasonable.

Telling our story – our prospectus

When we raised money to open the brewery, we put together a pitchdeck and went around from meeting to meeting ‘pitching’ our business. The process worked and we got our investors but we also got a few rejections and it felt like it could have gone either way.

It was also a pretty inefficient process and felt like it was us trying to sell something as opposed to other people trying to buy something. For me, my style of business has always been the other way around. I would rather build a big pool of people who are educated about what I do and then choose customers from that pool. It’s not in my nature to go out and hard sell people. Govs is very good at it but Govs also has a million other things to be doing as the only brewer at Black Hops, responsible for everything beer related that happens here.

So this time, the approach was different. I took inspiration from the prospectus documents I’d seen in crowdfunding raises and I set about creating our own.

I worked for a week on a Google doc, documenting everything we had done and checked it off with Govs and Eddie when it was done. There was a little bit of back and forth but not a lot. Claire edited it for me the day before I sent it to the designer, and I made a few more tweaks. Then I sent it to our designer to make it pretty.

In the end we had a super professional looking 30+ page document that told our story to anyone who wanted to invest. You can download it by clicking on the banner below.

Once we had the prospectus wrapped up, we turned our attention to creating a process around letting people know about the opportunity, as well as making sure we got the right investors onboard.

Because equity crowdfunding is not legal here yet, there are some kind of old school rules around raising investment finance. As such we couldn’t really promote the fact that we were raising money, but we are able to raise money from friends and family.

It’s a little bit vague but we essentially let our friends know, without much fanfare that we were raising money.

I set up a landing page on our website (still live but slightly modified, see here), so people could register their interest in investing.

Then we set up a pre-qualification process by creating a form to be completed by potential investors. We explained that it was for family and friends and explained the minimum investment etc, and more or less set it up so anyone who wouldn’t be suitable would be turned off by the questions and only qualified people would fill in the form.

It worked based on the analytics from the form, 69% of people didn’t fill it in. 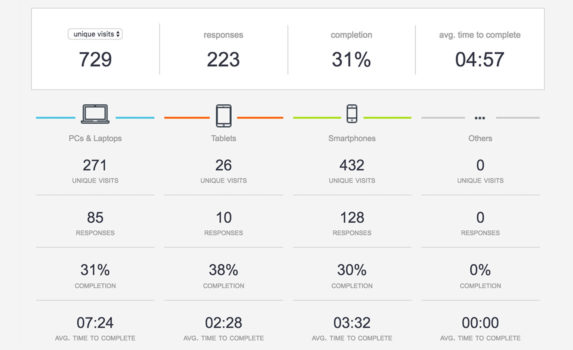 Despite the bounce rate on the form, we still did get 224 responses. So in the few days after posting it, I was inundated with interested people wanting to know more.

Some of the people could not invest $50k (our minimum) and filled the form in anyway, a lot actually, probably almost 100. For all of those people I emailed them all back and thanked them, but didn’t send through the prospectus.

For others who were keen and able to invest, I sent the document through and also answered any questions they had via email, text, Facebook message, phone or in person.

For people who were very keen and ready to invest I organised either a phone call or an in-person meeting at the brewery. This all happened within the first 3 days of opening the round.

Because of the level of interest, after 3 days I decided to shut off the form and focus on the people we already were talking to. I also created another form for people who were committing to investing to fill out to add them into another pool. This form asked more details and focused on why they wanted to invest, what else they could bring to the table and how much they wanted to invest.

I only sent this to super qualified people who I had spoken to on the phone or met in person. Some people flew from interstate to meet at the brewery, quite a lot were locals.

It was a great week, I had so much fun throughout the process, Eddie and Govs met most of the people who came through but didn’t have to be available and actively ‘selling’ like the first time around. It was a pretty cruisy process. Pretty much everyone who I met registered their interest in investing and quite a few also had friends who wanted to invest.

In the end, within 6 days after trying to raise $300k, we had offers totalling $1.25m from 19 different potential investors.

We didn’t want to raise that much money so we looked at our list and worked out what to do. In the end we decided to choose 8 out of the investors and offer them $50k in stock each taking the total up to $400k. We thought the extra $100k would help and it was easy to raise it now as opposed to running out and having to raise it later.

We notified the investors and locked in the $400k. It was originally our goal to do it in 3 weeks, we’d done it in under a week.

How will the money be allocated?

Here’s what we have in store for phase two of the growth of Black Hops.

At the moment our brewery exists solely in a 230sqm building on one side of a block. The other side of the block we have a 150sqm warehouse that we have taken over with the intention of adding more tanks. We are currently using it for storage and have new tanks currently at sea from China set to arrive in a week.

We have also ordered a small 150L pilot brewery with 300L fermenters. This will sit in the new unit and be used for tours and taproom-specific beers.

Here is a breakdown of how we will spend the money:

The fundraising process was a lot of fun and we can’t wait to begin the next phase of Black Hops. If you have any questions about the process or our expansion please feel free to ask them below.

You can also download the prospectus here if you are interested in digging into more of the detail.