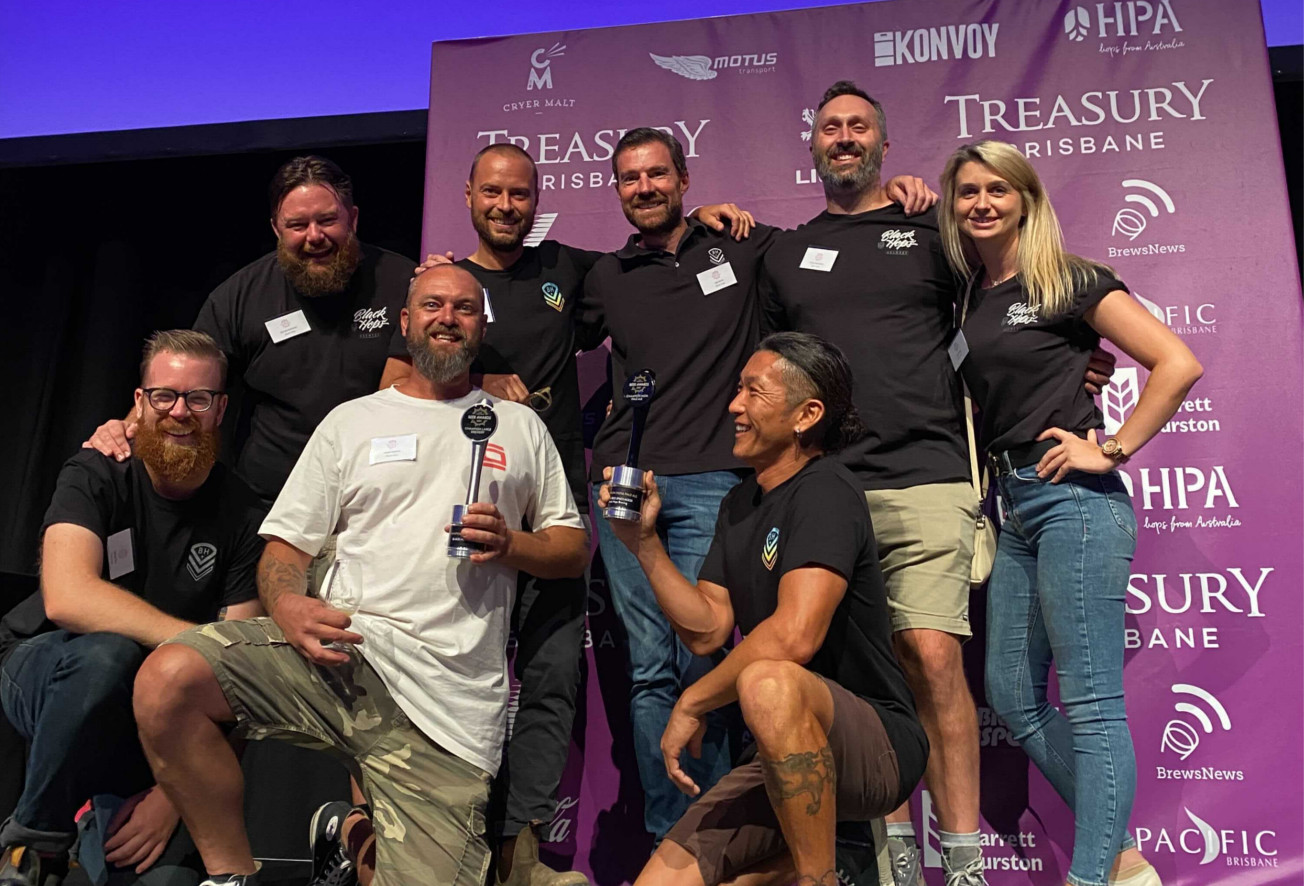 On 3 March a Black Hops contingent headed up to the Royal Brisbane Showgrounds for the Royal Qld Food & Wine Show (RQFWS) Beer Awards. These annual awards allow breweries from all over Australia to showcase their beers and gain valuable feedback leading into the Australian International Beer Awards (AIBAs) in May.

Having performed strongly at these awards previously we were once again stoked to continue our winning tradition, with our beers and brewery saluting at the podium for two trophies and two gold medals in the following categories:

This was the second time in three years that Code Red has taken out the Champion IPA award – huge credit to Govs and the brew-crew. And taking out the Champion Large Brewery was both thrilling and humbling on account of the amount of quality breweries we were up against. Again it was the second time in 3 years we have won a champion brewery trophy.

Our beers also took out a bunch of silver and bronze medals, including an inaugural appearance for one of our new barrel aged beers, AWOL Imperial Stout.

And while it’s great to be personally acknowledged by the industry, we were also equally pleased to see our fellow Queensland craft breweries such as Aether Brewing, Moffat Beach, Burleigh Brewing Company and Currumbin Valley Brewing also do well in taking out some of the major awards. Cheers to a prosperous 2021 for all Gold Queensland brewers.