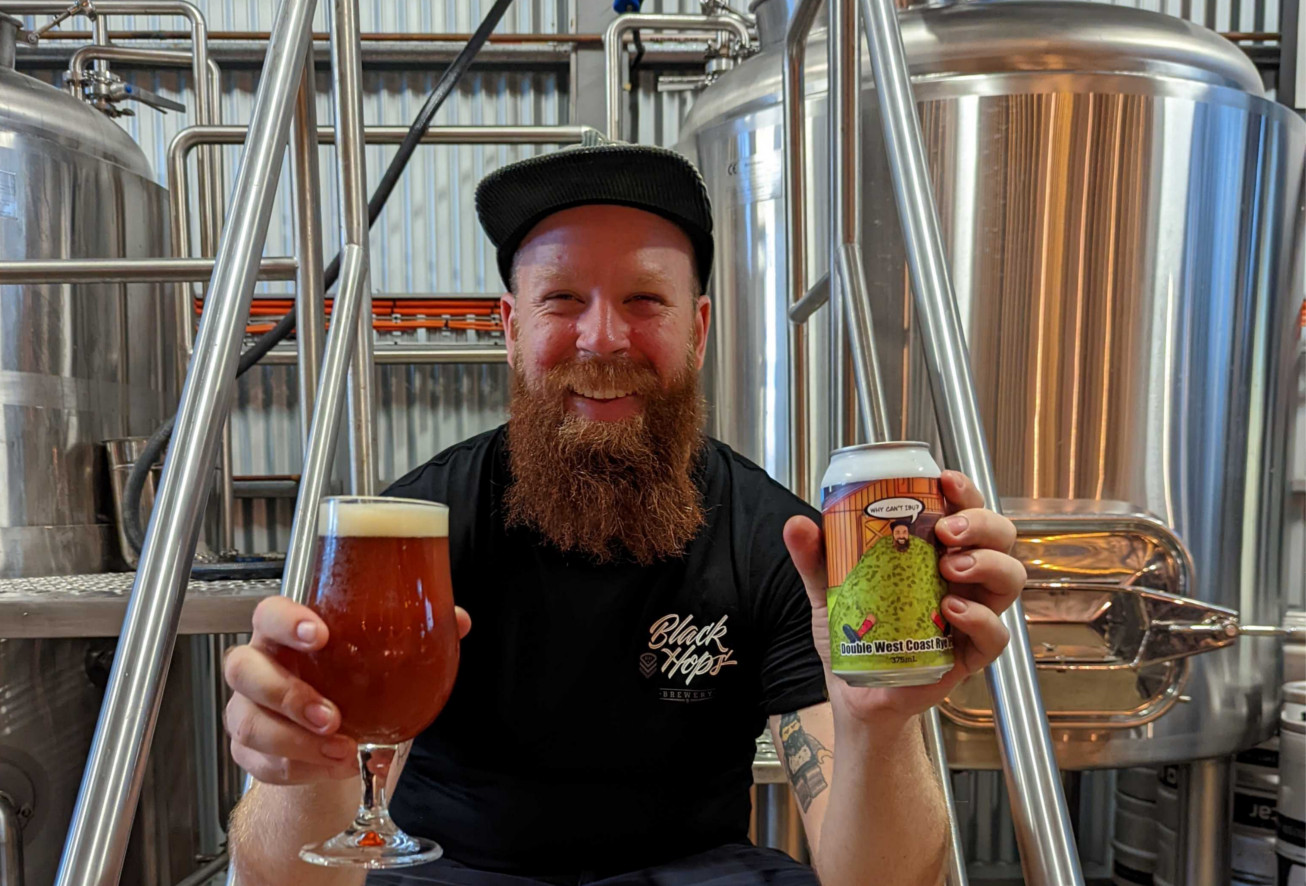 On 2 March a Black Hops contingent once again headed up to the Royal Brisbane Showgrounds for the Royal Qld Food & Wine Show (RQFWS) Beer Awards. These annual awards allow breweries from all over Australia to showcase their beers and gain valuable feedback leading into the Australian International Beer Awards (AIBAs) in May.

This year’s awards were the biggest yet, with a total of 570 beers from 76 breweries entered in the competition. This was an increase of 14% from last year, with interstate entries up by more than 60 per cent compared to last year.

With the competition for trophies and medals larger than ever before, we were stoked to snag a trophy for our recent 8% Double West Coast Rye IPA, Why Can’t IBU, which took out the Champion Hybrid Beer award.

For a while it looked like we’d equaled last year’s effort of taking out two trophies, when we were initially announced as the winners of the Champion Large Brewery award (having won this prestigious title last year). However it turned out that there was a calculation error, so the title was posthumously awarded to Victoria’s Stomping Ground Brewery. They also took out the Grand Champion beer award for their Czech Pilsner, so hearty congratulations to them for a mighty effort (the Trophy is in the mail!)

With a record number of entries this year we were very pleased to again be awarded a trophy, as well as taking home three gold medals (up from two gold medals at last year’s awards);

We were super stoked to pick up our first Gold Medal for our latest core range beer, East Coast Haze. And Code Red also scored yet another Gold Medal, to go with the Champion IPA trophy it has taken out at these Awards twice previously (as well as three Gold Medals at the AIBA Awards).

Our beers also took out a bunch of silver and bronze medals. We were particularly chuffed to see our AWOL barrel aged beers step up and make an impression with the judges.