Our Results At The 2022 AIBA Awards 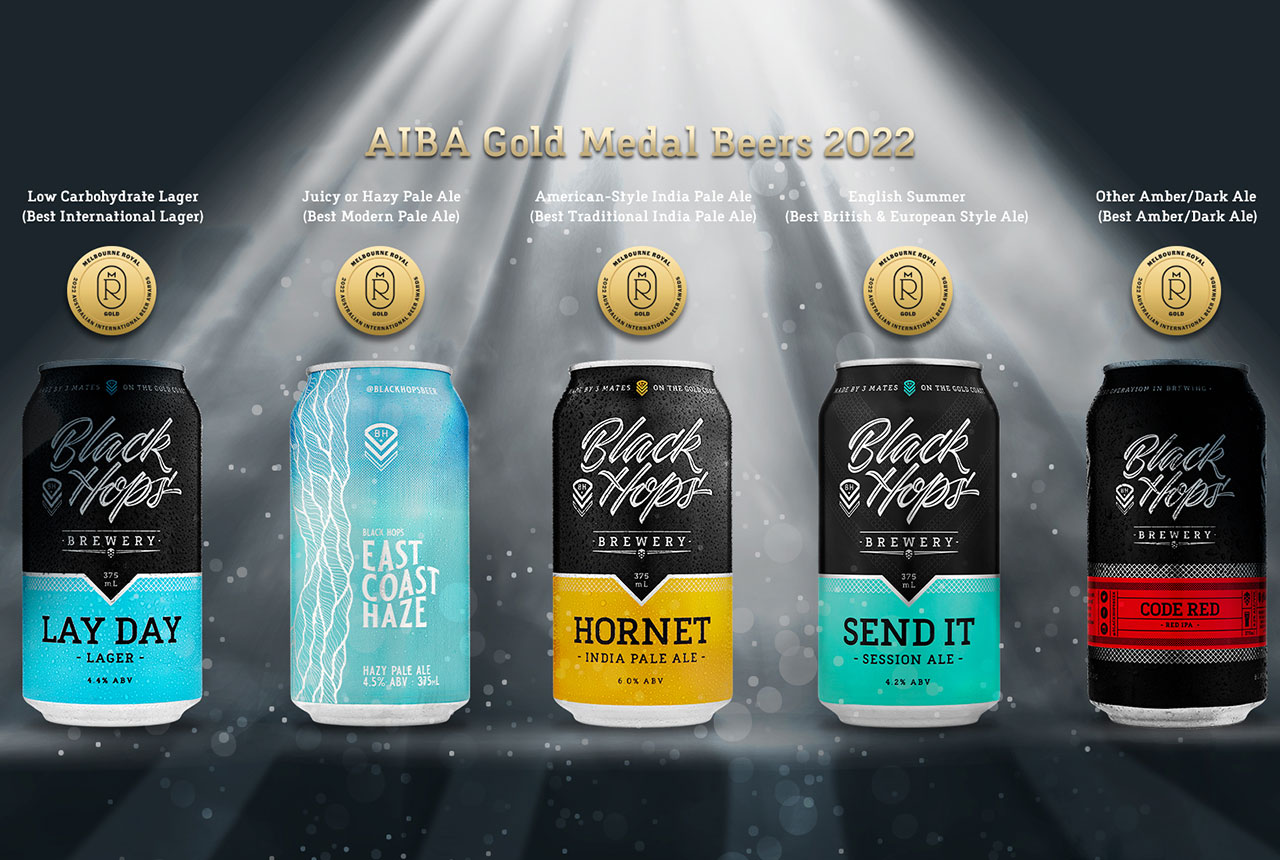 Coinciding with the ongoing GABS Festival celebrations, the Australian International Beer Awards (AIBA’s) were held on Thursday, 26 May, with a bunch of the Black Hops brew crew heading down to Melbourne to see how our beers stacked up against the best craft breweries in the land.

The AIBA’s have been going for over 25 years and are the largest annual draft and packaged beer competition in the world. Each year is a step up in quality and competitiveness, with this year’s awards featuring over 2,600 entries from more than 350 breweries.

Medals are awarded if beers meet certain scores, so in each category there could be multiple bronzes, silvers and gold.

We’ve managed to walk away with gold medals for our beers at every AIBA awards ceremony we’ve entered since 2017. And this year was another record breaker for us, scoring 6 gold medals for the first time ever (5 gold medals was the equal most we’d ever received previously.)

Here are the Black Hops beers that won gold medals:

An extra special shoutout to Code Red (and our brewing legend Toshi), which was awarded a gold medal for the 4th year in a row to go along with its 4 straight Qld Beer Awards gold medals – epic result!

In addition to our gold medal beers we also saluted at the podium with a bunch of silver medals:

Massive props to the whole Black Hops production crew, many of whom we brought along to the Awards for the first time. Making beer well and consistently is only possible because of the epic team who put in the hard yards in the brewery every day. It’s very easy to get something wrong with making beer and extremely challenging to keep beer at a high standard consistently over and over again. This ongoing quality and consistency of our beer was reflected at the 2022 AIBA’s, with our best performance we’ve ever had at any awards show (with our whole core range getting either gold or silver medals.)

And a big congrats to all the worthy winners on the night. WA’s Beerland Brewing took out the prestigious honour of Champion Australian Beer for their imperial kettle sour, Blueberry Clouds (backing up from their 2018 triumph in the same category.)

A few of the other major AIBA Champion trophy winners were:

You can find the full list of Award Winners here.