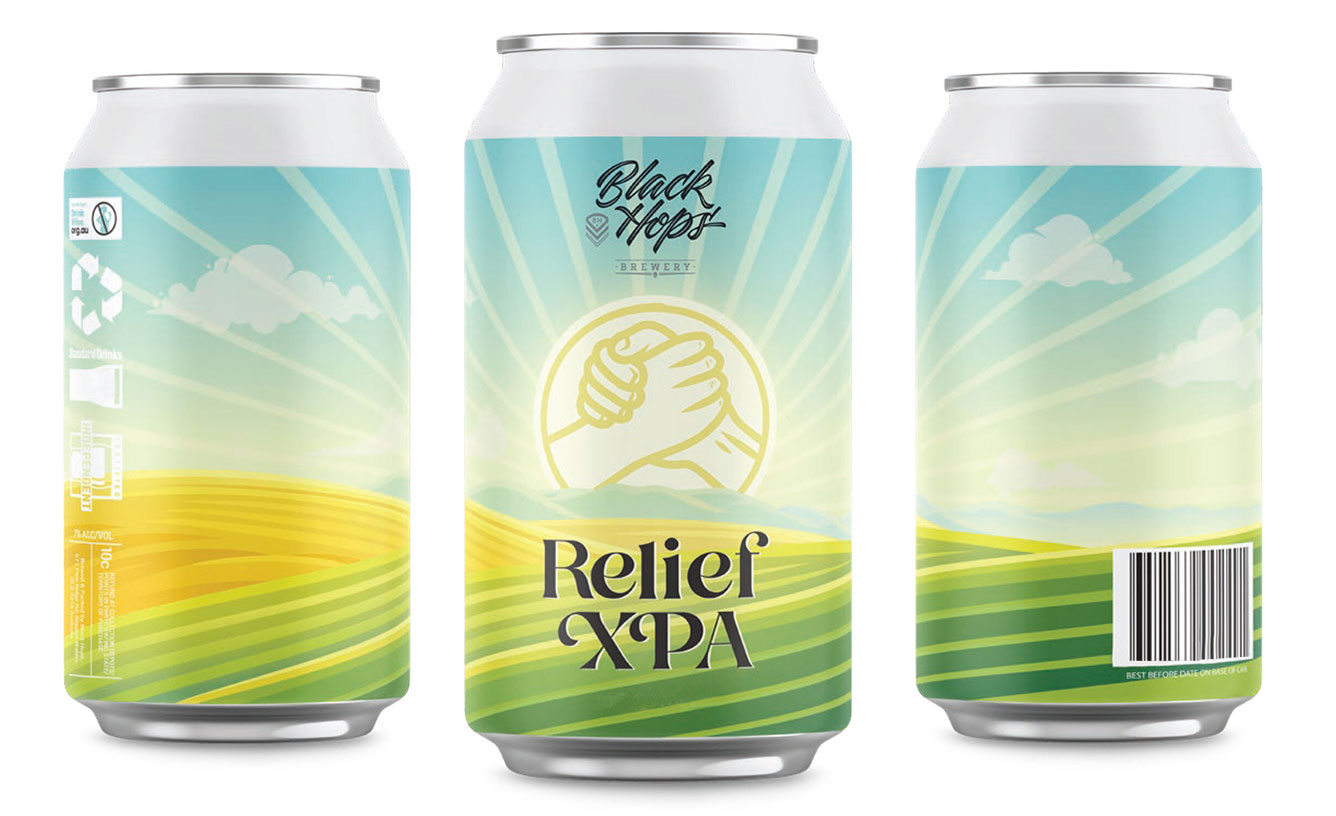 The recent devastating floods which smashed Queensland and NSW had a catastrophic impact upon many people, whose homes and livelihoods were literally washed away. At Black Hops these impacts cut very close to home, with friends, colleagues and retail businesses stocking our beer in the flood affected regions doing it very tough in the aftermath.

A few weeks ago a bunch of us here at Black Hops rolled up our sleeves and got busy helping out on the ground in local Northern NSW communities in whatever way we could.

One of the customers, Bec, from Curious Craft Ales followed up the visit with a suggestion to brew a supporting beer. Her idea was to bring back something similar to Resilience XPA.

Back at the start of 2020 we were contending with a different type of natural disaster in the form of the blazing bushfires which torched the country. At the time the craft beer fraternity rallied together to contribute funds for those doing it tough in the form of the Resilience Beer For Bushfire Relief project, an initiative where breweries in Australia (and even internationally) show solidarity by brewing a special fundraising brew called Resilience, a 5% XPA.

When the call went out again amongst the brewing fraternity, this time in response to the floods, it felt like a great idea to revive this idea. After workshopping the response with some other breweries wanting to help, we came up with the name Relief XPA and decided to make the beer fairly similar to Resilience XPA, but with a slightly tweaked recipe.

We’ll leave it to the other breweries to announce their own versions, but suffice to say the response has been great.

*We went ahead and brewed the beer at our Brisbane Brewery on Thursday, 24 March. It was a 1,000 litre batch and the beer was loosely based on the Resilience XPA recipe of 2020, but with slightly different dry hops (see downloadable recipe below).

We got one of our trusted can designers, Troy Cochrane of Troy Designs, to come up with the Relief XPA can design. We recently shone the spotlight on Troy and all the great design work he’s done for us, as part of a new, ongoing series of posts on Black Hops can designers.Troy also lives in Northern NSW so knows too well the pain inflicted on the community during the last month.

We didn’t want to go too full-on with flooding related visuals, so the brief for the can was to make the design more positive, representing things to come as opposed to the trauma from the past. With connotations of new horizons, solidarity, mateship and giving people a helping hand in getting back on their feet, we reckon Troy nailed the design!

How to get Relief XPA in cans or on tap

We will be donating all of the proceeds from the sale of Relief XPA to charities and organisations co-ordinating relief efforts in flood ravaged communities. We will announce these once the beer is released.

Files and Recipe Available to other Brewers

We are also making the design files and recipe available to any other breweries who want to brief their own Relief beer.