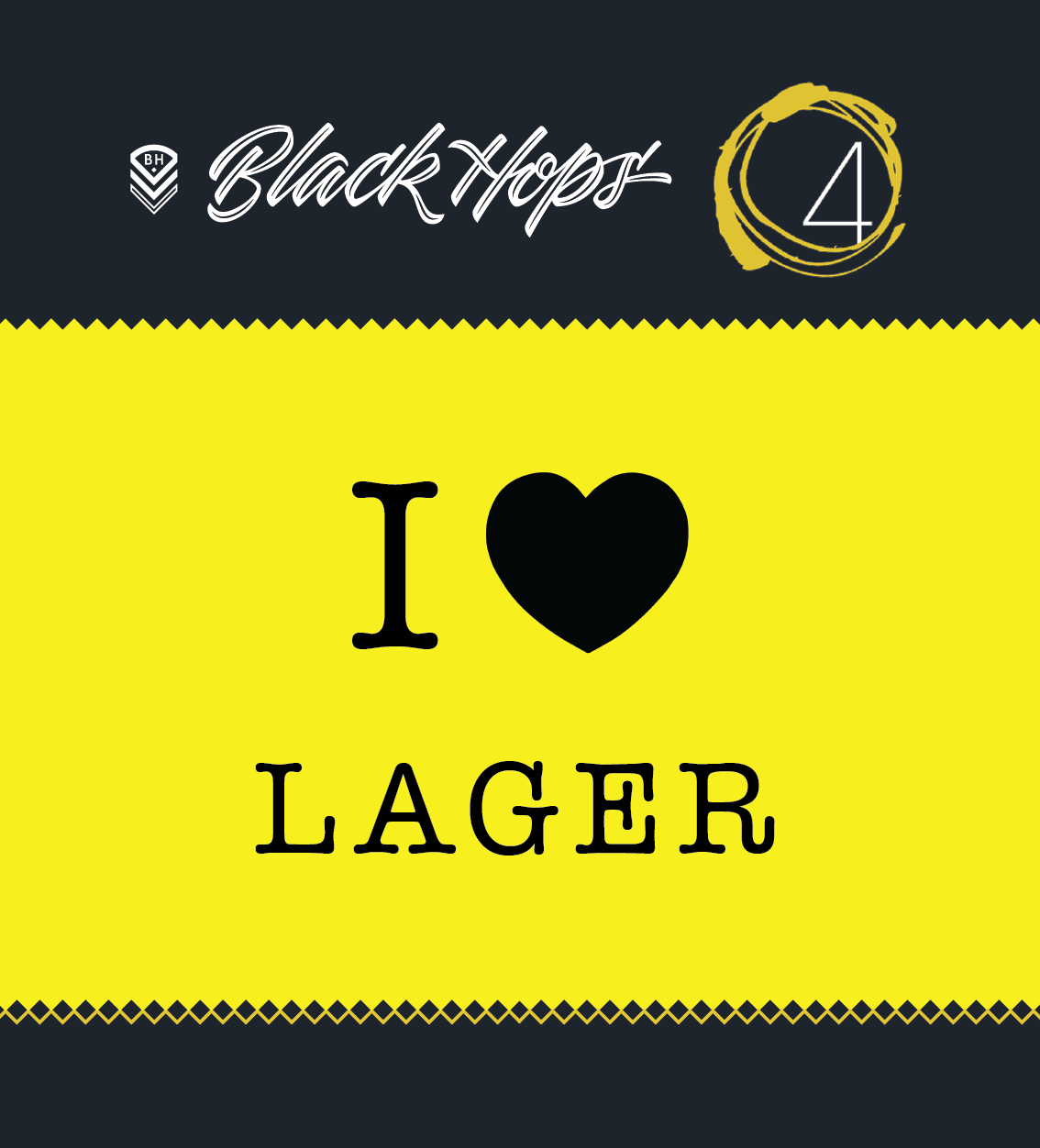 As per our motto of being ‘the least covert operation in brewing’, we want to share all of our brewing stories with you, both good and bad. Brews don’t always go according to plan, but as we’ve found out, sometimes this can be a good thing!

We’ll be doing a series in the blog, on examples where our brewing mishaps have resulted in nice surprises. Case in point, I Heart Lager.

Anyone who has brewed a beer at home, whether it’s your first Coopers kit or you 500th all grain HERMS competition entry, will know that it’s not always an exact science.

In  2015 we teamed up with the good team at 4 Hearts Brewing in Ipswich to collaborate on a new beer, and let’s just say things didn’t go quite as planned!

It was on a late night Uber ride in Melbourne during Good Beer Week in May 2015 that the conversation between our own Eddie and Wade from 4 Hearts turned brew-mantic. Before they reached their destination, a magical beer collaboration was born. We were pumped at this turn of events. Wade had been a massive supporter of ours since the very beginning and was always happy to answer our tricky questions such “how do we get a liquor licence?” and “where the hell do you buy a heat exchanger?”

A few months later Wade called, there was an opening in his brew schedule for the collaboration and it was on! We discussed what style of beer we were going to brew and came up with the concept of Black Hops meets 4 Hearts, which we knew just had to be black! With summer closing in fast we didn’t want it to be rich like a stout or a porter, and we also wanted to try something innovative. So we came up with the idea of a hoppy black lager – something like an IPA but black and a lager because, well why not?!

The name “I (Black) Heart Lager” was inspired by the iconic  “I Heart NY” slogan and was also a nice play on words for our two breweries.

The recipe was fairly simple, we wanted a hoppy, refreshing lager that was black as night but didn’t taste as ‘roasty’ as your typical black beer. We wanted it to create an illusion and have the drinker questioning their senses from the first taste. To do this we planned to use Midnight Wheat, a de-husked and roasted wheat known for its deep, rich black colour without imparting much flavour. This was to be mixed with German pilsner and some floor-malted Munich grain for balance. From there the brew would be generously hopped with late Centennial addition in the whirlpool and dry-hopped with Amarillo.

So what went wrong I hear you ask? First of all we couldn’t get any Midnight Wheat, a key component of our beer. As a small craft brewery buying premium ingredients from craft malt suppliers, one of the things you soon discover is that like Mick Jagger famously sang;  ‘you can’t always get what you want.’ But luckily that’s not where the song ends, and ‘you might find you get what you need,’..eventually.

So no Midnight Wheat? No problem! We could use Carafa III Special instead, which is a de-husked barley malt typically found in schwarz biers – that’s German for dark beers! But again no cigar – that  was all out of stock for at least a month.

Then Govs got the tip from Ian Watson of Fortitude Brewing, where he was still working at the time, to use Sinamar. This is a liquid malt made from Carafa grain in accordance with the strict Reinheistgebot German beer purity law. Most importantly we could actually get our hands on some, so it was full steam ahead. 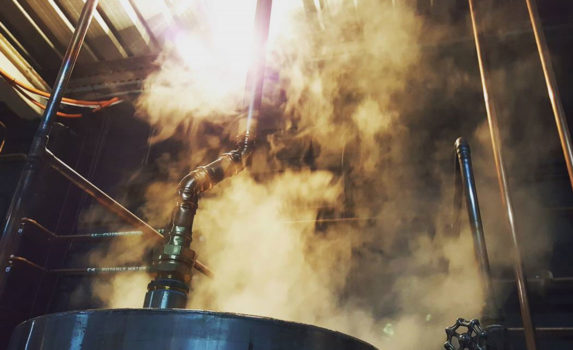 When it came to brew day, everything was going according to plan early on. Our mash pH and gravity were spot on. We hit our target temperature and water/grist ratio. We ran off from the mash tun into the kettle in record time, which in hindsight was probably too fast!

From there things quickly spiralled out of control. We were well below our pre-boil target gravity, which meant we wouldn’t get the desired alcohol volume of 6% and would end up at 5% instead.

What could we do? Short of boiling the wort (unfermented beer) for hours to evaporate and concentrate, we needed an innovative solution. Govs got out the calculator and started crunching the numbers. It was bold and risky but if we added some raw sugar, a typical brewing ingredient used to help dry out the body of a beer, we could get enough gravity points to be close to our target.

So the raw sugar solution it was. But after triple-checking the numbers a bit of panic started setting in. Our frankensteined recipe was bordering on too much sugar, which would make the beer taste boozy and harsh. But Govs assured us we were still in the safe zone..just!

Eddie jumped in the car, raced to the local grocer and bought them out of raw sugar, all 20kg worth! We added it at the end of the boil, checked the gravity and estimated it would  come in at 5.8%. This was within the +/- 0.2% tolerance we wanted.

But there was one major problem we hadn’t banked on..our wonderful black lager had turned a muddy shade of brown. In our haste to add the sugar we hadn’t added enough Sinamar to get the colour we wanted. We were devastated – there’s no way we could sell this beer as a hoppy brown lager and be known forevermore as Brown Hops Brewing!

Luckily for us, Sinamar is a sterile ingredient, which meant it could be added to the fermenter with the dry hops without having to boil it. We jumped on the phone and ordered another 5-gallon pail to be shipped immediately.

Then we sent the beer to the fermenter and pitched our lager yeast, set the tank to 12°C and after cleaning the brewhouse sat down with Wade and Rob for a much earned beer.

A week later we checked in with Wade to see how the beer was coming along. We expected it to take 1 – 2 weeks to ferment and had planned to add our dry hops on days 5 to 7. The gravity was coming down as expected and we added the Amarillo hops, along with the additional Sinamar to blacken it up.

Another week went by and it was time to drop the temperature on the tank down to 0°C to allow the beer to condition. Wade and Rob tested the flavour and told us the one thing we didn’t want to hear – the beer had “a weird acrid flavour”. This was heartbreaking. Was it the Sinamar? Did we use too much Amarillo?

But the wise head of Govs set our minds at ease, telling us that it was still very early days and that we should wait until the beer had time to cold condition until we got too concerned. And sure enough, 2 weeks later we had ourselves that cracking lager just like we had imagined all those months before. It was black as charcoal and the first sip was delightfully complex – clean and crisp like a lager but with a lovely hoppy flavour that was accentuated by aromas of lemon, orange and grapefruit. It averaged 4 stars on Untappd and became one of our best beers of the year.

The challenge now is to brew the beer the same way again! We’ve decided to do another collaboration with 4 Hearts Brewing on Thursday 11 August, this time at the Black Hops Brewery. So the challenge is set, to re-make all the same mistakes in a brand new brewery and re-create the I Heart Lager. 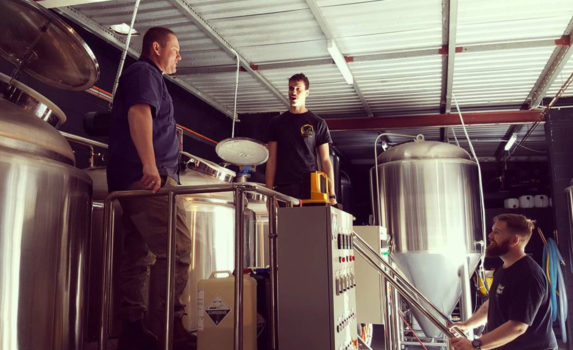