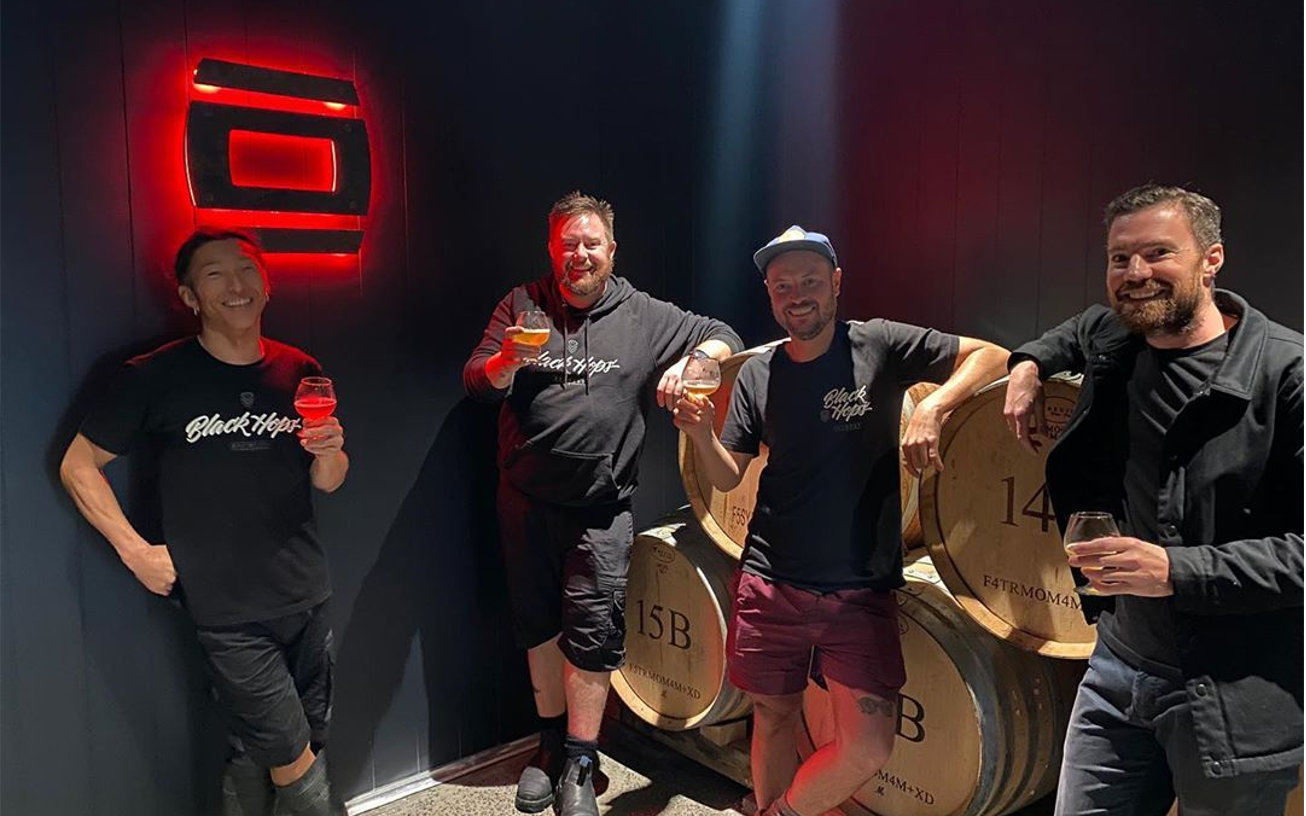 For the past few months we’ve been working on a new project here at Black Hops, building our very own barrel aged beer barrel room and taproom. Actually if you go back far enough, this project has been in the works for a few years.

Like Black Hops itself, AWOL started a little bit by accident. Back in 2018 on a trip away from the brewery, one of our kegs became infected in enemy (beer) lines. Upon returning to the brewery, intent on not giving up on our fallen soldier, we saw potential in the beer and began the process of rehabilitation. During the time it was away, it had developed into a surprisingly good tasting sour beer.

We decided to cultivate the beer into a barrel we had lying around at HQ and used it to launch our very first barrel sour. We named it AWOL and released it as a single keg at the HQ Taproom. It was a hit!

We used the same strain in a few different barrel-aged versions since, blending it with passionfruit and other fruit to bring out a unique fruited sour beer. I’ve you are a regular to the Black Hops HQ taproom, you might have noticed a few different versions on the taps there since 2018, AWOL #1, AWOL #2, AWOL #3, same strain with different fruits.

On a trip to New Zealand in 2019 the Black Hops founders fell in love with the idea of a barrel room and a barrel-aged beer specific tasting room. Upon returning to Australia our next idea was in motion, a dedicated barrel-aged beer taproom and a new line of barrel aged beers. When the site behind the brewery became available, the stars aligned and AWOL was born.

Accessible via Hibiscus Haven, behind HQ, the room we’ve been renovating started out as a meat factory 30 years ago. To say that the space needed a bit of hard work to get it fit for our purposes would be an understatement. But our renovation crew have done a great job in getting the space prepared for the launch of AWOL.

We’re currently half way through the fit out phase, having finished the barrel room, loaded it up with barrels and filled them with beer. We’re now making a start on the fit out of the taproom.

We have a whole bunch of barrels and have already started brewing beers specifically for AWOL. We have white wine, red wine, gin, bourbon and whiskey barrels, some of which have been filled with beer for a number of months.

Why are we excited about Barrel Aged Beers?

For those of you new to the wonderful world of barrel aged beers, they’re stored in wooden barrels (typically oak) that have previously stored wine or spirits and then left to age for a period of time. This allows the beer to absorb the flavours and aromas within the barrel.

These are a combination of naturally occuring chemicals in the wood (such as vanillin, to give it a vanilla- like, richly sweet aftertaste) as well as some subtle infusions from the previous contents of the barrel. For example, oak whiskey barrels will infuse the beer with malt and oak characteristics, which typically meld beautifully with beer characteristics such as hops and citrus.

One of the challenges (and also delights) of brewing barrel aged beer is that it’s not an exact science. Each individual barrel has its own specific characteristics, which means that each batch of beer will be a unique flavour bomb that will be almost impossible to replicate exactly.

What beers we’ve got planned

While it’s still early days we have put a bit of beer into barrels already. The Lark Whiskey barrels are full of our imperial stout, the white wine barrels are filled with a Golden Ale for a lambic. We have a Flanders Red in the fermenter that’s going into red wine barrels in a few weeks, and we have a few random one off beers in some of our older barrels. Some of these will be ready soon but most will take quite a while to be ready (6 – 12 months, maybe longer).

Our AWOL project is scheduled to launch for tastings and sales later on in 2020. Keep an eye on our Social Media @AWOLBeer on Instagram to keep up with it’s progress.