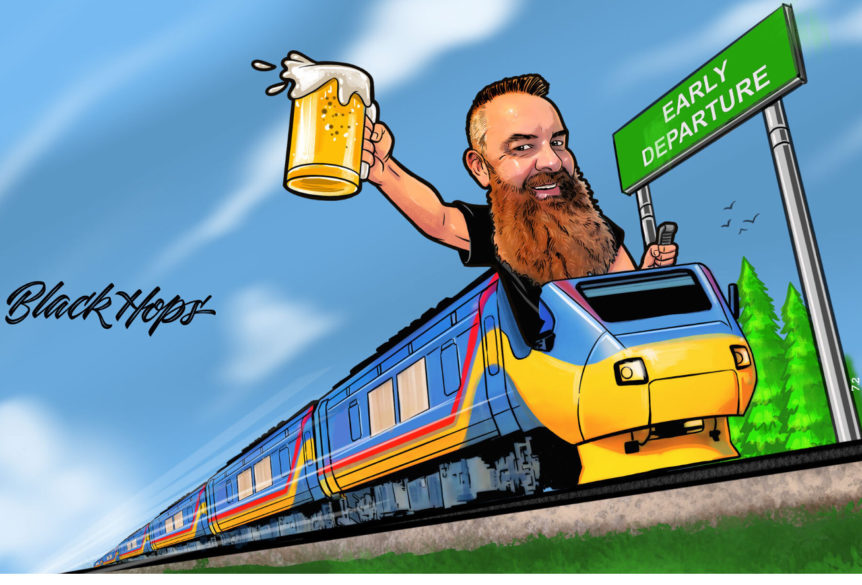 Recently we learnt of the tragic passing of Rod McGrath, who suffered a fatal stroke in May at just 54 years of age.

A true craft beer connoisseur, Rod was a regular at the Black Hops Burleigh Taproom (HQ) as well as various local beer festivals, where we got to know him. His love of craft beer was matched by his larger than life personality and super-friendly nature and his loss has been strongly felt amongst all of his family, friends and colleagues.

Daniel Leasegang, one of his best mates, met Rod through their work at Queensland Rail, and describes him as “one of those people that just had that way of lifting the vibe of any room. He was just an all around top person and he lived life to the fullest. I honestly could not find a negative thing to say about him. Every time you’d see him, he’d be laughing.”

At a recent teary-eyed celebration of his life, we came up with the idea of raising a glass and toasting Rod’s legacy by brewing a special commemorative beer. He really loved his India Pale Ales, so it made sense to come up with a big bold IPA to match the bloke that he was.

In collaboration with his good mates, the beer that we’ve come up with is a 7.2% West Coast IPA that we’ve named ‘Early Departure’, as a tip of the hat to his work at Qld Rail .. and for a life taken too soon.

We’ll be producing around 30 cartons of the beer, and will officially launch it at our Burleigh Taproom (one of Rod’s old haunts) this Saturday 21 August. And to help out his family, $1 from each can sold will go towards a GoFundMe drive set up by his good mate Daniel. So far over $1,800 has been raised. If you’d like to pledge your support, go here.

We will also be putting a keg on as a Karma keg and donating all money raised to the GoFundMe.

We’ll leave the last word with Daniel on how the flame of Rod’s legacy burns brightly still; “Beer brought us together but it has also now allowed me to meet his other friends and we’ve become mates as well. His memory will still live on.”