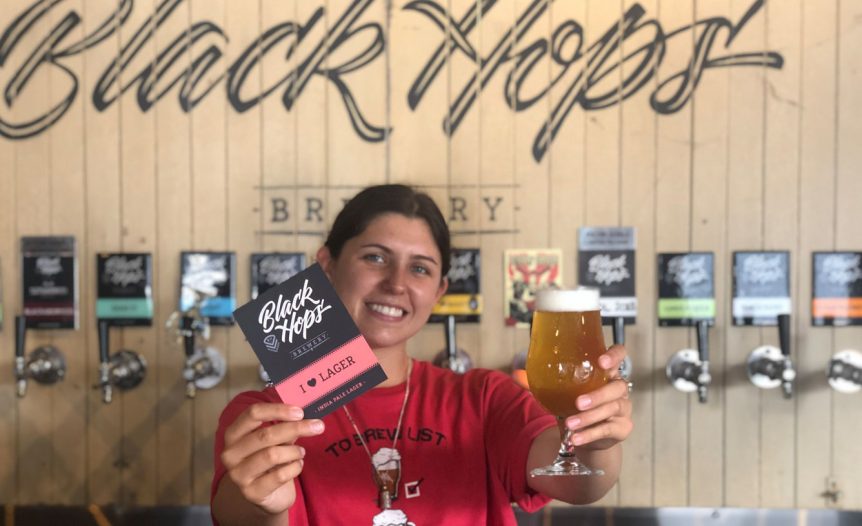 We are excited to announce our latest Community @ Black Hops initiative.

Friend of Black Hops, Wade Curtis, is a huge part of our beginnings. Wade founded 4 Hearts Brewing in Ipswich QLD and back when we were gypsy brewing, he gave us access to his brewery to brew some of the first batches of Black Hops beers. One of those beers was a collab brew named, I ♥ Lager, originally a black hoppy lager.

Wade has since left 4 Hearts, however he’s still a very active part of the craft beer scene. Recently, Wade underwent heart surgery to treat his diagnosis of Hypertrophic Cardiomyopathy (HCM). HCM is a heart disease which thickens the heart muscle which can make it harder for the heart to pump blood. Up to 1 in 200 people have HCM, and many have no symptoms. However, tragically in some cases, the first sign of the disease is sudden cardiac arrest, especially in young athletes.

Wade was diagnosed with HCM in 2018 after his brother survived a sudden cardiac arrest. Wade has since had a cardioverter-defibrillator implanted and is feeling great and now wants to give back to the community he suddenly found himself a part of.

At this stage there is no cure for HCM, but treatment proves to be very effective, so Wade is making an incredible effort to raise funds to aid research for The Prince Charles Hospital Foundation – Cardiology Clinical Research Centre (The Common Good).

Wade came to Black Hops HQ for a nostalgic brew and we created an updated version of I ♥ Lager. The new brew is a hoppy India Pale Lager (no longer a black lager) with lots of Riwaka, Amarillo and Calypso hop flavour melded together with old world lager brewing techniques for a dry clean refreshing summer beer.

For every glass sold at the Black Hops taproom we will be donating $1 to The Common Good (around $100 per keg). We are also donating $30 from every keg sold to venues, and Wade has decided to match the $30. On top of that we will be encouraging venues and our community to get behind the idea and donate to the cause as well.

If you would also like to get behind this and donate, please visit this page.

We will be launching the beer this Saturday 5 Jan at HQ. Follow our social media to see where the beer ends up on tap.