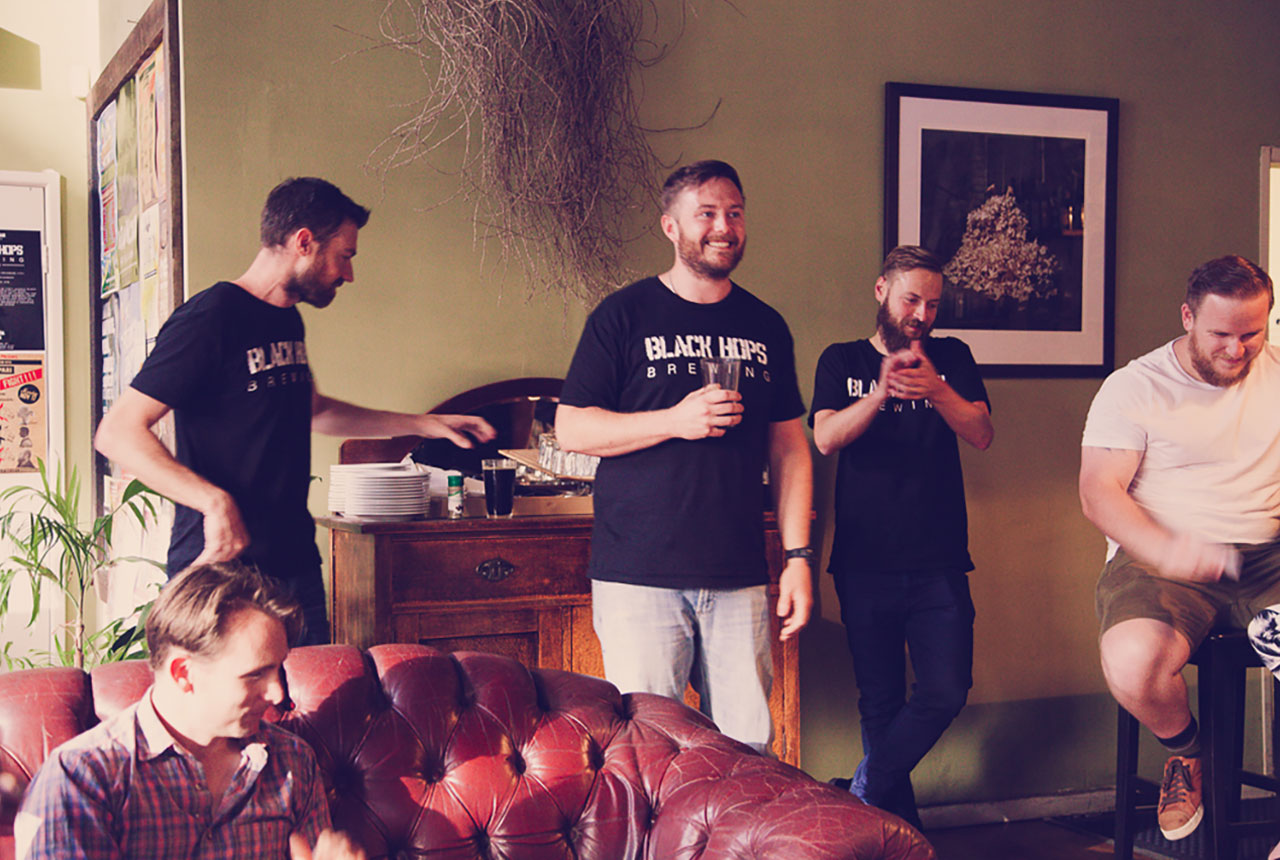 Today the Black Hops founders caught up with the team at Black Hops II to announce that Black Hops Co-founder Govs would be finishing up as a full time Black Hops employee in the coming months.

Towards the start of this year Govs let me and Eddie know that he was aiming for this year to be his last. Govs has always said his goal was to make himself redundant once he achieves everything he wanted to achieve with Black Hops.

While the timing is never perfect, over the last few months we’ve been working out the details of how to pull this off and we feel like the time is as good as it is going to be. It has always been part of our DNA to help other brewers get started and Govs has done a lot of this (and continues to) away from Black Hops. In the next few months Govs will be focusing his attention on starting a consultancy helping other aspiring brewers get started in the beer game.

Words cannot describe what Govs has done for Black Hops, of course there would be no Black Hops without Govs. He will always be one of the 3 mates, always be a founder and a significant shareholder in the business, nothing will change on that front. We will be fully supporting his next endeavour so you certainly haven’t seen the last of him around Black Hops.

It’s the 8th year since we started Black Hops and the founders haven’t all always worked full time in the business throughout that time. And while Govs is leaving as a full time employee, he will still be very much engaged with the business, in fact we are already planning a project which he will be involved in for later in the year.

So it’s not quite goodbye but it’s the end of an era and the start of a new chapter for the business and for Govs.

We wish him all the best and we are super confident he will smash out his new path and that the Australian beer industry will be better for it. There is no one better to help aspiring brewers achieve their dreams than the guy who took a homebrew to Australia’s champion brewery and one of Australia’s largest craft beer brands in a few short years.

We will be planning a team event to have a bit of a farewell and we’ll share more when the time comes.