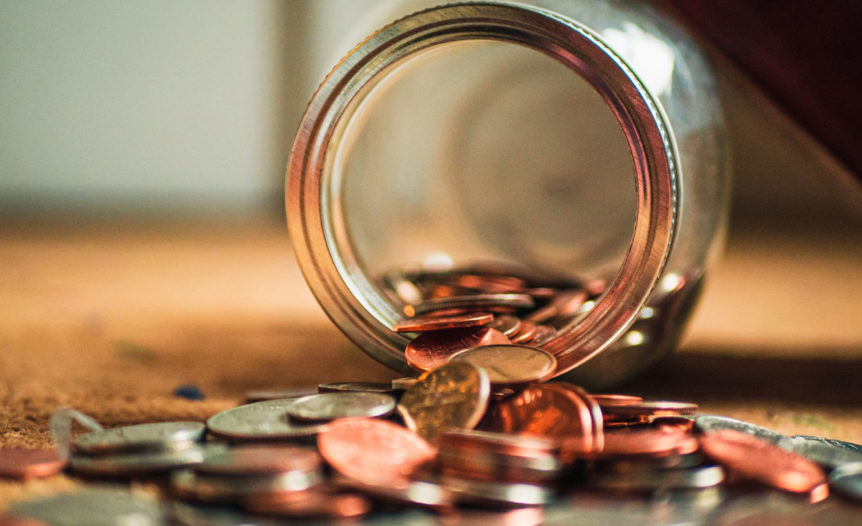 In 2016 we wrote the article Craft beer prices: how much does beer cost to make?. It’s the most popular post we’ve ever put on this blog, and I’ve been meaning to get around to updating it. So here is the updated post on how much it costs us to make beer.

The cost of beer for us has changed a lot since we wrote the post in 2016. The main changes have been:

In 2016 we estimated that our cost was around $70 for a 24 pack of 330ml bottles, or $53 when converted to a 16 pack of 375ml cans. Looking back at those calculations I think we underestimated a few costs, particularly ingredients.

Today we estimate this cost to be about $40.

The % profit margin is decided by the business based on their strategy. Ours is very low, because we have been aiming to become one of the bigger craft breweries and to do that we wanted our beer priced on par with the bigger brewers. A smaller local brewery would likely want higher margins and optimise for profits as opposed to longer term growth. Or perhaps there is some balance between the two.

How much does beer cost now?

What follows is a rough calculation of how we cost out our beer as of July 2020. First off, a few disclaimers:

Here are the numbers for our 4.8% Pale Ale. First off here are the overall costs shown as a cost for the batch, then further down we break it down for a carton of beer.

Costs broken down per carton

So the cost is around $40 as best as we can guess. From there we would put a % on there for a profit margin for us which is necessary for any business, and then our retail partners would add a % for their own business, and then add GST. In some industries these margins could be as high as double or triple the cost price of the product. Beer is super competitive so the margins are so tight that it’s not uncommon to find a carton of our beer for $55-$60 which means the brewer and the retail partner are only putting tiny margins on the beer (10-15% each) and then GST.

By way of comparison, here are the costings for a 500L batch of Cream Cloud, a 9.7% small batch beer we did at the taprooms. I’ve included an example of what would happen if we added 15% for us and another 15% for a potential retailer. It results in the beer coming out at a retail price of $140 for a 16 pack. At those prices, with beers like this we tend to only sell them at the taproom and reduce the margins so they can come in at a more reasonable price. Not too many people want to pay $140 for a carton of beer.

There are also a lot of things not included in these costs:

I know we have some smaller brewers reading our posts, so I’ve got some thoughts here for brewers.

First off, it’s important to know your numbers. We have a long way to go with this but we’re getting better and we’re constantly trying to improve to know our numbers better and better. We are still using spreadsheets for most of this and doing it manually, if you are using a production system that makes it more accurate and automated, then that would be a great help.

I would describe our pricing as sharp, especially when you consider that we are a smaller brewer without institutional funding or ownership by the majors. There’s not much room for error. We want to be at the right price for people to choose us when they go to the bottle shop. We priced our beers at this level with the expectation that we would hit the scale to justify the price. But to do that we had to triple our volume, with basically no marketing budget, which is no small task.

We were able to do that and we are at around that point now, but for a lot of the last year we were losing money, in some months a lot of money. This was the long term decision we took to aim to become one of the bigger craft breweries. It was a very risky thing to do, getting through the last year or two hasn’t been easy. If your strategy isn’t to try to compete with the bigger brewers in bottleshops, then I would certainly be leaving more room in the pricing for a bit more profit and a bit of room for error. Doing it the way we have done it has been scary.

The scarcity of the beer has a big impact on what people are prepared to pay as well. We don’t deliberately hike up the prices of any of our beers, our small batch Recon brews are naturally a lot more expensive to make and are therefore naturally priced higher. But if we wanted to make more money on some beers and less on others we could certainly hike up the price of certain beers. Depending on how competitive styles are, the competition might not be as fierce for that style. These are all things worth considering when you are deciding what beer to put out and how much to charge.

For consumers, the main purpose of articles like this is to help you understand that for the most part, breweries and retailers are not trying to rip you off. Beer is incredibly expensive to make and while $60 for a 16 pack sounds like a lot, it probably means that brewery is making nothing or close to nothing on that beer, and the retailers isn’t making much either. This is particularly true if they are small and independent.

A lot of the time, breweries will charge what they think is reasonable and not even really know how much the beer costs to produce. The founders and early staff of smaller breweries will put a lot of extra time in themselves on batches that doesn’t properly get costed out and if it was, would probably result in beers being priced a lot higher.

If you are buying beer from a small local brewery (which we always recommend), the costs are naturally going to be way higher. It’s not a fair comparison to compare a 500L pilot brew to a carton of Coopers. Of course no one would expect a consumer to pay more just for the fun of it, so the beers have to be better in some way – fresher, or more limited, more interesting, better story, better design etc. That’s why small brewers have to work so hard to make something interesting to consumers who can easily buy beer very cheaply from large scale producers.

We have always tried to find a bit of a balance. We aim to have a lot of interesting experimental beers which can get pretty expensive at our taprooms. But we also want a well priced Pale Ale, Lager or IPA that you can buy from the bottle shop.

I hope this article was useful, if you want to discuss things like this in more depth, the best place is the Facebook Ambassador group.

Photo by Josh Appel on Unsplash