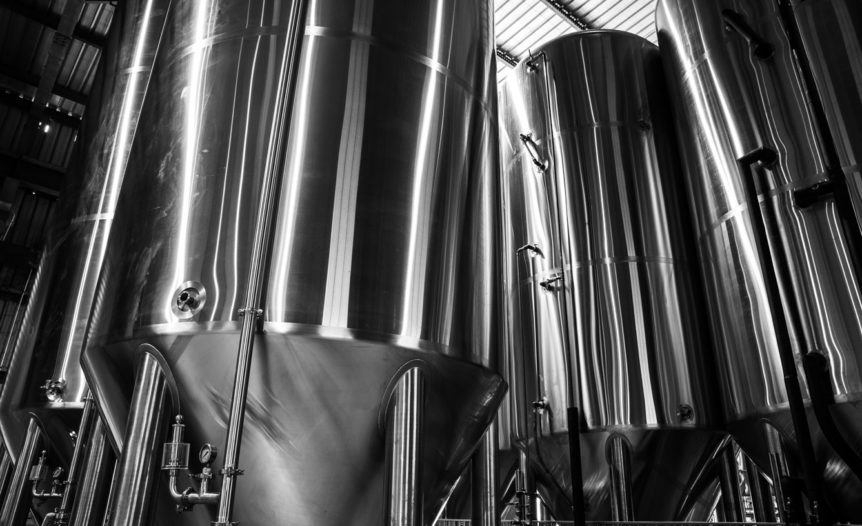 Did you know most of the beer brewed by Black Hops is low in gluten and have been for a few years? This is also the case for a lot of other craft breweries. Read on for an article that goes into depth on the topic.

Low gluten or gluten free beer…now there’s a concept that regular beer drinkers would have poured scorn upon not that long ago. Choosing a beer based on health and dietary factors? Yeah right..now pass me my schooner of standard Lager.

But the times they are a changin’, and the concept of gluten free beer (or when it comes to the Aussie market, low gluten beer) is not as alien as it once was. With more and more people making more conscious decisions in regards to what they eat and drink, low gluten beer is starting to gain an ever growing foothold in the marketplace.

This has been coupled with the rapid growth of the independent craft beer market in Australia, giving rise to a new type of beer drinker. A growing class of ‘beer connoisseurs’ are now seeking beer that is tasty, fresh, and dare we say it, better for you.

What is gluten, and why is it bad for some?

Gluten is a term used to define a class of molecules called storage proteins. For those people who have an autoimmune disorder known as coeliac disease, the presence of gluten causes an uncomfortable immune response in the gut, as it’s hard to digest. Symptoms include stomach pains and severe cramps. It is recommended that coeliacs only drink gluten free beer.

According to figures provided by Coeliac Australia, coeliac disease affects approximately 1 in 100 Australians. But 75% of cases are undiagnosed, which means that there are more than 150,000 people unaware that they have the condition.

Another 5% of the population have less serious gluten sensitivity issues, so in addition to gluten free beer they can also drink low gluten beer.

So what’s the difference between gluten free vs low gluten beer, and why do we need to make a distinction?

How is low gluten beer different to other beer?

A traditional beer recipe uses wheat and barley to provide fermentable sugars essential to the brewing process. Both these ingredients contain gluten. According to the CSIRO, there can be up to 100 gluten proteins in wheat (known as gliadins and glutenins) and up to 50 in barley (known as hordeins). Similar proteins are also found in oats, rye and spelt.

So in order to make a gluten free or low gluten beer, gluten free grains and grasses such as millet, corn, rice, buckwheat and sorghum are substituted instead.

The other option for brewers, instead of grain substitution, is to remove or break down the gluten in wheat and barley. However this process doesn’t necessarily result in the removal of all the antigens that cause issues for coeliac sufferers.

With today’s progressive outlook when it comes to brewing, using gluten free grain options has progressed to a point that there are now a whole range of tasty beers that deliver a credible alternative to those who may not be able to (or want to) drink beer that contains gluten.

Gluten free beer traditionally caters for a small, niche area of the beer drinking landscape, specifically brewed for people who cannot ingest gluten due to health reasons. For example, those previously mentioned as suffering from coeliac disease.

The ever-increasing rise of gluten free living as a health and lifestyle choice (to achieve better digestion and gut health), has led to an exponential rise in the amount of beers that are now marketed as ‘low gluten’. Research suggests that up to 30% of Australians are actively looking to cut down on gluten.

The rise in availability of low gluten beers has also opened up the joys of knocking back a fresh, tasty brew to people who have traditionally avoided beer due to more general gluten related intolerances, such as wheat allergies.

The same goes for those who subscribe to the paleo diet, which restricts the consumption of particular grains. And people who suffer from bloating may also gravitate to the gluten reduced side, on account of them being lighter and easier to digest. The list goes on..

In Australia, beer that has been tweaked to make it suitable for gluten intolerant drinkers is often branded as low gluten beer, as opposed to gluten free beer.

The base definition of ‘gluten free’ in the Australian food code is that it contains less than 200 ppm of gluten (or 20 milligrams per 100 grams).

However if the possibility of gluten cross contamination exists (eg coming into contact with machinery that has produced a gluten containing product), then a declaration stating something along the lines of ‘may contain gluten’ must be displayed.

So, when all is said and done, does gluten free beer actually taste any good? Well, in a nutshell, yes it can!

Flavour wise, gluten free/reduced beers tend to be a bit crisper and lighter than their counterparts. Which make them a great flavour alternative for those who may be put off by the more robust flavours often associated with beers containing gluten.

In 2015, Scottish craft brewing trend setters BrewDog launched their gluten free Vagabond Pale Ale, to much fanfare. It beat out a range of ‘regular’ beers when being judged on flavour based criteria prior to its official launch.

Time to let you in on a little brewing secret; Black Hops beer recipes have been tweaked to incorporate the low gluten approach for the past two years.

Our beer complies with the ‘less than 200 ppm of gluten’ requirement, however, as it contains malted barley, a gluten free claim is not currently permitted due to ongoing studies into the testing method used and its ability to provide accurate test results for gluten in highly hydrolysed products (such as beer). We have chosen (in consultation with Coeliac Australia and the CSIRO) to use the wording ‘low gluten’, so as to be more meaningful for consumers.

Having said that, it’s not something we have used at all in our marketing. We feel that doing so leads to consumers thinking that other beers are very high in gluten, when in fact a lot of craft beer breweries brew low gluten beer.

All of our Core Range beers (except G.O.A.T.) comply to the ‘low gluten’ standards, and are therefore suitable for those people with gluten intolerances, with the exception of those with the less prevalent coeliac disease.

So, what steps do we take in the brewing process to ensure our beers comply with being ‘low gluten’?

The way we achieve a low gluten rating for our core range beers is to add a brewing enzyme called Brewers Clarex during the process of fermentation. It was originally developed to prevent haze in beer, but researchers have since found that it possesses a secret power – to neutralize gluten in beer, rendering it safe to drink for many gluten sensitive individuals.

Ideally, those who battle Coeliac Disease should have zero gluten in their diet. The safest choice for a Coeliac is to drink a gluten free beer, a beer that was brewed with entirely gluten free ingredients to begin with, resulting in no need for an enzyme such as Brewers Clarex.

There is a bit of a story behind how Govs went about tackling gluten reduction in beer. One of his best friends, Mel (who is an absolute Black Hops frother and all round legend – we love you Mel!), developed an intolerance to gluten later in her adult life that resulted in her having to abstain from one of her favourite beverages – beer! For a beer guru such as Govs this was completely unacceptable, so he spent the next 12 months researching, experimenting and testing the effectiveness of gluten reduction strategies in the brewing process. Luckily Mel was a willing participant in these tests and after a few stomach aches, the correct process and dosage was discovered and order was restored to the beer world!

So if gluten intolerance is an issue for you, rest assured that all of our core range beers are all legitimately low gluten. As are most of our beers, other than some of the crazy ones with specific additives that would contain gluten.

If you want to discuss low gluten beer any further, head over to the Black Hops Ambassador Group on Facebook and hit us up!