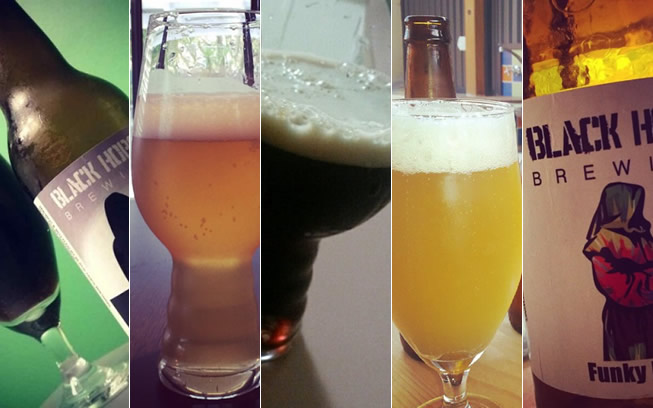 For our first commercial beer, we followed the process of brewing a pilot batch first, and then delving straight into the commercial brew.

We like this way of doing things, so we’ve been continuing to brew the pilot batches the whole time, in fact 10 in total! You may have seen us posting a few pics on our Instagram account.

Some have worked out almost exactly as we wanted first go, and some haven’t. Here are our lessons learnt so far.

The Eggnog Stout was our first go and while we had big dreams, when it came to tasting it at 9am 2 weeks after bottling, we were a little nervous to say the least! We all gasped when Govs popped the lid in the first one, proving that at least it was carbonated.

None of us had tasted a beer like this before, so the ingredients were experimental and we were expecting it would take a few batches to get right.

But when we smelt the beer, the cinnamon was there, the nutmeg was subtle. To taste, you’d get the brandy but not too boozy, a touch of vanilla and more importantly a delicious dry stout flavour. We were stoked! Like literally giggling!

Perhaps luckily for us, the very first pilot batch we did, went almost exactly according to plan. This gave us the confidence to give it out to friends in the industry and ultimately brew it commercially.

Here are some posts we’ve put up about the Eggnog Stout:


Our second pilot batch, was an all Aussie Pale Ale brewed as a favour for the Goldtoast Supper Club. For this one we brewed with Aussie Malt, Aussie Wheat & of course Aussie Hops (Pride of Ringwood, Ella & Enigma).

A clean Aussie pale ale, light bodied crisp with light tropical fruit aroma from the enigma hops. A very sessionable pale ale, nothing fancy but solid (it’s Aussie after all).

While it was a great beer, it didn’t really differ that far from what is already available so at least for now we have no plans to brew it commercially.

With that one done, we were keen to focus on a few less common styles.


Early on Govs was keen to experiment with Belgian styles. First cab off the rank was a 9.5% strong dark belgian ale. The only catch was we were going to have to wait 6-12 months to drink it! On top of that, we would do one version with Oud Bruin yeast to give it a bit of funk.

Of course we didn’t wait 6 months to drink the Dark Monk. After 2 weeks we could wait no more, so we gave it a go.

It provided rich aroma of rum and raisins, followed by a burnt caramel flavour of dark candied sugar with subtle stone fruit. Alcohol content was fairly well disguised although it was clear that as it aged, it would settle down even more.

We tried again after 3 months and it was getting a lot better, and after 5 months (time of writing) it is bang on.

This is not the sort of beer you would drink a lot of, so I doubt we will do it commercially any time soon. It’s a great beer though so maybe we’ll keep it up our sleeve for small batches or special events. 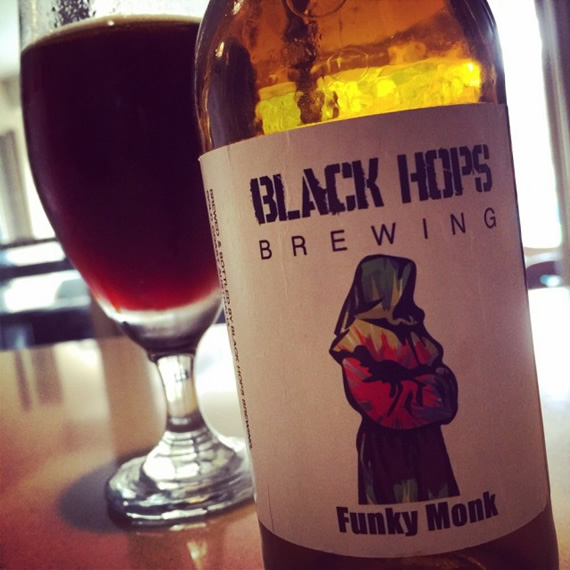 The Funky Monk was the same but with Oud Bruin yeast. The idea there was by adding the different yeast, we would get the dark belgian flavours but also get a big funky bonus.

When we tasted it early on, it tasted very similar to the Dark Monk. The yeast was yet to weave it’s magic. As the months went on, the funk came out a bit more.

Still, even now, after 5 months there is not enough funk. We had a 6-12 month timeline in mind for this one so we’ll leave a few of them and see how they turn out.

In hindslight, Brett yeast might have been a better one to go with, to bring out a bit more funk. It’s hard to make noise above the strong dark belgian flavours.

Either way, it’s an interesting beer and there might be something to the idea. It would probably take a few more batches to really get it right.

For now, we’ll leave this one alone, but you never know down the track. 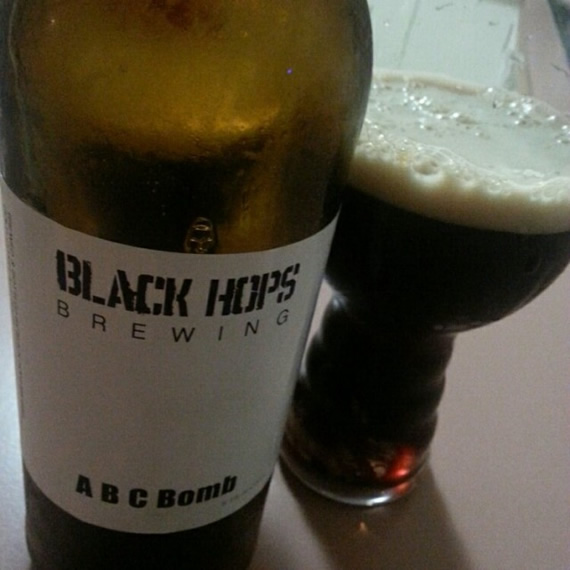 We had high hopes for this one, not only because we all love the name, but we also love the style.

With Black IPA’s,  generally the hops tend to be hidden behind a roasty bitterness from the dark malts. We wanted the hops front and centre!

We used Carafa malt which gives a mild smooth flavour but still a nice rich colour and we backed off the dark malts to really let the hops shine (Citra, Chinook and Cascade). The goal was big tropical citrus notes without the typical roasty bitterness.

This one turned out very close to how we wanted. You could smell it as soon as you popped the lid! But still tasted like a black IPA.

We are pretty confident with this one to do commercially, but at the same time we have one other one we are a bit more excited about. 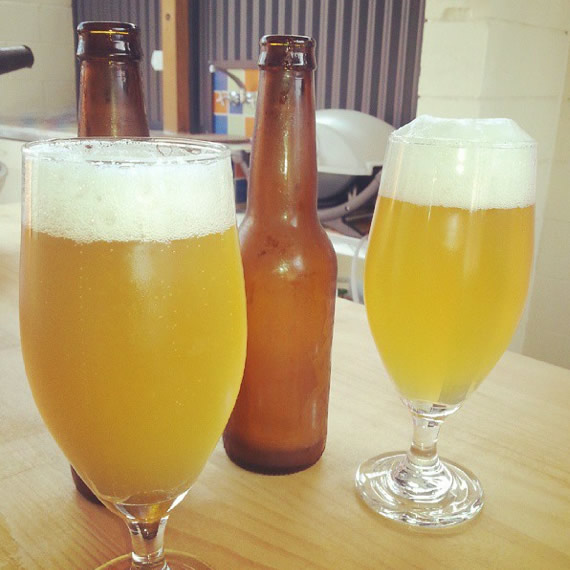 We have long been of the opinion that Saison is an underrated style. Blending a nice hoppy pale ale, with a delicious saison flavour seemed like a no brainer. Particularly for the tropical Queensland climate.

We chatted to our favourite bars about it and we were clear that this would be our next beer.

For our first crack, we brewed a pale ale with an additional 30% wheat. We fermented at 18* which isn’t the typical ferment temp for a farmhouse ale (generally 24* then up to 30* for final few days, which is how the funk is achieved).

We didn’t want the funk so much, but we got clean characteristics of a farmhouse ale, the dry finish clove, and zesty orange. The dry hopping brought in tropical aroma. We used mainly Galaxy hops.

The result was a spectacular looking beer, a strong saison flavour but a heavy bitter finish.

Most of the friends we gave it to, liked it. However the bitterness scared off a few non craft beer people. And we want this beer to be a gateway beer. The best of craft beer, but sessional and not too over the top. 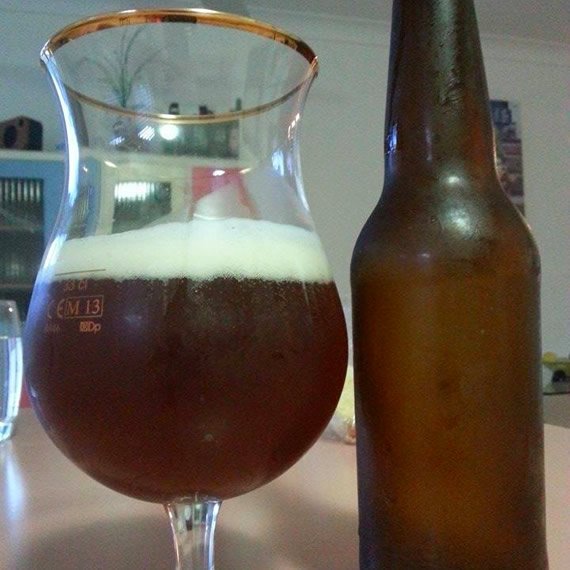 For version 2 we went the other end of the scale. We subbed in some CaraMunich malt (10%) to give colour and some malt richness and we backed off the hops for less bitterness. We didn’t put Galaxy in the boil which caused the bitterness in version 1.

The result was no bitterness, and still a decent saison flavour but a much darker beer than planned. More like a Farmhouse Red. It was a great beer and we are planning on doing something interesting with it as part of the Brewsvegas festival in March this year (small batch).

It wasn’t the Beach House Pale we were looking for though, so we knew we had to have another crack.

Brewing up a few pilot brews today, it was out last chance before Christmas. #craftbeer #brewing

On 6 December we brewed version 3 of the Saison, a Grapefruit Berlinner Weisse and the Ambush Amber (more on those below).

All of them were great, we did have to compromise a little bit though. Because we were close to Christmas, we had to shorten the conditioning (less clarity which would impact flavour) and we had to force carb the beer which isn’t as good as natural bottle conditioning (head not as firm, bigger bubbles and overall less control over co2 volume).

Even so, we got 3 great beers, here’s how it went. 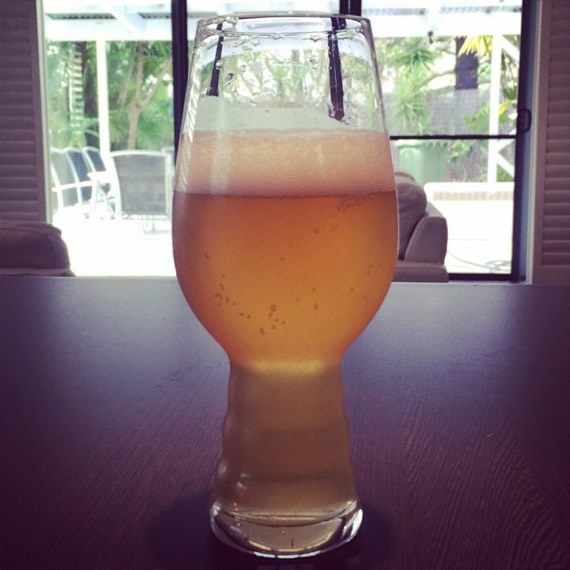 For the Beach House Pale, we combined the best bits of both. We left the Galaxy out of the boil, left the CaraMunich out and added oats for body and creaminess. We used the malt bill from Version 1 and the hops from version 2.

The result was what we were looking for. Subtle hoppy pale ale with the classic saison flavour. We are hoping this will be our next commercial beer so stay tuned! 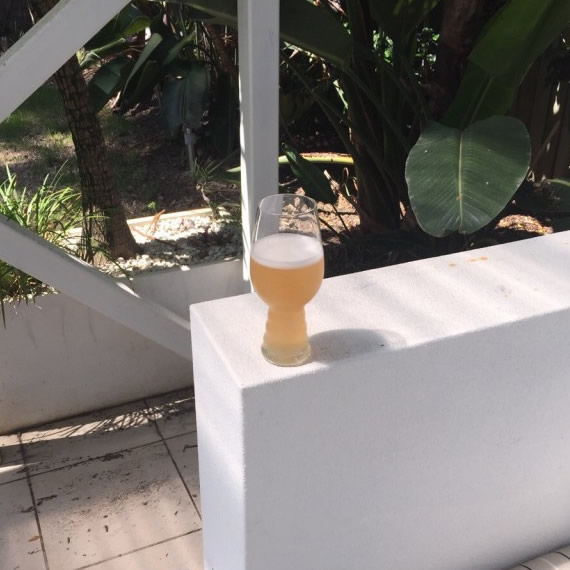 For this we did a sour mash with lacto and raw malt over 8 hours @ 35-40* until the right pH was achieved. We then boiled, hopped and fermented with german ale yeast. We then dry hopped with 1kg of flesh and 50g of zest.

The result was a very smashable beer. A little less sour than we hoped and a pretty strong grapefruit flavour. None of the red colour from the grapefruit came through in the final beer either.

This one was a solid sessionable beer, however it probably wasn’t in our top 3 or 4 and may not see the light of day any time soon. 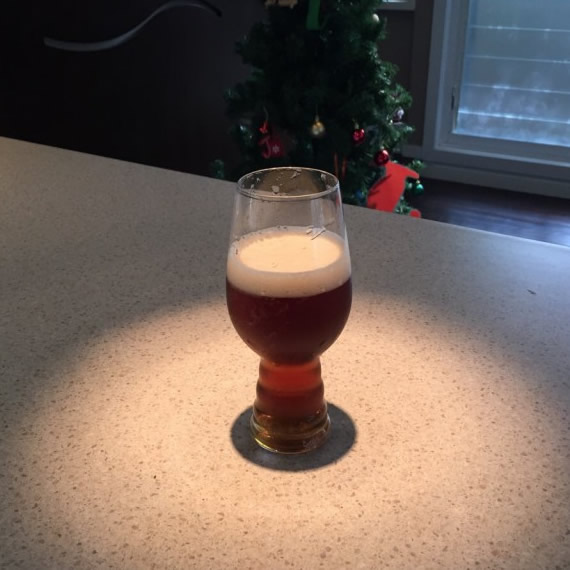 All 3 of us love red ales so we are really keen to nail a hoppy, jammy Red IPA at some stage. We also love the name “Code Red”, so we were keen to have a crack at this one.

We brewed a typical red ale brew to start with. An APA backbone with some Caramel, Dark Crystal and Black malts. 45min mash at 65*. 75* mash out. 90min boil. The hops were 10g Nelson 75min, 25 Citra, Cascade and Simcoe at 0min. We dry hopped with Citra, Cascade & Simcoe.

The malts we used came through a bit more caramel in flavour than anticipated and the colour was not as dark as we would have liked. The Code Red quickly became the Ambush Amber 🙂

The flavour wasn’t quite what we were after either.

Govs thought the flavour imperfections were due to process but wasn’t sure where – possibly not long enough conditioning and residual alpha acetolactate (2 weeks usually gives the yeast time to Reabsorb).

Funny thing is though, most people loved it. We gave all of the beers out to our friends and this one got the most praise.

It’s a nice beer, however rather than release the amber, we are more likely to push with getting the red right for the commercial version.

So we will have another crack at this one. For version 2 we will add more crystal malt, less caramel, and slightly more dark Malt for a richer colour.

More time to condition will help as well. We’d also like to try some Mosaic hops in the dry hopping.

We hope this has been useful. If you are interested in craft beer and the brewing business, please jump on our emails below. We send a regular update with the new content on our site and what we are up to.

Our short term plans are focused around a number of events for Brewsveges in March in Brisbane. We hope to meet you there. If you have any questions or thoughts, please let us know in the comments below.