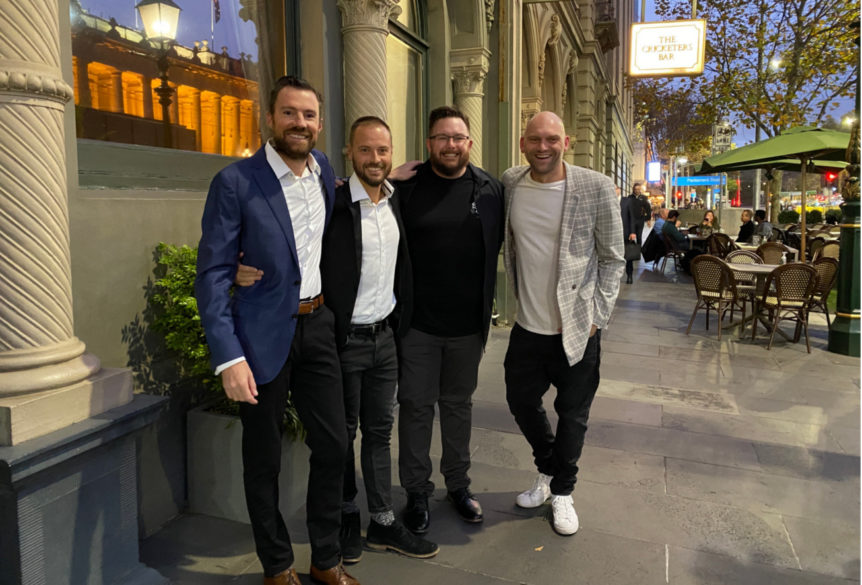 After a hiatus last year, the Australian International Beer Awards (AIBA’s) were back again in 2021, with the Black Hops founders heading down to Melbourne on 20 May to represent as part of the bulging Queensland contingent of craft brewers.

The AIBA’s have been going for over 25 years and are the largest annual draft and packaged beer competition in the world, attracting around 2,600 entries from more than 400 breweries in 26 countries. It allows us to benchmark our beers against the best breweries in the world and we’ve managed to walk away with gold medals for our beers at every AIBA awards ceremony we’ve entered since 2016.

And this year we not only continued our streak of gold medals, we also got 5 gold medals, the equal most we’ve ever got at any awards show!

Here are the Black Hops beers that won gold medals:

Medals are awarded if beers meet certain scores, so in each category there could be multiple bronzes, silvers and gold.

From our point of view getting any medal at the AIBAs is a great achievement for a brewery. Brewing beer to style is a show of quality and consistency and we love the opportunity to submit our beers to the beer judges each year.

In addition to our gold medal beers we also nabbed a swag of silver and bronze awards. Here’s how our other entries fared.

A massive shout out to the brew crew, who keep stepping up and delivering consistent and quality output across our three breweries, as the volume of beer we produce continues to increase. It’s truly a testament to their great work that we continue to be recognised at awards such as these.