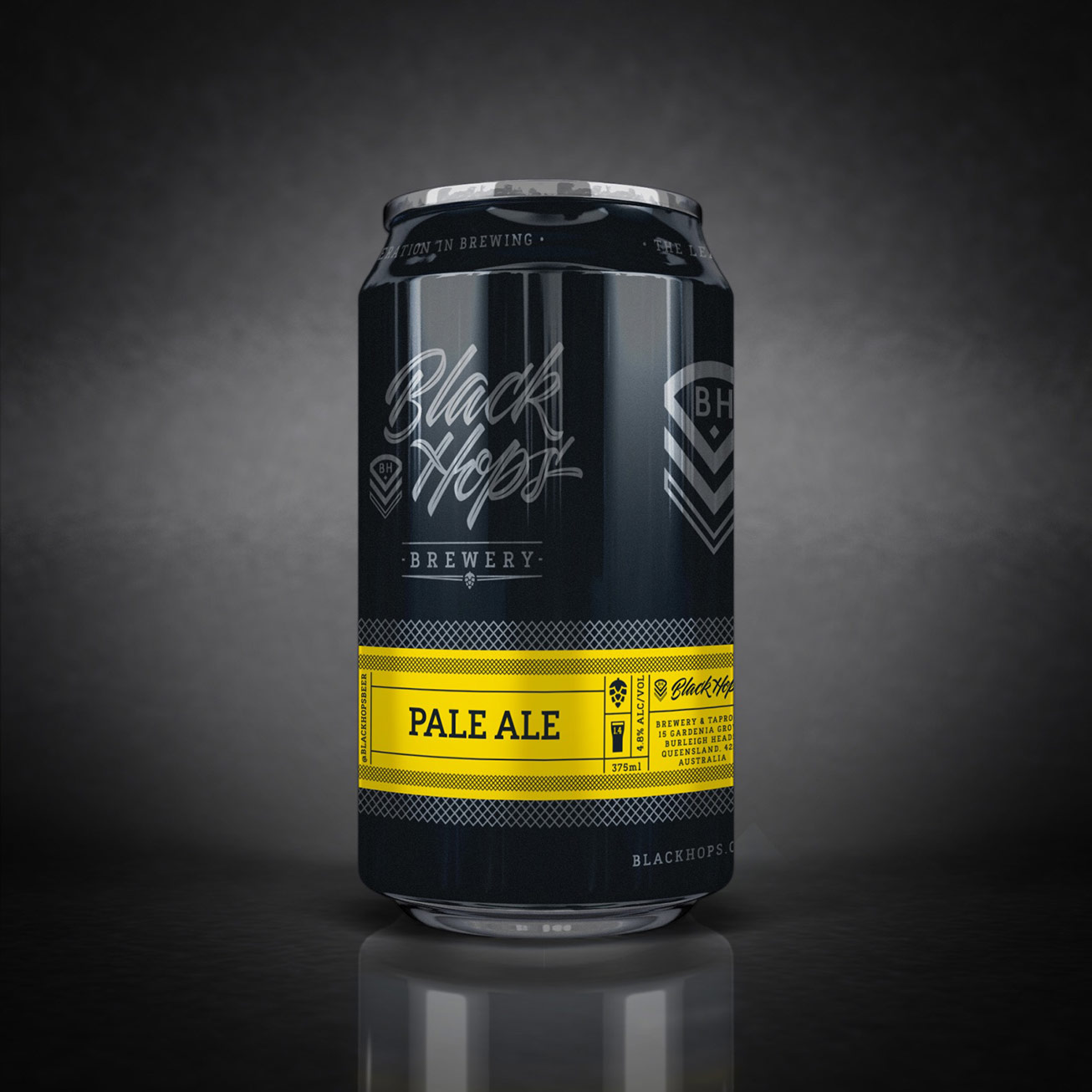 Pale Ale. You can’t get any more to the point than naming your beer exactly what it is. For Gold Coast brewing operation Black Hops, deciding to launch a straight up Pale Ale and calling it exactly that, ended up being a no brainer. Although as is often the case when things appear outwardly simple, a lot of thought and variables went into the final decision.

The Black Hops brainstrust, Gold Coast beer aficionados Dan Norris, Eddie Oldfield and Michael ‘Govs’ McGovern have a proven track record when it comes to creatively brewing and naming their beers, but this time around keeping things simple was the key focus when it came to putting out their newest beer.

Says Dan; “Most of our other beers appeal to more seasoned craft beer drinkers and we’ve tended to go for big, bitter and bold beer flavours like your IPA’s, Saisons and Stouts. For this beer we wanted to be able to offer all types of beer drinkers an easily recognisable beer option. These days everyone out there knows what a ‘pale ale’ is, it’s a style loved by people new to craft beer all the way through to die hard craft fans.”

Despite it’s simplicity and universal recognition, plenty of thought went into settling on the final name. Adds Eddie: “A lot of our beer names tend to revolve around military themes, such as Hornet, Code Red or Pink Mist, which ties in with the brewery name.This time we decided to be a little less ‘clever’ and let the name describe the beer. A big part of this was, as Dan said, pitching it to less seasoned, entry level craft beer drinkers. And jaded craft beer veterans looking to get back to their roots!”

While there may be 101 pale ales already out there, the boys are confident that Black Hops Pale Ale will cut through and leave a lasting impression on the palates of novice and seasoned craft drinkers. In the words of head brewer Govs; “no need to overthink this beer, it strikes a quality balance of pale malted barley and tropical hop aromas. I like to think of it as the Black Hops beer for every occasion.”

As to where you can find it, the first, limited run of Black Hops Pale Ale is available at their brewery Taproom in Burleigh as well as selected venues and bottle shops in the South East Queensland and Northern NSW areas. The boys also did a public pre-sale of 40 cartons online, which sold out in 2 hours.

In another first for Black Hops, Pale Ale will be their first beer to come in cans.

The cans will come in a neat 12-pack carton, keeping the price well under $50.

The beer will be out in early April.