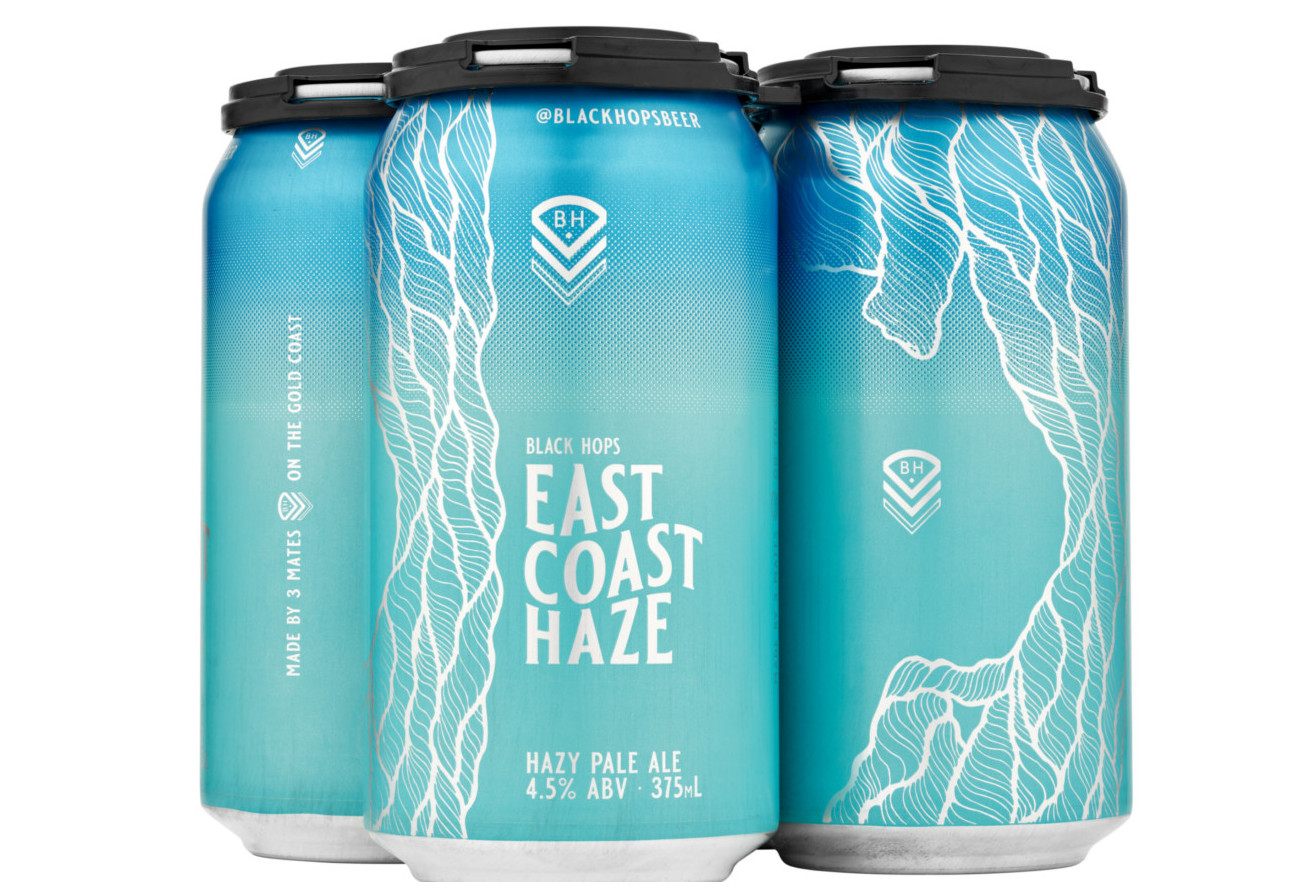 The eighth beer to become a Black Hops core range staple, East Coast Haze is described as: A cool coastal breeze in the golden sunshine, this refreshingly smooth hazy pale ale is like those perfect Aussie days. Gazing out on an aqua blue ocean as the waves greet you in the soft sand, you might find yourself lost in the haze. Freshly hopped with Mosaic, Amarillo and Eclipse to inspire your senses with notes of tropical fruit and citrus as the sun dips slowly into the sea.

East Coast Haze is a smooth and sessionable addition to the Black Hops core range of beers. Serving as a tribute to the chilled, idyllic home-town vibes of the Gold Coast, the beer has its origins as a 2020 limited release beer known as East Coast Low (the name of which was based on the weather pattern so prevalent on the Queensland coastline during the tropical months.)

Keen followers of the Black Hops brand will have noted an evolution in the design and colour scheme of the East Coast Haze cans. Says Black Hops CEO and co-founder Dan Norris on the journey involved in delivering this new vision; “This beer is very much inspired by the place that we live and love. To reflect this we’ve gone for a revamped look and feel with the colour and design of the can, something we can build a brand around outside of the traditional black logo and design of our other core range beers. We think it’s the right beer at the right time.”

To support its launch into the ultra-competitive craft beer marketplace, Black Hops will be spreading the East Coast Haze love via previously untried marketing strategies such as billboards, bus shelters and even a fully branded caravan, as well as rolling out a range of coastal themed merchandise such as surfboards, skateboards and cooler bags.

As well as being permanently available at the three Black Hops taprooms, East Coast Haze is currently being rolled out at a range of licenced outlets and venues throughout Australia.

The Black Hops team have been very active in sharing their story via blogs, podcasts and on social media: