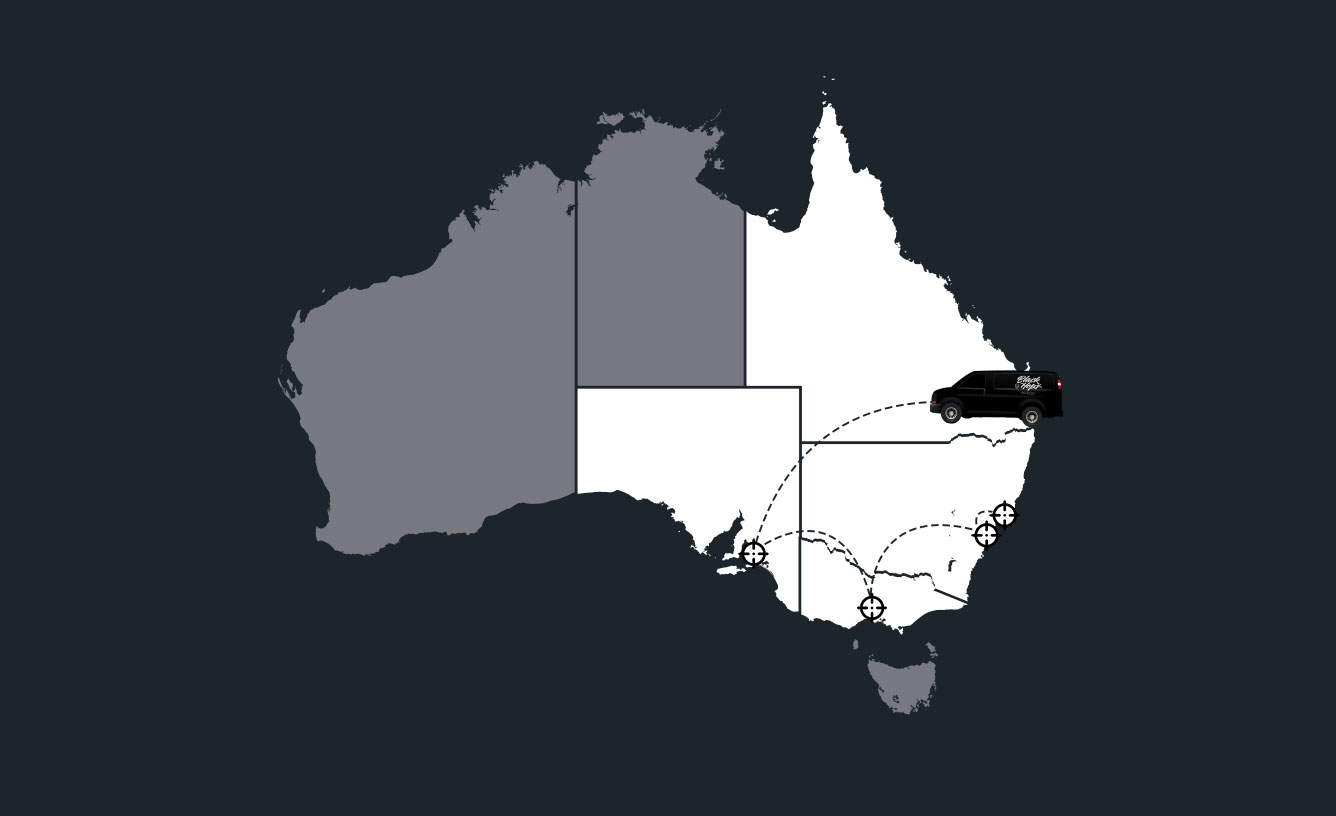 The past 24 months have seen the fledgling craft brewery on a rapid growth curve, culminating in the launch of their second brewery, Black Hops II, on the northern end of the Gold Coast, on 2 March. This was achieved off the back of a record breaking equity crowdfunding campaign.

With the onsite taproom, Black Hops II delivers northern Gold Coast residents with a vibrant new locale right on their doorstep. But it’s the onsite 60 HL production brewery that is allowing the company to significantly upscale their production capacity into the millions of litres per year.

With demand for Black Hops from interstate venues and retail outlets already strong, this increased production capacity will see the company begin to make their beer available in a range of new interstate territories from early April. Says Black Hops Co-founder and Brewery Ops Manager Eddie Oldfield: “we’ve always had a lot of interest from around the country but our local growth has been enough to keep our tanks full in Burleigh, so we’ve been unable to branch into the southern states. With Black Hops II now operational, we can finally meet some of that demand.”

Black Hops will be distributing the beer via a partnership with Paramount liquor, who offer cold storage and distribution in Newcastle, Sydney, Melbourne and Adelaide.

In support of their expansion, Black Hops will be announcing their presence with a number of “tap takeover” launch events in Sydney, Newcastle, Melbourne and Adelaide in early April:

Wednesday, 3 April at Cry Baby in Adelaide.
Thursday, 4 April at The Alehouse Project in Melbourne.
Friday, 5 April at The Union Hotel in Newtown.
Saturday, 6 April at The Blind Monk in Newcastle.

The 3 Black Hops founders will be present at all of these launches, with a range of core and limited release beers.

Following the launch events the company plans to ride the momentum via a grass roots, customer driven expansion campaign into new venues and outlets. Says Black Hops founder and head brewer Michael ‘Govs’ McGovern: “we’ll be actively interacting with our customer base in these new territories to spread the word on Black Hops and help our Reps get our beer into as many venues and outlets as possible. With the combined might of our Burleigh and Biggera Waters breweries we’re ready to finally let the rest of Australia have access to our beers at their favourite local or bottle shop.”

Black Hops Brewing, billed as the least covert operation in brewing, is 3 mates making craft beer and sharing everything they learn along the way. After discussing a concept over beer at the pub in 2014, Dan, Eddie and Govs set off to make their first beer, the Eggnog Stout. Once the pilot brew batch was out, their attention quickly turned to doing a proper commercial brew. Within a few months they had their Eggnog Stout out in bars and got to work on building their own brewery.

In 2015, they brewed the world’s first official Call of Duty beer, a Midnight Pale Ale. In 2016, they successfully raised $17,000 via a crowdfunding campaign to become the first Aussie brewery to launch via crowdfunding. They opened the doors to their original brewery and taproom in Burleigh Heads, on the Gold Coast, in June 2016.

Since then, Black Hops has gone from strength to strength, rapidly expanding into over 400 venues and retail outlets, including Dan Murphys and BWS stores, and winning a swag of industry awards along the way, including:

To help fund the new brewery, a highly successful equity crowdfunding was rolled out, which delivered a number of landmark achievements:

The pending launch of Black Hops into NSW, Victoria and South Australia signals an exciting new phase in the growth of the company as a major player on the Australian craft beer landscape.