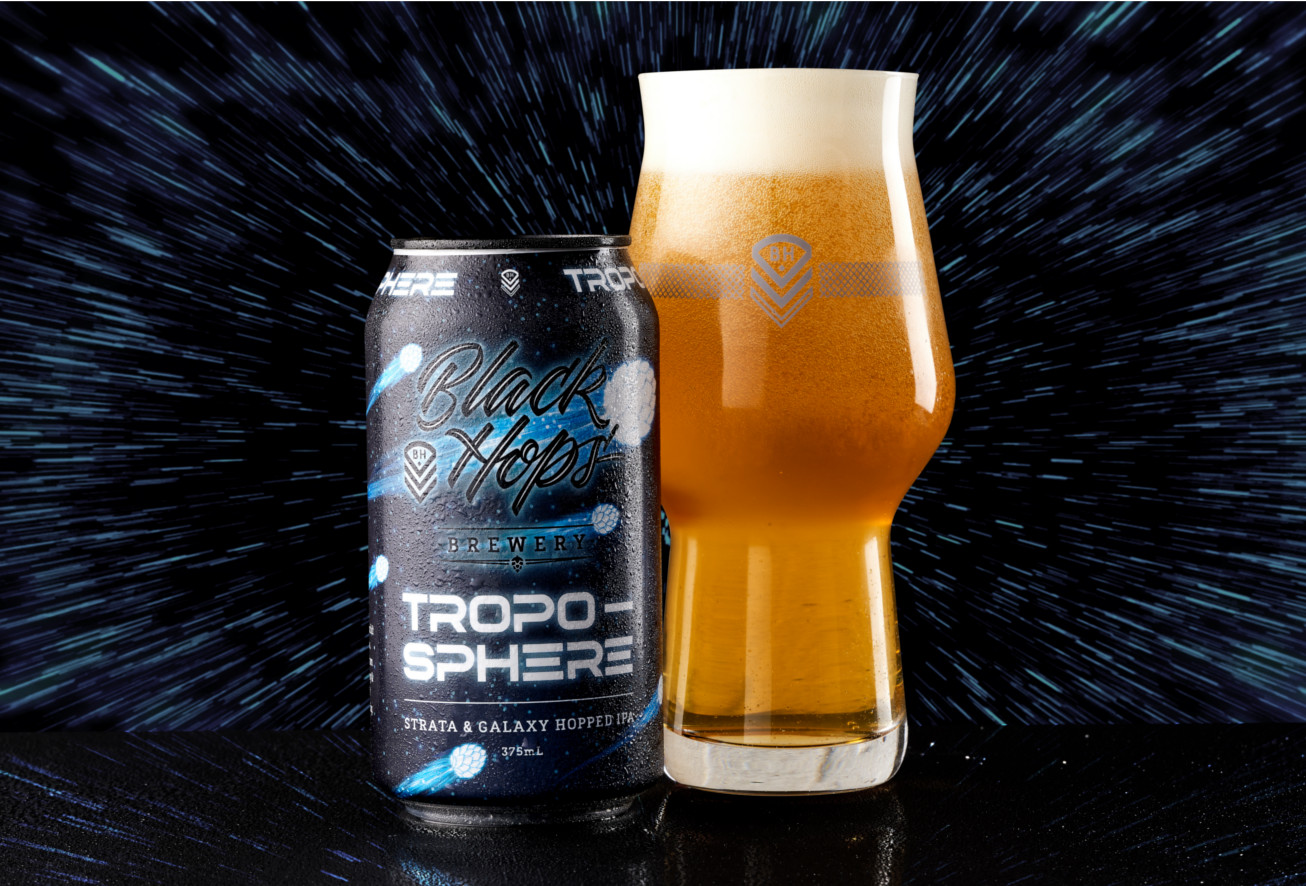 When it comes to craft beer, the saying ‘drink fresh’ is a good adage to drink by. And this is especially the case when it comes to beers that contain a strong hops flavour profile, such as Pale Ale’s, Hazy’s & IPA’s.

Previously on the blog we’ve published an article called ‘How To Make Sure You Are Drinking The Freshest Beer’, where we went into the 5 main factors that affect the quality of beer, namely: age/shelf life, storage temperature, light, oxidisation and brewing processes.

In this post we’ll focus on the importance of drinking hoppy beers such as IPA’s as fresh as possible.

Why should you drink hoppy beers fresh?

In addition to our Core Range Hornet and Super Hornet, a lot of our limited release beers at Black Hops are of the hoppy IPA variety. And for those of you who enjoy stocking up on our limited run beers, the temptation may be there to hold onto them for as long as possible and savour them for a special occasion many months down the track.

Alas though, fine beers are not like fine wines and IPA’s in particular don’t get better with age. Even if you keep them in an optimal storage environment (cold, out of sunlight) when you eventually crack them open you’ll only be getting a fraction of the flavour experience. The Californian brewer Russian River Brewing Company spell things out very clearly on their renowned Pliny The Elder Double IPA, which is branded with slogans such as “Sit on Eggs. Don’t Sit on Pliny,” and “Hops Don’t Improve With Age.”

As a general rule, full flavoured craft beers should be consumed as fresh as possible. And this is especially the case for beer made by smaller local breweries, who generally operate via manual processes with very little intervention. This is part of the beauty of local, fresh, craft beer.

Of course there are exceptions for beers that are brewed to get better with age, like some Belgian beers and darker beers. But for the most part, the beer you are buying to drink at your local brewpub will taste much better if it’s been brewed recently.

Why do hoppy beers lose their flavour when they get old?

Hops is the ingredient that adds bitterness, aroma and fruity flavour to beers, making it the key ingredient in IPA’s and Pale Ales. When hoppy beers are no longer fresh, their flavour profile starts to diminish significantly, causing them to lose their intense, hoppy ‘zing’. The distinctive floral and citrus notes that hoppy beer fans love become more and more muted as the beer’s hoppy integrity continues to lessen and become compromised over time.

If the beer gets really old (ie. well past it’s ‘best before’ date) then you may start to notice stale, malty, caramel or even sour flavours starting to come through.

The main reason for this is that the iso-alpha-acids, extracted from hops during boiling and a major component in the flavour profile of hoppy beers, are very susceptible to oxidation.

Oxidisation is a chemical reaction that degrades the quality of beer and is always occurring in packaged beer, regardless of how it is stored. As with most chemical reactions, heat and motion accelerate oxidisation, so storing beer warm will make it worse. Having it regularly moved (for example beer that travels from overseas) will also make it worse. But ultimately, either way it will happen, so hoppy beer will start showing signs of oxidisation the longer you keep it. An untrained drinker may not notice it until it’s quite pronounced but as your sensory skills grow, you’ll be able to detect oxidation earlier and earlier.

Generally speaking, there are no serious health risks associated with drinking old beer or beer that has gone beyond its ‘best before’ date. It won’t make you sick, as it doesn’t spoil or become germ ridden once it’s gone through the proper fermentation process during brewing. Drinking old beers is bad news for your senses though, as the flavour, aroma and mouthfeel all take a hit.

The ‘packed on’ date vs ‘best before’ date

When it comes to drinking fresh, going by the ‘best before’ date can be a mistake. The best before date can be up to a year from the time of brewing in some cases (breweries choose what it is, in our case generally 6 months). It’s unlikely you’ll fall ill if you drink a beer that’s close to or even beyond its best before date. However depending on how the beer has been handled, it’s probably not going to taste very good, especially if it’s a hoppy beer. Best before dates are put in place because of food standards, they aren’t a good indication of how the product will taste.

Thankfully most craft breweries these days are putting ‘packed on’ dates on their cans and we recommend that you look at this date as your guide for drinking fresh. If you want to be nostalgic, you can always keep the can on your bar as a reminder of how tasty it was when you knocked it back fresh-as!

We go into these tips in greater detail in our original article:
How to Make Sure You’re Drinking The Freshest Beer

Which beers can you hold onto?

Yes there are some beers that are brewed to get better with age. Dark beers and beers with a higher ABV typically benefit from aging, so many of your Belgian beers will actually taste better if you hang onto them for a bit longer.

Barrel age beers can also benefit from a longer shelf life. These beers are stored in wooden barrels (typically oak) that have previously stored wine or spirits and then left to age for a period of time. This allows the beer to absorb the flavours and aromas within the barrel.

We’re currently in the process of setting up our own barrel aged beer tasting room, where we’re currently storing Lark Whiskey barrels full of imperial stout, white wine barrels filled with a Golden Ale for a lambic and red wine barrels with a Flanders Red. You can read more about our barrel age beer project, AWOL, here.

Non-hoppy beers that use spices and ingredients such as ginger can also benefit from aging, as these types of ingredients can integrate better the longer they stand – a bit like cooking spicy curries, which can taste better a few days later.

We hope this article has been useful in clarifying why ‘fresh is best’ when it comes to Pale Ale’s, Hazy’s, IPA’s and other hoppy beers. If you’ve got any feedback feel free to leave a comment below.