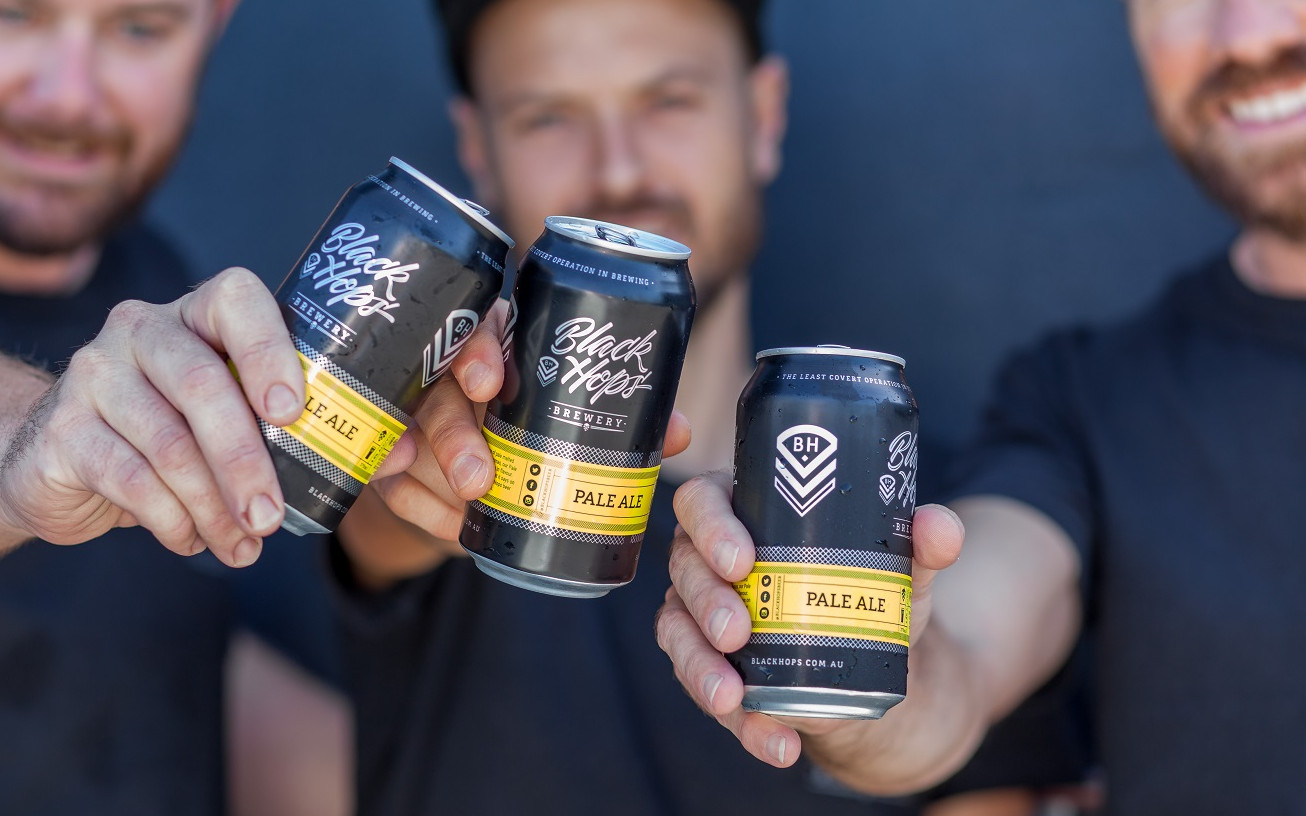 Those of you who have followed the Black Hops story will know that over the past few months we’ve started to make the switch to selling our beer in cans rather than bottles.

When we started out, we bought a small manual 4 head bottling machine which enabled us to bottle beer on a very small scale. It was cheap and meant we could sell bottles at the Taproom, but it was very inefficient and very expensive. The plan was always to try to package on a bigger scale and cans have been on our radar from day 1.

Up until recently many people have had the perception that beer in cans is somehow inferior. A lot of this can be put down to long-held stigmas and incorrect assumptions. Although there’s still a bit of resistance to overcome yet; the 2016 Craft Beer Survey by Beer Cartel found that out of 6,500 respondents, 37% believed that beer in bottles is better, versus 23% who thought cans were better. Although 40% of respondents were neutral, so the tide is turning when it comes to how drinkers rate beer in cans.

The wine industry recently went through a similar attitude adjustment, when many winemakers moved from corks to screw tops on their bottles. When people started to understand the benefits of screw tops (the bottle is easier to open, the wine stays fresher and lasts longer, less corked wines etc) long held prejudices around the superiority of corks rapidly disappeared.

Cans have been around for many years with the big breweries. I’m sure everyone’s picked up a slab of tinnies sometime over their beer drinking journey. And plenty of small to medium sized Aussie breweries are now coming onboard with cans, including Pirate Life Brewing, Balter Brewing and Little Creatures, with their Dog Days Summer Beer. There’s even a canned craft beer festival in Arizona in the USA, celebrating the so-called canned craft beer revolution!

So let’s look at a few of the main reasons why selling beer in cans make sense and the reasons why we chose to go down this path. 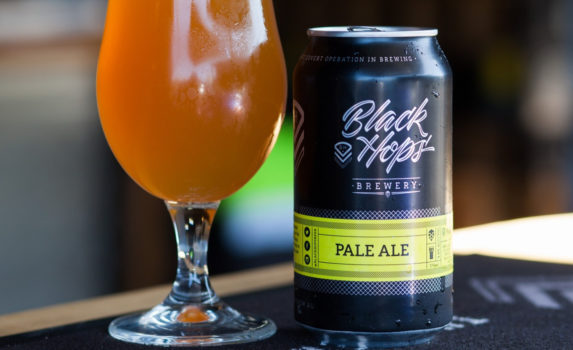 As we’ve already discussed as part of a recent blog post, light is the enemy of beer. If beer is exposed to direct sunlight it will start tasting ‘skunky’, which is a term used to describe ‘lightstruck’ beer which ends up with a musky smell and sulphurous taste. Green and brown bottles do an adequate job of filtering out sunlight, but you can’t beat the good old can when it comes to stopping potential light damage.

Beer in cans also help prevent another mortal enemy of fresh beer, oxidisation, which causes beer to taste like cardboard, bland and muted. As cans have a tighter seal than bottles, they’re more effective in stopping the escape of gases. This is known as a hermetic seal and helps reduce the rate at which the beer oxidises. 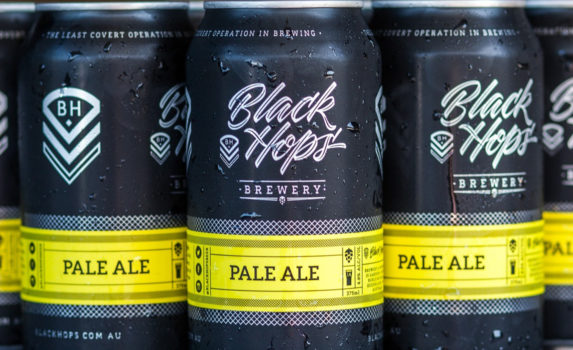 It’s a bit of a personal preference, but we think cans are sexy. Case in point, Black Hops Pale Ale. When we decided to sell it exclusively in cans, we got design boss Matt Vergotis onboard to help with the packaging design. He did such a good job that we scored a gold medal for our can design at the recent AIBAS, which you can read about here. We discussed the process of coming up with the designs in a recent podcast and blog post.

There’s no such thing as a ‘tinny’ taste

The old myth the beer in cans has an aluminium aftertaste needs to be put to rest once and for all. The fact is that beer cans have a plastic lining that stops the beer from coming into contact with the aluminium can. So if you think you can taste aluminium, there’s either something wrong with the can or you have an overly vivid imagination.

A little while ago American craft beer giant Sierra Nevada Brewing ran some tests on their beer and found there was no statistical or analytical difference in the flavour of their beer in bottles versus cans.

Beer in cans are super practical and versatile

Beer in cans are a perfect match for the Aussie outdoor lifestyle. They chill quicker, due to the fact that aluminium is thinner than glass and has better thermal conductivity. Glass is also often not allowed in places such as national parks and outdoor events, so you’ll also have more success in bringing cans along for outings where alcohol is permitted.

They’re not as heavy as beer in bottles, are more durable (no risk of broken glass at your next party or outdoor shindig) and recycle better. And because of their shape and size they stack easier and you can fit more of them in your fridge or esky. That means they are also cheaper and easier to send and store.

Beer in cans are more economically viable for brewers 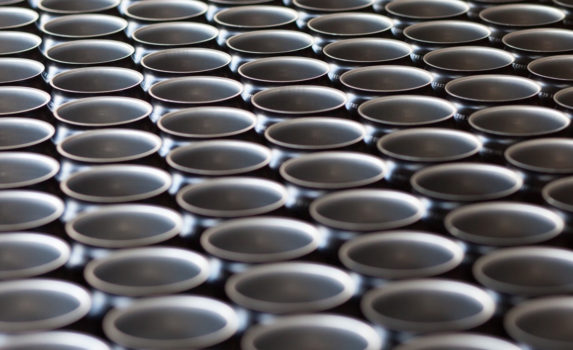 There’s a bunch of reasons why producing beer in cans is more economically viable for breweries:

Availability of a mobile option

One of the biggest reasons we chose to go with canning was knowing that mobile canning operators were opening up in our region. This means we didn’t have to fork out hundreds of thousands of dollars for a canning machine. We had been chatting with Scott and Lisa from Craft Punks Canning for quite awhile before deciding to go down the canning path. They have been great and having them on board, has meant we can produce cans at a reasonable scale without a huge outlay up front.

Here’s a short clip of the Craft Punks Canning production line in action at Black Hops.

We hope this has been useful, if you want to get deeper into the beer world and chat about beer with us regularly, join us in our free Black Hops Ambassador Group on Facebook. If you have any questions, feel free to ask them below.